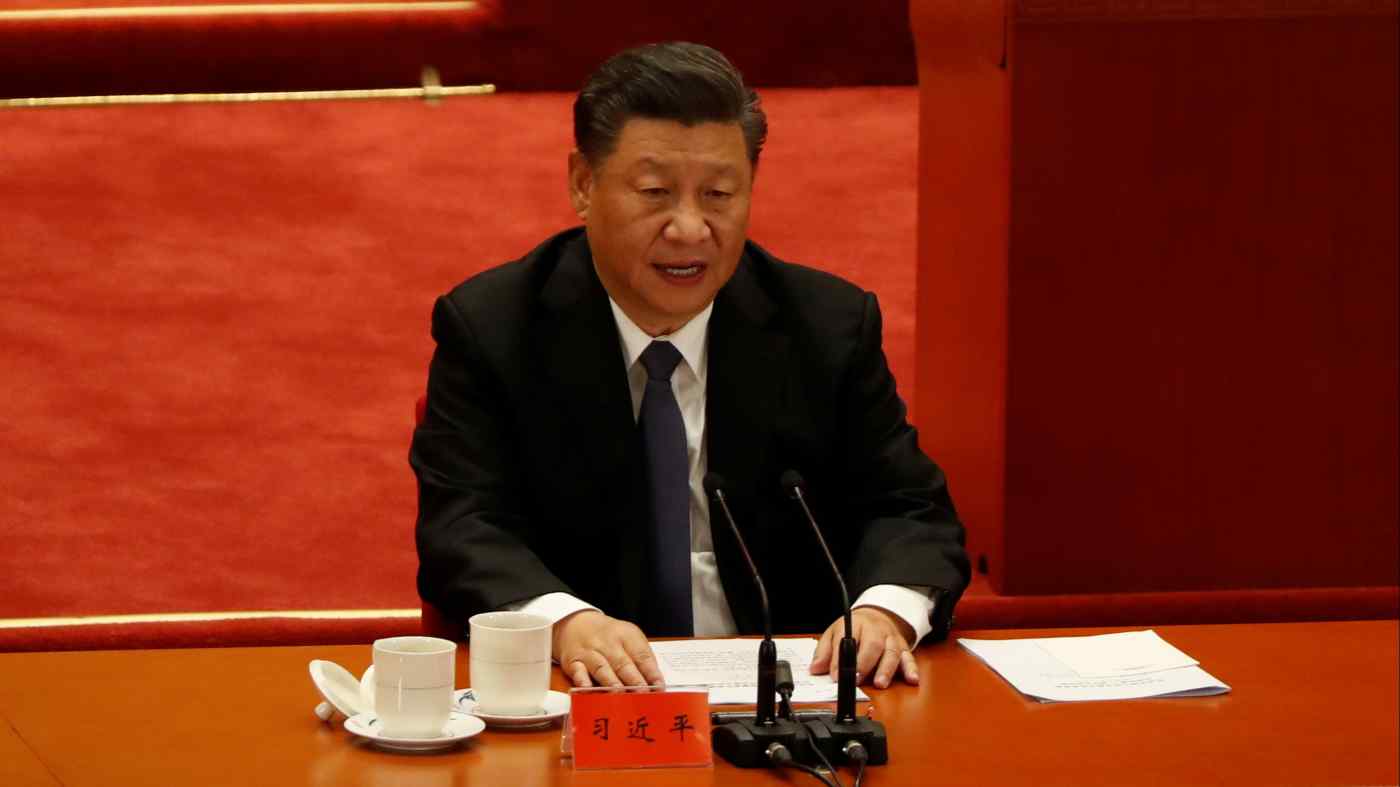 BEIJING (Reuters) -- Seventy years after Chinese troops entered the Korean War to fight against U.S. troops, President Xi Jinping said on Friday that China will never allow its sovereignty, security and development interests to be undermined.

Xi did not directly refer to the present-day United States, with which relations have sunk to their lowest in decades over disputes ranging from trade and technology to human rights and the coronavirus. Taiwan has a become a growing point of contention and military tension.

"Let the world know that 'the people of China are now organised, and are not to be trifled with'," Xi said at the Great Hall of the People, quoting Mao Zedong, the founding father of the People's Republic of China.

Unilateralism, protectionism, and bullying would fail, Xi said on the anniversary of the deployment of Chinese troops to the Korean peninsula to help North Korea fight U.S.-led United Nations and South Korean forces during the 1950-53 conflict.

Xi repeated his call to expedite the modernisation of the country's defence and armed forces. "Without a strong army, there can be no strong motherland," he said.

Tensions have risen sharply in recent months over Taiwan, with Washington stepping up sales of military hardware to the democratically-ruled island and sending high-level officials to visit. This week, Washington approved the sale of weapons systems worth up to $1.8 billion, angering China.

China, which considers Taiwan a wayward province, has been applying increasing pressure to accept Beijing's sovereignty, including flying fighter jets across the mid-line of the Taiwan Strait, an unofficial buffer.

North Korea went to war in 1950 with the South, which was backed by United Nations forces comprising mainly U.S. troops. In October 1950, Chinese troops crossed the Yalu River on the border with North Korea while the Soviets provided air cover.

Over 2 million Chinese troops were deployed.

"After arduous battles, Chinese and Korean troops, armed to their teeth, defeated their opponents, shattering the myth of the invincibility of the U.S. military, and forcing the invaders to sign the armistice agreement on July 27, 1953," Xi said.