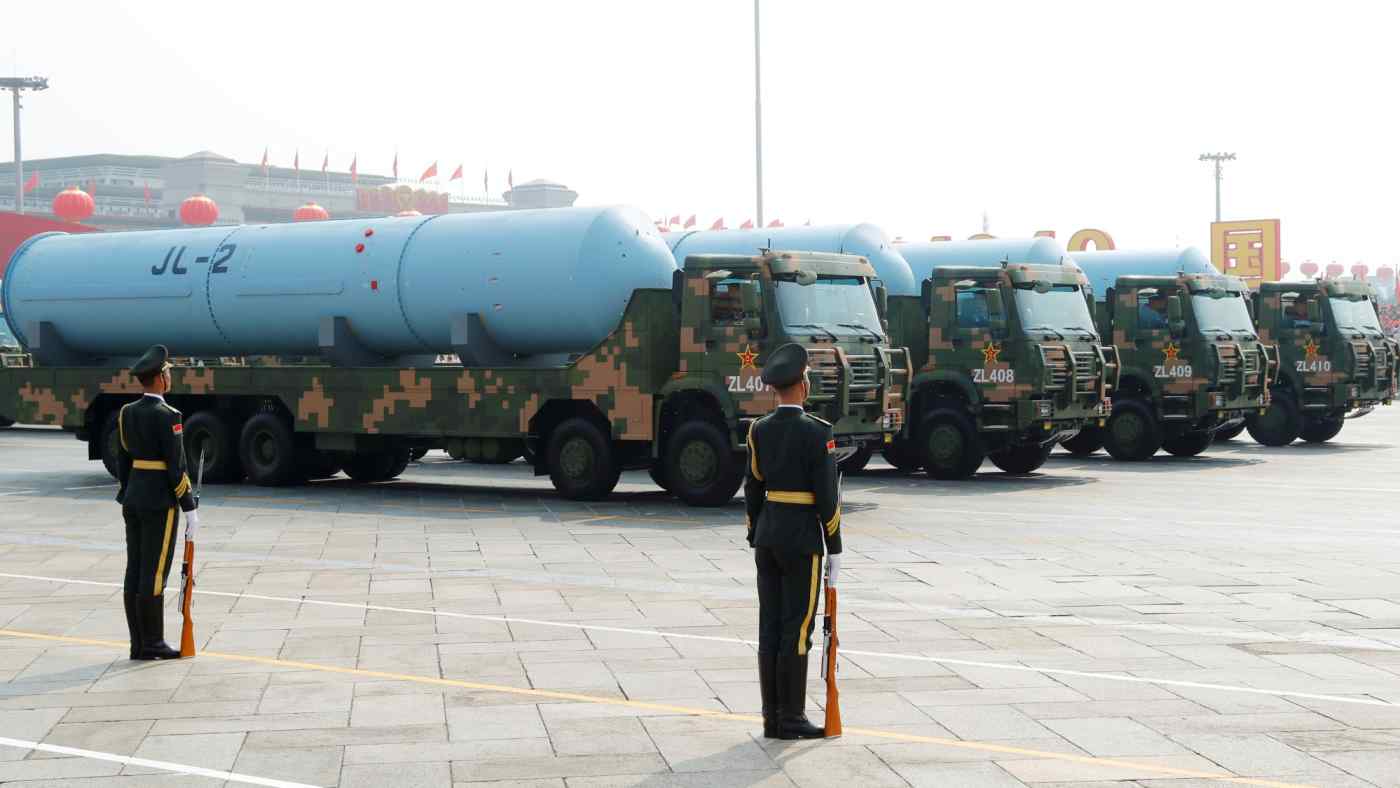 WASHINGTON -- China's nuclear arsenal will grow to 1,500 warheads by 2035, triple its current estimated stockpile, the Pentagon said on Tuesday in its annual report on Beijing's military developments.