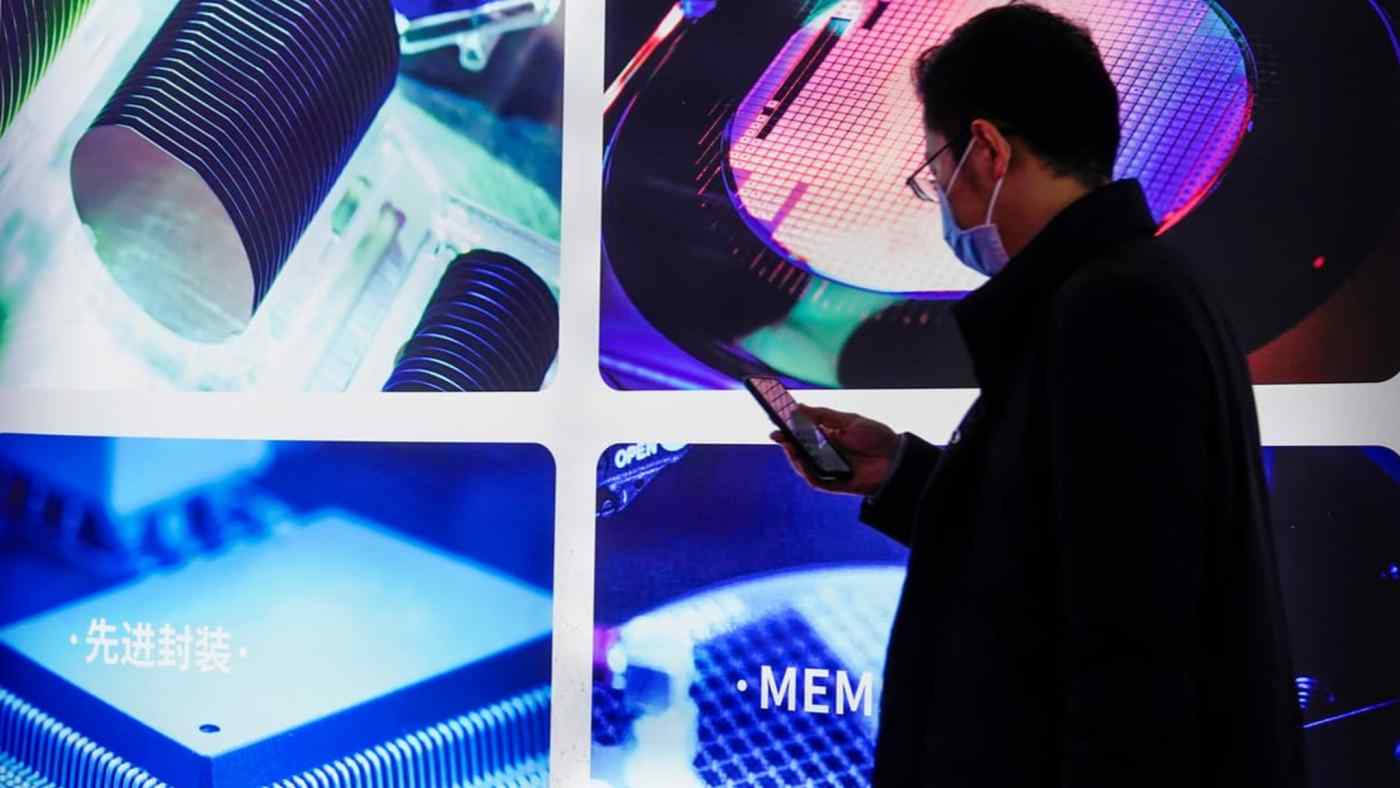 SHANGHAI -- China spent a record 213.6 billion yuan ($33 billion) in industry subsidies in 2020, eager to shore up key sectors including semiconductors and defense in its heated technology race with the U.S.

The figure represents a 14% increase from a year earlier, with payments to 113 businesses in the semiconductor sector totaling 10.6 billion yuan, or a 12-fold expansion from a decade ago. The figures were compiled by Nikkei based on listed companies' earnings data obtained by information firm Wind.

The massive infusion reflects President Xi Jinping's push to pour money into targeted industries to spur their growth as the nation competes with the U.S. for tech supremacy. In response, Washington is considering a support program to expand chip production at home, raising concerns about a subsidy race hampering fair competition.

Beijing also added to the subsidies for chipmaking equipment manufacturers such as Naura and Advanced Micro, as the machinery shortfall remains a challenge to its domestic production goal.

IC Insights forecasts Chinese-made semiconductors will account for only 19.4% of total demand in 2025. Domestic production of general-purpose chips remains a top priority even though such projects have tended to falter.

In the area of defense, Beijing is directing money to advanced key military technologies deemed essential to countering the U.S. Among the subsidy recipients are shipbuilder China CSSC Holdings, Avic Shenyang Aircraft, which builds fighter jets, and Beijing BDStar Navigation, responsible for the Chinese version of the Global Positioning System.

Subsidies to the pharma sector, including CanSino Biologics, which develops and manufactures a coronavirus vaccine, and Shanghai Pharmaceuticals Holding, rose sharply as well. 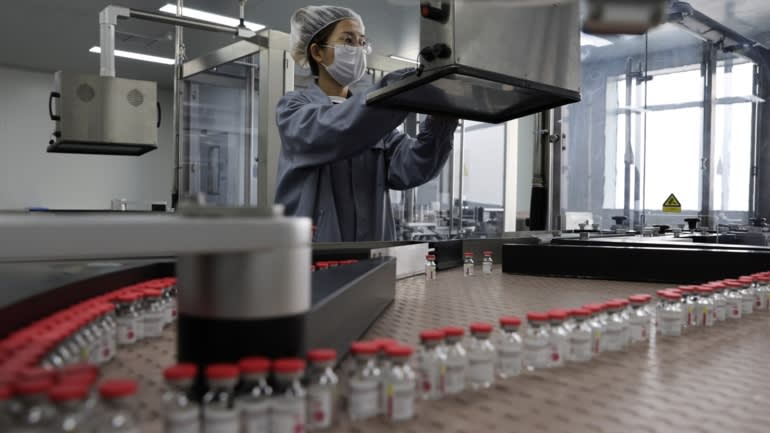 China drastically increased subsidies to drugmakers, including those involved in vaccine production.   © Reuters

Of the 4,290 companies included in the tallied data, 4,230 or 98% said they received subsidies, signaling that the standards have been eased. Roughly 10% received more than 100 million yuan.

The World Trade Organization forbids subsidies designed to promote exports or expand domestic production. Some claim spending on the steel industry, which led a global steel glut, violated the WTO rule. However, lacking data, the WTO has not been able to lodge a complaint.

Still the WTO does not forbid all subsidies, with many countries giving support to their home industries. Japan, for example, provided roughly 50 billion yen ($457 million) to Mitsubishi Heavy Industries for the development of its SpaceJet.

The U.S. and the EU have been fighting over the legitimacy of each other's subsidies for Boeing and Airbus since 2004.

Meanwhile, China has been using subsidies, along with low-interest loans, to nurture domestic industries. The pandemic undoubtedly entailed an increase in such spending in 2020 as seen in the case of rolling stock maker CRRC, which received subsidies to maintain employment.

Nevertheless, state-backed companies, which account for just a third of listed businesses, collected roughly 60% of the money, indicating an uneven playing field.

"The central government has yet to grasp the scope of subsidies by local governments," said Shinichi Seki, a senior economist specializing in China at the Japan Research Institute. That lack of transparency could end up allowing excess capacity just to maintain employment and economic momentum.

To counter China's use of subsidies, U.S. lawmakers are calling for a similar program. A bipartisan group of lawmakers is considering $50 billion in subsidies to expand domestic chip production, with the support of President Joe Biden.

"Semiconductors are used as intermediaries at home and could escape scrutiny," said Seki, pointing to problems with current WTO rules. "To maintain fair competition globally, international rules need to be renegotiated."