Forceful stance against Beijing a diplomatic victory for Biden 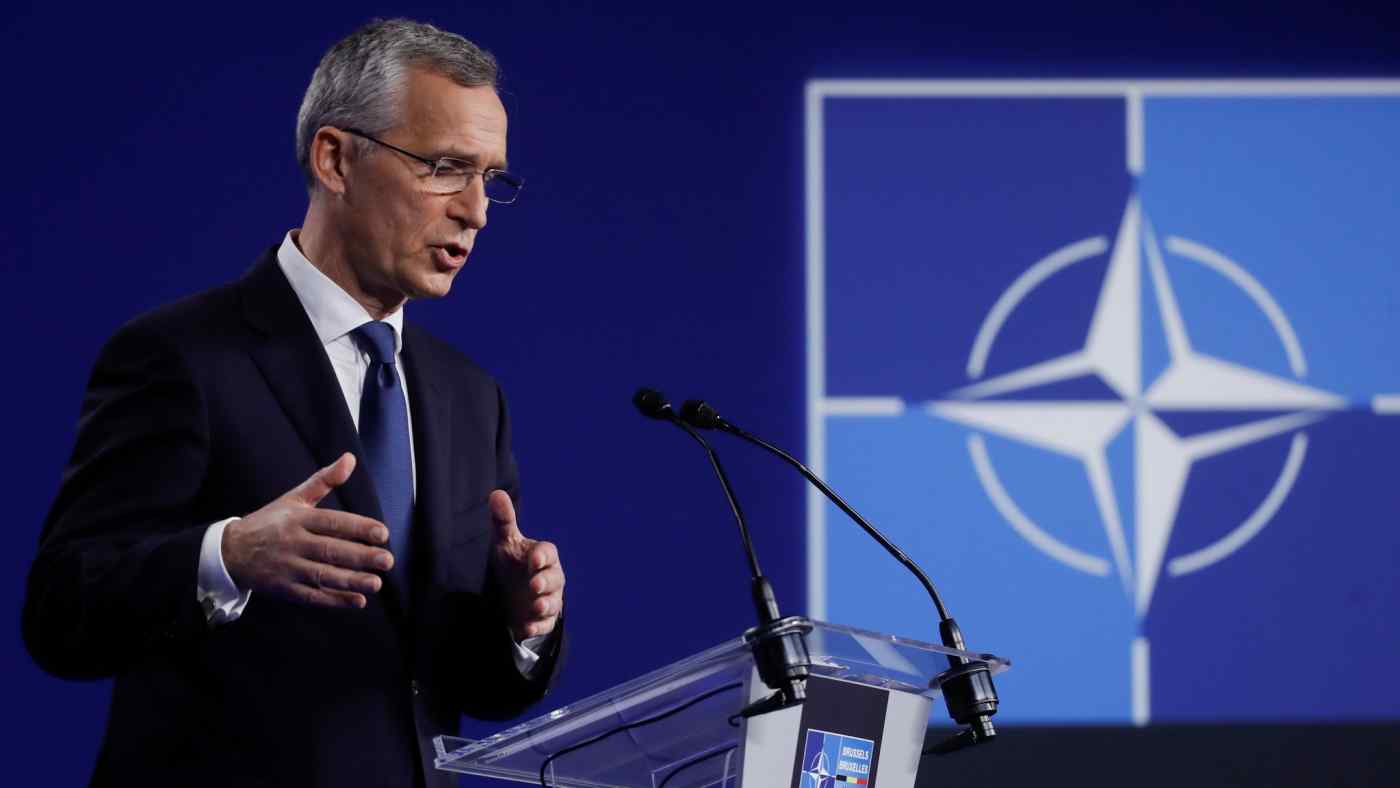 BRUSSELS (Reuters) -- NATO leaders designated China as presenting "systemic challenges" in a summit communique on Monday that marked a forceful stance for the Western military alliance, declared a priority for U.S. President Joe Biden after the Trump years.

In a diplomatic victory for Biden, who has urged his fellow NATO leaders to stand up to China's authoritarianism and growing military might, the final statement branded China a security risk to the Western alliance.

The language, which will now set the path for alliance policy, comes a day after the Group of Seven rich nations issued a statement on human rights in China and Taiwan that Beijing said slandered its reputation.

"China's stated ambitions and assertive behaviour present systemic challenges to the rules-based international order and to areas relevant to alliance security," NATO leaders said in a communique after their summit.

Biden also told European allies the alliance's mutual defence pact was a "sacred obligation" for the United States -- a marked shift in tone from his predecessor Donald Trump, who had threatened to withdraw from the alliance and accused Europeans of contributing too little.

"I want all Europe to know that the United States is there," said Biden. "NATO is critically important to us."

Germany's Chancellor Angela Merkel, at her last summit of the alliance before she steps down in September, described Biden's arrival as the opening of a new chapter.

Biden said both Russia and China were not acting "in a way that is consistent with what we had hoped", referring to Western efforts since the mid-1990s to bring both countries into the fold of liberal democracies.

In a sign of a common position emerging on China, no longer seen as a benign trading partner, the European Union has already designated Beijing a "systemic rival".

Allied leaders are also concerned about Russia's military build-up near Ukraine, as well as its covert and cyber attacks to undermine Western states.

"China is coming closer to us. We see them in cyberspace, we see China in Africa, but we also see China investing heavily in our own critical infrastructure," he said, a reference to ports and telecoms networks. "We need to respond together as an alliance."

G7 nations meeting in Britain over the weekend scolded China over human rights in its Xinjiang region, called for Hong Kong to keep a high degree of autonomy and demanded a full investigation of the origins of the coronavirus in China.

China's embassy in London said it was resolutely opposed to mentions of Xinjiang, Hong Kong and Taiwan, which it said distorted the facts and exposed the "sinister intentions of a few countries such as the United States".

"China's reputation must not be slandered," the embassy said on Monday.

British Prime Minister Boris Johnson, arriving at the summit, said there were both risks and rewards with Beijing.

"I don't think anybody around the table wants to descend into a new Cold War with China," he said.

From China's investments in European ports and plans to set up military bases in Africa to joint military exercises with Russia, NATO is now agreed that Beijing's rise deserves a strong response, although envoys said that would be multi-faceted.

Lithuanian President Gitanas Nauseda said that Russia was trying to "swallow" Belarus and that NATO needed to be united in deterring Moscow. Nauseda also said the Baltic nations would push for more U.S. forces in their region to deter Russia. ($1 = 0.8255 euros)