US to 'consider sanctions' against crackdown advocates, state secretary says 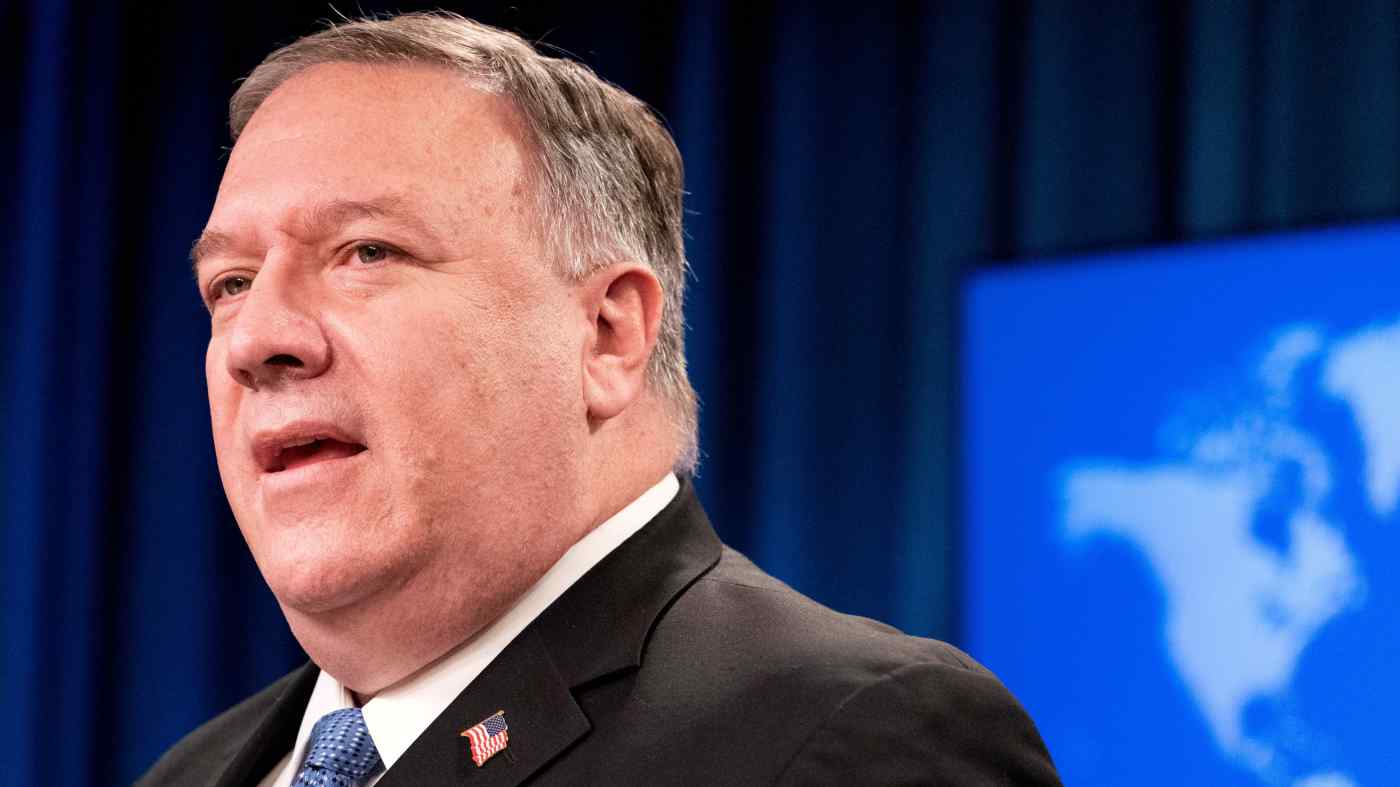 U.S. Secretary of State Mike Pompeo was "appalled" by the arrest of an American citizen in Hong Kong, while Chinese media countered by noting the deep divide among Americans.   © Reuters
January 8, 2021 11:52 JST | North America
CopyCopied

WASHINGTON/BEIJING (Reuters) -- Washington may sanction those involved in the arrest of over 50 people in Hong Kong and will send the U.S. ambassador to the United Nations to visit Taiwan, Secretary of State Mike Pompeo said on Thursday, drawing anger and the threat of retaliation from Beijing.

Pompeo said he was also "appalled" by the arrest of an American citizen in Wednesday's crackdown and added: "The United States will not tolerate the arbitrary detention or harassment of U.S. citizens."

Pompeo's statement came after a day of turmoil in Washington that saw supporters of President Donald Trump storm Congress in a bid to overturn his November election defeat. Trump finally conceded on Thursday that Joe Biden, who is due to be sworn in on Jan. 20, will be the next U.S. president.

Editorials in China's state media on Friday said the attack on the Capitol reflected a failure of leadership as well as the deep divide in American society and accused U.S. politicians of "double standards."

"In Hong Kong, violent actions are described as a 'beautiful sight,' in the U.S., people involved in this chaos are called 'mobs'," said The Global Times, a tabloid run by the People's Daily, the newspaper of the ruling Communist Party.

Among those detained was American lawyer John Clancey, who was allowed to leave a police station along with some others on Thursday.

Pompeo called the arrests an "outrage and a reminder of the Chinese Communist Party's contempt for its own people and the rule of law."

"The United States will consider sanctions and other restrictions on any and all individuals and entities involved in executing this assault on the Hong Kong people," Pompeo said.

He said it would also "explore restrictions against the Hong Kong Economic and Trade Office in the United States, and take additional immediate actions against officials who have undermined Hong Kong's democratic processes."

Pompeo also announced that Kelly Craft, Washington's U.N. ambassador, would visit Chinese-claimed and democratically run Taiwan, a highly symbolic trip as the island is not a U.N. member due to the objections of Beijing, which views Taiwan as a wayward province.

"Taiwan shows what a free China could achieve," he said.

"China will take all necessary steps to resolutely safeguard its sovereignty and security interests," Hua told reporters. "The United States must pay a heavy price for its mistakes."

In a later statement, China's mission to the United Nations called on Washington "to stop its crazy provocation" and warned that "whoever plays with fire will burn himself."

Taiwan welcomed Craft's visit, which will be the first of a sitting U.S. ambassador at the U.N. to the island, saying it demonstrated strong U.S. support for Taiwan's international participation.

U.S. lawmakers called the attack on Congress an embarrassment to U.S. democracy that would play into the hands of rivals, and deputy national security adviser Matt Pottinger, a leading figure in the development of Trump's China policy, was among a list of officials who quit in protest.

"They're high-fiving in Beijing," Republican Senator Marco Rubio, a China hawk, told Tucker Carlson on the Fox News channel. "It kind of bolsters their claim that we're falling apart and they're the country of the future."

Trump has pursued hardline policies towards China on issues ranging from trade to espionage and the coronavirus and relations plummeted to their worst level in decades when he ramped up rhetoric in his unsuccessful re-election campaign.

His administration has already imposed sanctions on Chinese officials for crushing Hong Kong's pro-democracy movement and other alleged rights abuses.

After a series of actions against Chinese firms, U.S. officials were expected to discuss a proposed expansion of an executive order banning investment in companies with alleged ties to China's military at a Thursday afternoon meeting, two people familiar with the matter said.