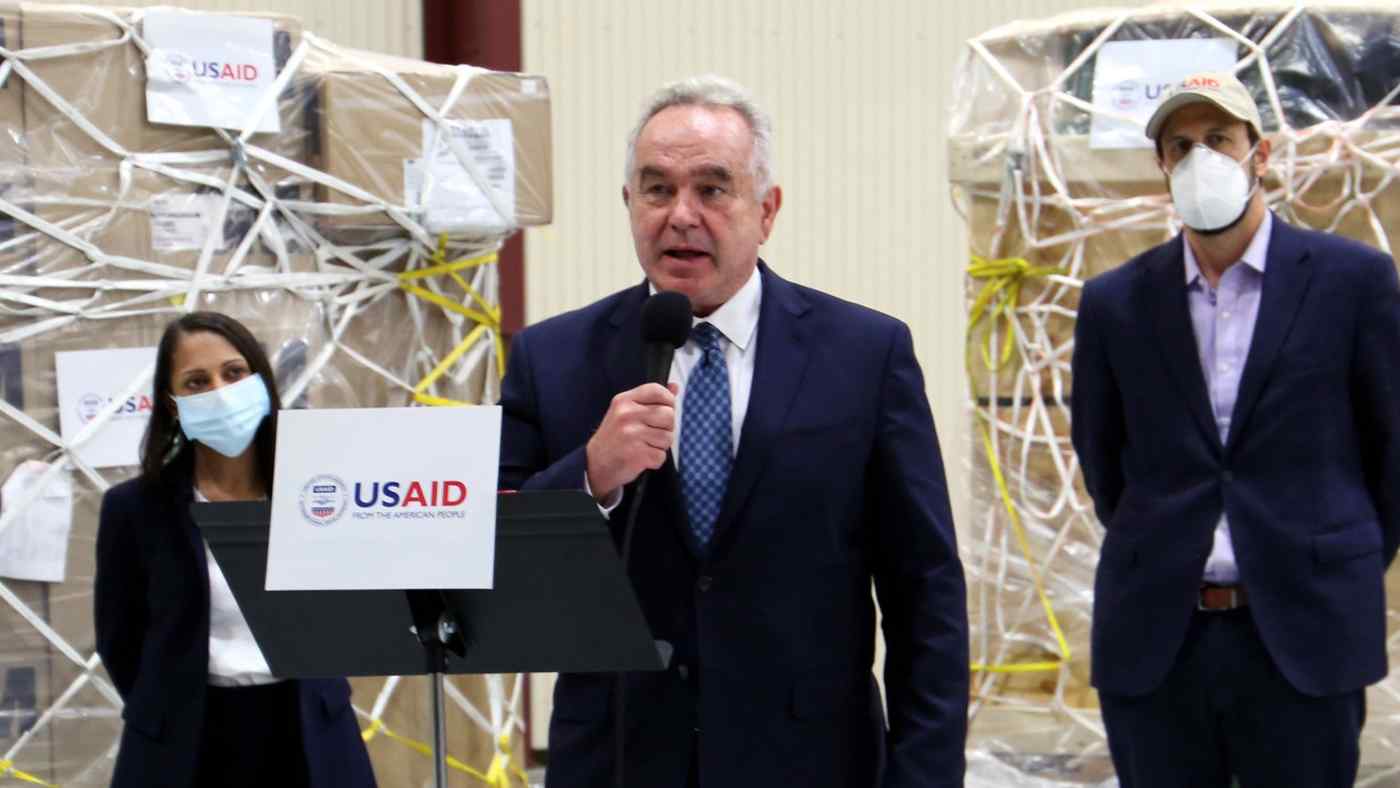 Campbell stressed that a cross-strait conflict would not be kept to a narrow geographical frame.

Such a clash "would broaden quickly and it would fundamentally trash the global economy in ways that I don't think anyone can predict," Campbell, who serves as the National Security Council coordinator for the Indo-Pacific, said at the Financial Times' Global Boardroom live event.

Taiwan is widely seen as potentially the biggest flashpoint between the U.S. and China, and a clash there could lead to a large-scale war. Washington does not guarantee Taipei that it would intervene in the event of an attack from Beijing, but it does promise to provide resources such as arms that the island needs to build up self-defense capabilities.

Campbell stands by this decades-old approach. The so-called principle of strategic ambiguity "in the current context provides us the best pathway towards maintaining peace and stability," he said, when asked if Washington should instead adopt a policy of strategic clarity.

Even so, Campbell said that as Beijing got away with its crackdown on Hong Kong scot-free, it is important for the U.S. and allies to make clear there will be consequences vis-a-vis Taiwan, so that China does not miscalculate.

This includes taking "appropriate behind the scenes steps with Japan... to send a very clear message both to Taiwan, but as importantly to Beijing, about our determination to enhance deterrence and to make clear about our desire to ensure that Taiwan can live in peace," Campbell said.

The Indo-Pacific chief, who in March met with China's foreign policy chiefs Yang Jiechi and Wang Yi alongside Secretary of State Antony Blinken and national security adviser Jake Sullivan, noted that both Beijing and Washington recognize the maintenance of "some degree of status quo" is in their best interests at this stage.

The real risks in the short and medium term in the strait lie in the possibility of accidents and communication mishaps, he added.

Speaking broadly on Sino-American relations, Campbell said the two countries are heading into a new period with many variables awaiting definition, and that Washington's hope in the near term is to establish a framework of competition that is relatively stable and predictable.

The Biden administration has repeatedly emphasized the need to work closely with allies and partners to counter an "increasingly assertive China."

But Campbell, who also served in former President Barack Obama's administration as Assistant Secretary of State for East Asian and Pacific Affairs, also acknowledged that China simply might not change course even in the face of pressure from the U.S. and its allies.

"What's troubling about China right now is I've never seen a country more alienating and taking steps in almost every arena," instead of being laser focused on one foreign policy issue as it would be in the past, said the career diplomat, who added that the U.S. playbook on China as a result may require a revision.