Trump and China spar over 'total control' of TikTok 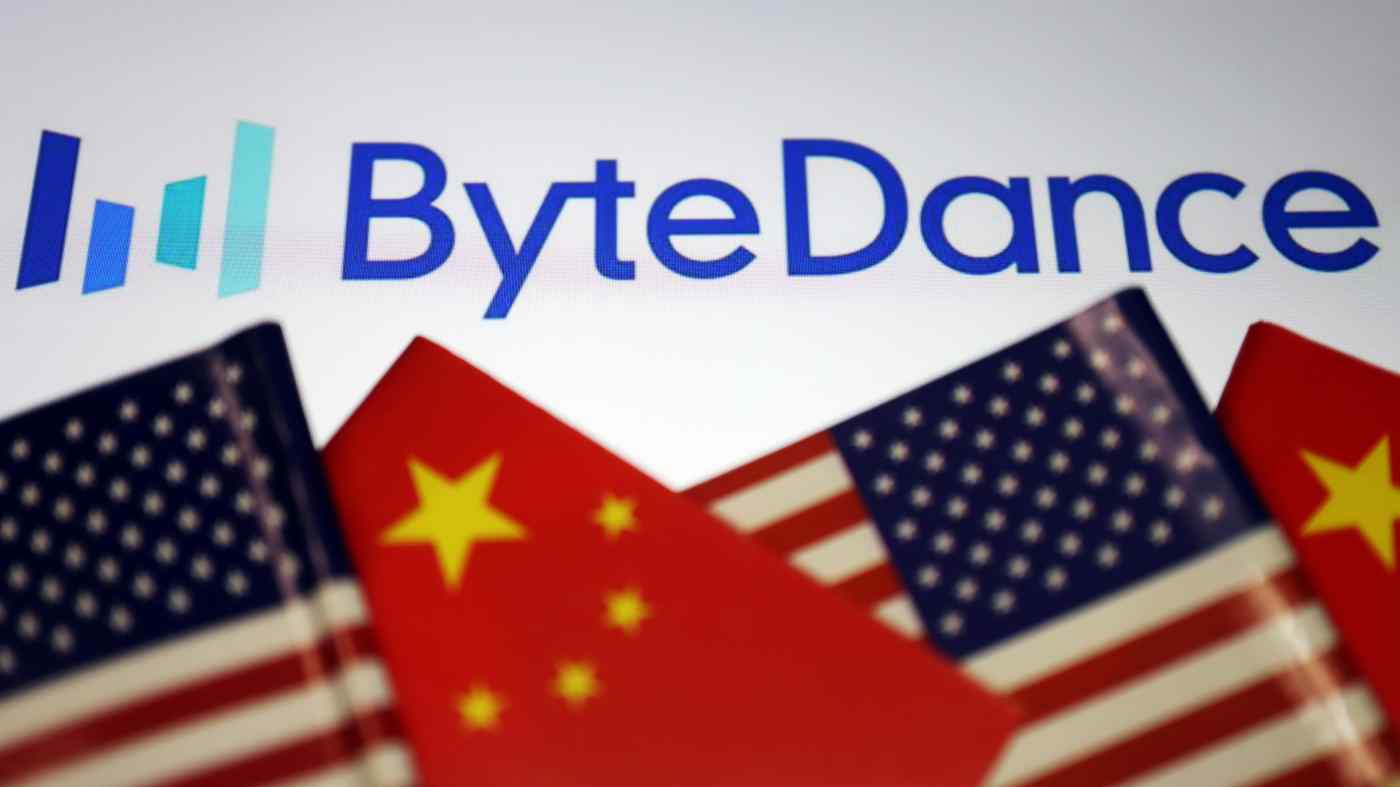 Both ByteDance and Washington assert that their respective side will control TikTok's international operations after the planned deal with Oracle and Walmart.   © Reuters
NAOKI MATSUDA, Nikkei staff writerSeptember 22, 2020 00:06 JSTUpdated on September 22, 2020 05:56 JST | China
CopyCopied

SHANGHAI -- U.S. President Donald Trump said Monday that he would not consent to a deal to allow TikTok to stay in business unless Oracle and Walmart were in the driver's seat of the new U.S.-based company that would run it.

Trump, who has pushed for a sale that would put TikTok under American ownership, said in a Fox News Channel appearance that if Oracle and Walmart "don't have total control, then we're not going to approve the deal."

The president reiterated his stance later, telling reporters at the White House that the deal would be saved if possible but that his administration would "cut off" the app if not.

This came after TikTok's Chinese owner ByteDance said earlier Monday it will retain 80% ownership of the new subsidiary, in an apparent challenge to perceptions that the unit will go American control.

The operator of the popular video-sharing app issued a statement that stressed the Chinese side's management of the new TikTok Global, noting that the board would include ByteDance founder Zhang Yiming and current ByteDance directors, with the addition of Walmart CEO Doug McMillon.

A statement Saturday by Oracle and Walmart had said that four of the five board members would be American. Chinese financial news outlet Caixin reports the unit will be controlled by "a board of American executives from the likes of Sequoia Capital and Walmart," citing a source with knowledge of the matter.

Trump announced his support for the planned deal Saturday, shortly before a ban on TikTok downloads in the U.S. was due to take effect. He said the business would "have nothing to do with China," which his administration has said poses as security risk through its influence on Chinese tech companies.

Speaking Monday on Fox and Friends, Trump reiterated that ByteDance "will have nothing to do with it, and if they do, we just won't make the deal."

But China's government may have its own red line. Hu Xijin, editor-in-chief of the Chinese Communist Party-affiliated Global Times, said in a Twitter post Monday: "Based on what I know, Beijing won't approve current agreement between ByteDance, TikTok's parent company, and Oracle, Walmart, because the agreement would endanger China's national security, interests and dignity."

American investors currently own about 40% of ByteDance, U.S. media reports indicate. If ByteDance were to retain 80% ownership, the Americans would indirectly hold a more than 30% interest in the new subsidiary.

Adding this to the combined 20% stake taken by Oracle and Walmart under the planned deal means that American interests essentially would own a majority of the new company.

But the differing views expressed by both sides leave much unclear about where control ultimately will lie.