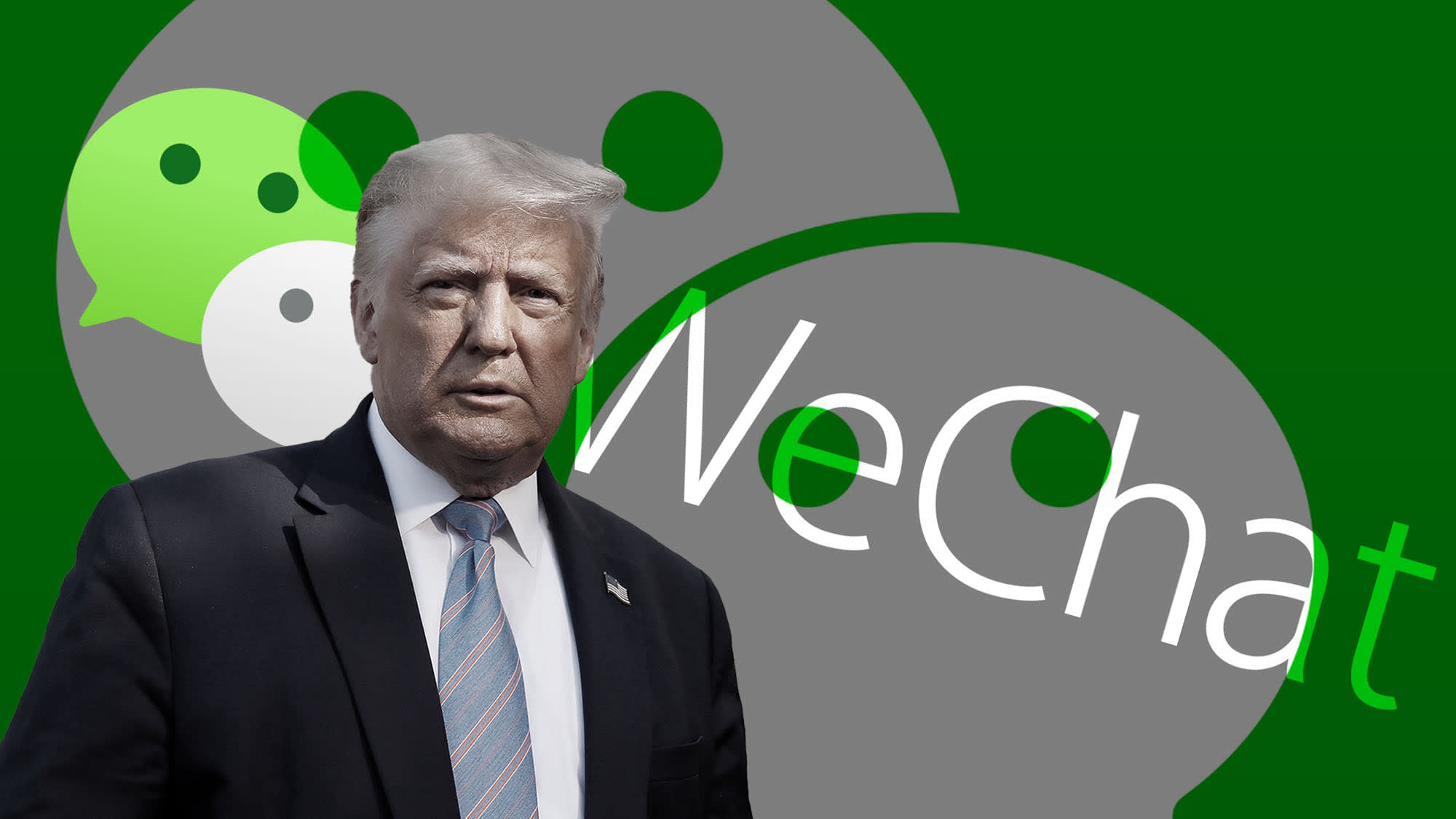 PALO ALTO, U.S. -- The U.S. Department of Justice said on Wednesday that Trump's executive order to ban transactions with WeChat, the messaging app owned by China's Tencent Holdings, will not target everyday users of the app.

President Donald Trump signed an executive order in early August to prohibit any U.S.-based transaction with Tencent that relates to WeChat, effective Sept. 20. But the order does not define what constitutes a "transaction."

A group of U.S.-based WeChat users are challenging the order in a Northern California federal court, and a hearing is scheduled on Thursday to decide whether to grant the group's request for a preliminary injunction.

In a filing to the court on Wednesday, the U.S. Department of Justice said the Department of Commerce has not yet reached a final decision on what exactly will be prohibited under the executive order, adding that it has until Sept. 20 to define what it means by a "transaction" with WeChat.

However, the department also sought to allay users' fears. "The Secretary does not intend to take actions that would target persons or groups whose only connection with WeChat is their use or downloading of the app to convey personal or business information between users," the court filing read.

WeChat users will not be subject to criminal or civil liability for using or downloading the app for those limited purposes, the filing added.

The U.S. WeChat Users Alliance -- a nonprofit group founded by five Chinese-American lawyers days after the executive order was announced -- said it has no intention of withdrawing its lawsuit, arguing that the statement by the Department of Justice does not provide sufficient legal protection for WeChat users.

"It is just a statement and wasn't signed by the Secretary of Commerce or the President. So whether this is legally binding is in doubt," said Clay Zhu, one of the plaintiff's lead lawyers and a Silicon Valley-based partner at global law firm De Heng.

"The language in the statement also leaves plenty of room for the government to maneuver around," he added. For example, the Department of Justice did not say that it would not force Apple and Google to remove WeChat from their app stores, which in practice would bar people from using the app.

In the Wednesday filing, the Department of Justice said that while the U.S. government has no intention of targeting typical WeChat users, "use of the app for such communications could be directly or indirectly impaired through measures targeted at other transactions."

The U.S. WeChat Users Alliance is suing the Trump executive order on the ground that it violates the U.S. Constitution and that it represents a misuse of power granted by the 1977 International Emergency Economic Powers Act, which Trump invoked in order to issue the ban.

"The ambiguity in the Trump executive order and the fact that the order violates WeChat users' various constitutional rights, are not addressed," Zhu said.