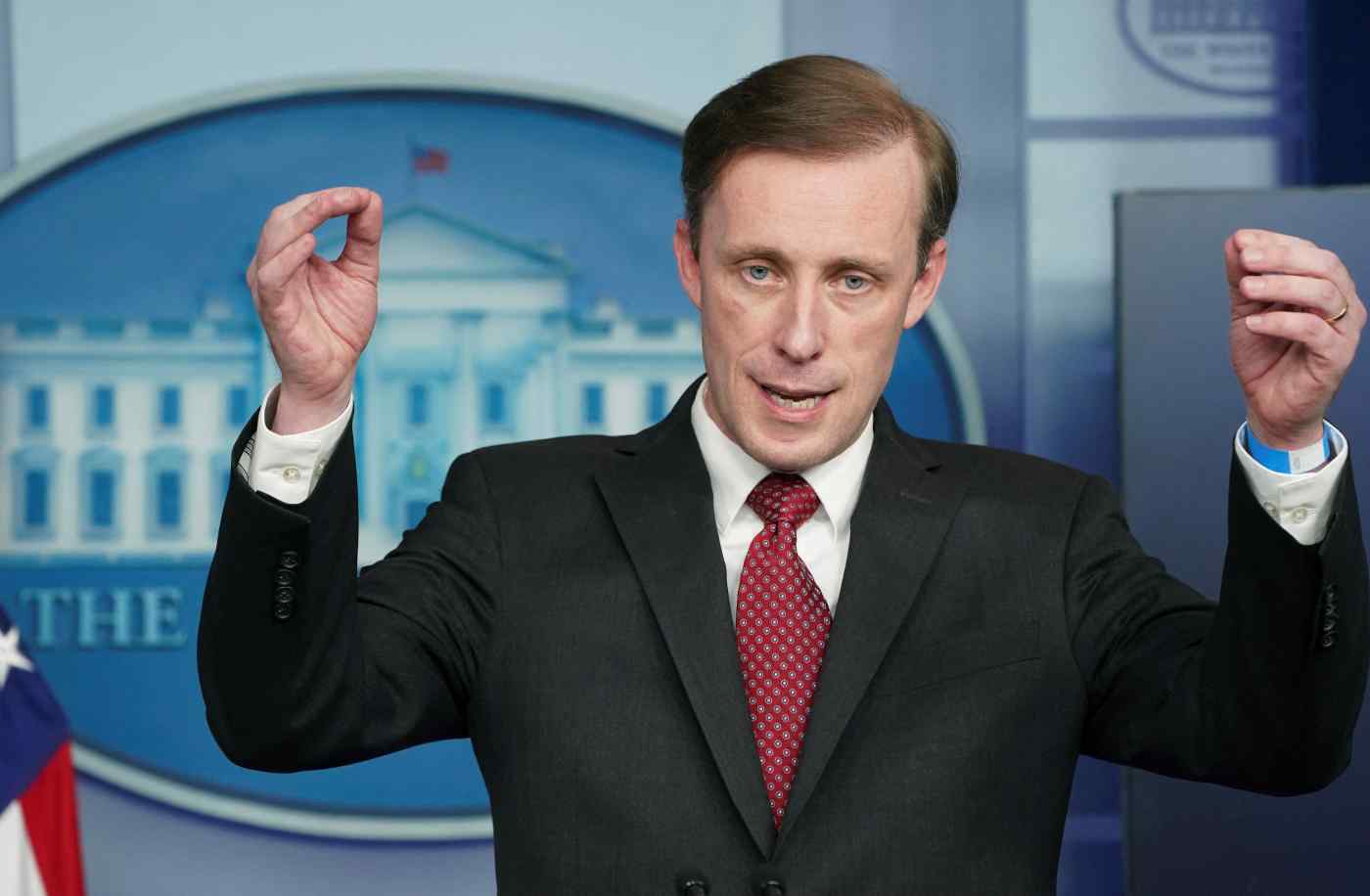 WASHINGTON (AP) -- The U.S. and China are sending top aides to meet in Rome on Monday amid mounting tensions between the two countries over the Russia-Ukraine war and as a U.S. official reports that Russia in recent days has asked China for military equipment to help press its campaign.

In advance of the talks, White House national security adviser Jake Sullivan bluntly warned China to avoid helping Russia evade punishment from global sanctions that have hammered the Russian economy. "We will not allow that to go forward," he said.

U.S. officials are also accusing China of spreading Russian disinformation that could be a pretext for chemical or biological weapons attacks launched by Vladimir Putin's forces in Ukraine.

Russia's invasion of Ukraine has put China in a delicate spot with two of its biggest trading partners: the U.S. and European Union. China needs access to those markets, yet it also has made gestures supportive of Moscow, joining with Russia in declaring a friendship with "no limits."

In his talks with senior Chinese foreign policy adviser Yang Jiechi, Sullivan will indeed be looking for limits in what Beijing will do for Moscow.

"I'm not going to sit here publicly and brandish threats," he told CNN in a round of Sunday news show interviews. "But what I will tell you is we are communicating directly and privately to Beijing that there absolutely will be consequences" if China helps Russia "backfill" its losses from the sanctions.

"We will not allow that to go forward and allow there to be a lifeline to Russia from these economic sanctions from any country anywhere in the world," he said.

A U.S. official, speaking on condition of anonymity to discuss sensitive matters, said that in recent days, Russia had requested support from China, including military equipment, to press forward in its ongoing war with Ukraine. The official did not provide details on the scope of the request. The request was first reported by the Financial Times and The Washington Post.

The White House said the talks will focus on the direct impact of Russia's war against Ukraine on regional and global security.

Biden administration officials say Beijing is spreading false Russian claims that Ukraine was running chemical and biological weapons labs with U.S. support. They say China is effectively providing cover if Russia moves ahead with a biological or chemical weapons attack on Ukrainians.

When Russia starts accusing other countries of preparing to launch biological or chemical attacks, Sullivan told NBC's "Meet the Press," "it's a good tell that they may be on the cusp of doing it themselves."

Pentagon spokesman John Kirby, on ABC's "This Week," said "we haven't seen anything that indicates some sort of imminent chemical or biological attack right now, but we're watching this very, very closely."

The striking U.S. accusations about Russian disinformation and Chinese complicity came after Russian Foreign Ministry spokeswoman Maria Zakharova alleged with no evidence that the U.S. was financing Ukrainian chemical and biological weapons labs.

The Russian claim was echoed by Chinese foreign ministry spokesman Zhao Lijian, who claimed there were 26 bio-labs and related facilities in "which the U.S. Department of Defense has absolute control." The United Nations has said it has received no information backing up such accusations.

"Now that Russia has made these false claims, and China has seemingly endorsed this propaganda, we should all be on the lookout for Russia to possibly use chemical or biological weapons in Ukraine, or to create a false flag operation using them," Psaki tweeted last week. "It's a clear pattern."

There is growing concern inside the White House that China is aligning itself with Russia on the Ukraine war in hopes it will advance Beijing's "vision of the world order" in the long term, according to a person familiar with administration thinking. The person was not authorized to comment publicly and spoke on the condition of anonymity.

Sullivan told "Face the Nation" on CBS that the Russian rhetoric on chemical and biological warfare is "an indicator that, in fact, the Russians are getting ready to do it and try and pin the blame elsewhere and nobody should fall for that."

Testifying before the Senate Intelligence Committee on Thursday, CIA Director William Burns also noted grave concern that Russia might be laying the groundwork for a chemical or biological attack of its own, which it would then blame on the U.S. or Ukraine in a false flag operation.

"This is something, as all of you know very well, is very much a part of Russia's playbook," he said. "They've used these weapons against their own citizens, they've at least encouraged the use in Syria and elsewhere, so it's something we take very seriously."

China has been one of few countries to avoid criticizing the Russians for its invasion of Ukraine. China's Xi Jinping hosted Putin for the opening of the Winter Olympics in Beijing, just weeks before Russia launched the Feb. 24 invasion.

The Chinese abstained on U.N. votes censuring Russia and has criticized economic sanctions against Moscow. It has expressed its support for peace talks and offered its services as a mediator, despite questions about its neutrality and scant experience mediating international conflict.

But questions remain over how far Beijing will go to alienate the alliance and put its own economy at risk. Sullivan said China and all countries are on notice that they cannot "basically bail Russia out ... give Russia a workaround to the sanctions," with impunity.

Chinese officials have said Washington shouldn't be able to complain about Russia's actions because the U.S. invaded Iraq under false pretenses. The U.S. claimed to have evidence Saddam Hussein was stockpiling weapons of mass destruction though none was ever found.

On CNN, Sullivan said the administration believes China knew that Putin "was planning something" before the invasion of Ukraine. But he said the Chinese government "may not have understood the full extent of it because it's very possible that Putin lied to them the same way that he lied to Europeans and others."

That meeting set the stage for a three-hour long virtual meeting in November between Biden and Xi.