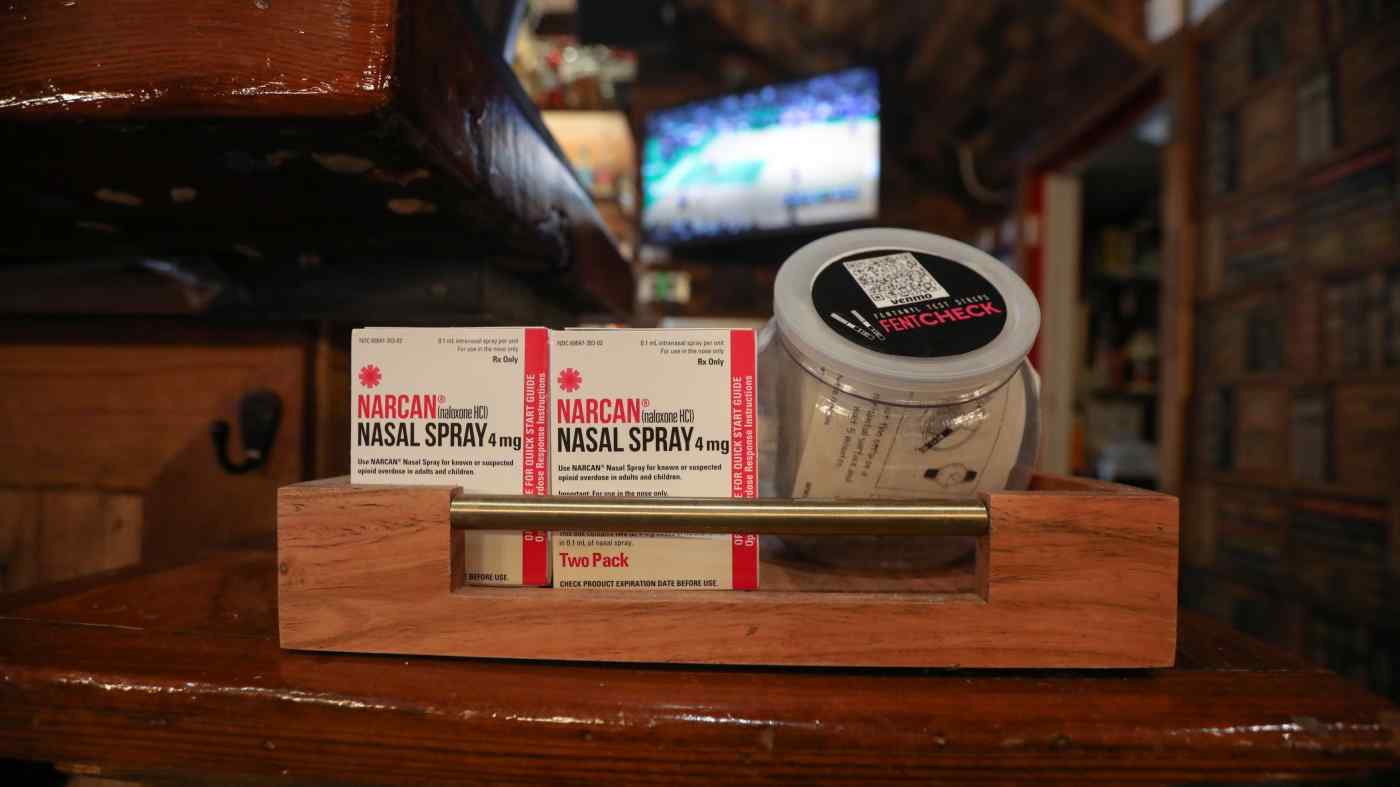 Narcan and fentanyl test strips in a container are seen at The Legionnaire bar in Oakland, California.    © Reuters
August 9, 2022 01:13 JST | U.S.
CopyCopied

WASHINGTON (Reuters) -- China's move to suspend cooperation with the U.S. to combat narcotics trafficking, including illicit fentanyl, is "unacceptable," the White House said on Monday, as Beijing continued to protest a visit to Taiwan by U.S. House Speaker Nancy Pelosi.

China announced fresh military drills on Monday around Taiwan -- a day after the scheduled end of its largest-ever exercises in response to the highest-level U.S. visit to the Chinese-claimed island in 25 years.

In addition to the drills, Beijing last week announced the cancellation or suspension of a series of cooperation channels with Washington, including theater-level military talks, and exchanges on climate change, transnational crime and counter narcotics.

Rahul Gupta, director of the White House Office of National Drug Control Policy (ONDCP), said he was disappointed by the move in light of the ongoing overdose epidemic driven by fentanyl that has claimed more than 100,000 lives in the U.S. in the past year.

"At a time when illicit fentanyl continues to claim a life every five minutes, it's unacceptable that the PRC (People's Republic of China) is withholding cooperation that would help to bring to justice individuals who traffic these illicit drugs and who engage in this global criminal enterprise," Gupta said in a statement.

The disruption would have global implications, he said.

"China has played and must play a key role in helping disrupt the illicit flow of drugs like fentanyl and their precursor chemicals," Gupta said, adding that the U.S. would continue to push for international action.

Despite China banning fentanyl and similar variants in 2019, it remains a primary source of illicit fentanyl and fentanyl-related substances trafficked into the U.S.

Prior to China suspending cooperation, U.S. President Joe Biden and China's leader Xi Jinping discussed the fentanyl issue during a call in July, and had tasked their teams to conduct follow-up work.