Both sides want to 'ensure the success' of the agreement, says USTR 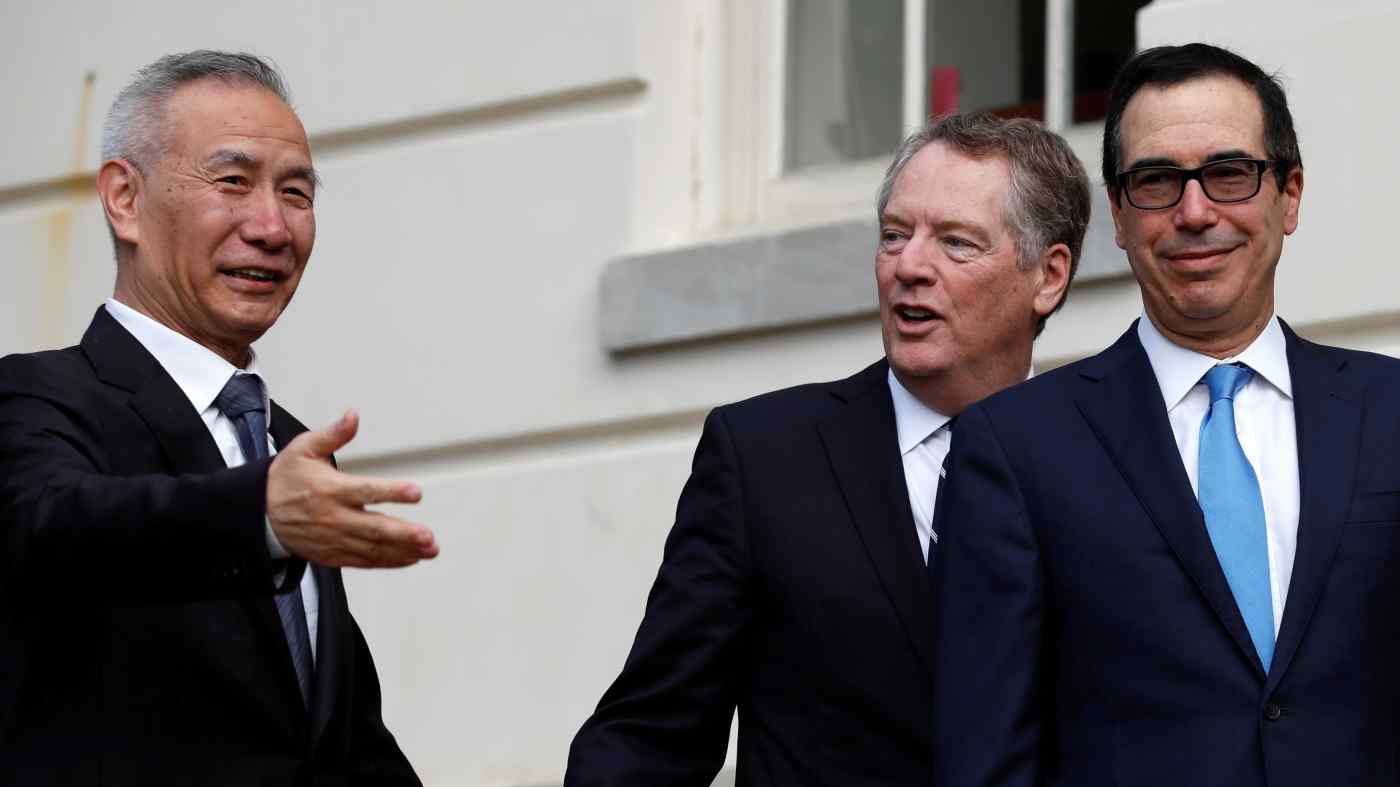 WASHINGTON (Reuters) --Top U.S. and Chinese trade officials reaffirmed their commitment to the Phase 1 trade deal that has seen China lagging on its obligations to buy American goods, providing much needed relief to nervous markets on Tuesday.

The pledge was made in a phone call between U.S. Trade Representative Robert Lighthizer, U.S. Treasury Secretary Steven Mnuchin and Chinese Vice Premier Liu He - their first formal dialogue since early May and came amid growing concerns the deal could be on shaky ground in an increasingly confrontational bilateral relationship.

"Both sides see progress and are committed to taking the steps necessary to ensure the success of the agreement," the U.S. Trade Representative's office (USTR) said in a statement after what it described as a "regularly scheduled call".

The call was originally expected on Aug. 15, six months after the trade deal was launched. But Trump, who has frequently expressed anger at China over the coronavirus pandemic, said last week he had postponed talks with China because "I don't want to deal with them now."

Washington and Beijing have traded sanctions and barbs over a growing list of issues including the new national security law imposed on Hong Kong, China's disputed territorial claims in the South China Sea, the COVID-19 pandemic and U.S. accusations of national security threats posed by Chinese tech firms.

China's commerce ministry confirmed that the two countries had a "constructive dialogue" and agreed to continue pushing forward the implementation of the Phase 1 trade deal.

The USTR said the two sides "addressed steps that China has taken to effectuate structural changes" on issues including protecting intellectual property rights, removing impediments for U.S. firms in the financial services and agriculture sectors and eliminate forced technology transfers.

"The parties also discussed the significant increases in purchases of U.S. products by China as well as future actions needed to implement the agreement," it said.

"U.S.-China talks are bullish for most commodities as Trump is desperate for good news to help in the election," said Ole Houe, director of advisory services at agriculture brokerage IKON Commodities in Sydney

"It could lead to higher demand for U.S. products."

Chinese purchases of U.S. goods are running well behind the pace needed to meet a first year increase of $77 billion specified in the deal, according to official data.

While China has recently ramped up buying of farm goods including soybeans, it is far from meeting its commitment to buying $36.5 billion worth of U.S. agricultural goods under the deal - purchases that Trump has counted on to bolster his support in farm states that backed him in 2016.

The United States exported just $7.274 billion in agricultural goods to China in the first half of the year, according to the U.S. Census Bureau.

The U.S. comments "showed that they think we are going to keep buying from the U.S., at least before the election takes place. And we will," an agricultural goods trader with a Chinese state-owned firm told Reuters, declining to be identified as he was not authorised to speak with media.

"We are definitely going to maintain the stance to buy as much as possible, but it is really hard to say whether the targets can be reached."

China bought only 5% of the targeted $25.3 billion in energy products from the United States in the first half of 2020. Chinese state-owned oil firms have booked tankers to carry at least 20 million barrels of U.S. crude for August and September.