US bans cotton from China's Xinjiang region over 'slave labor' 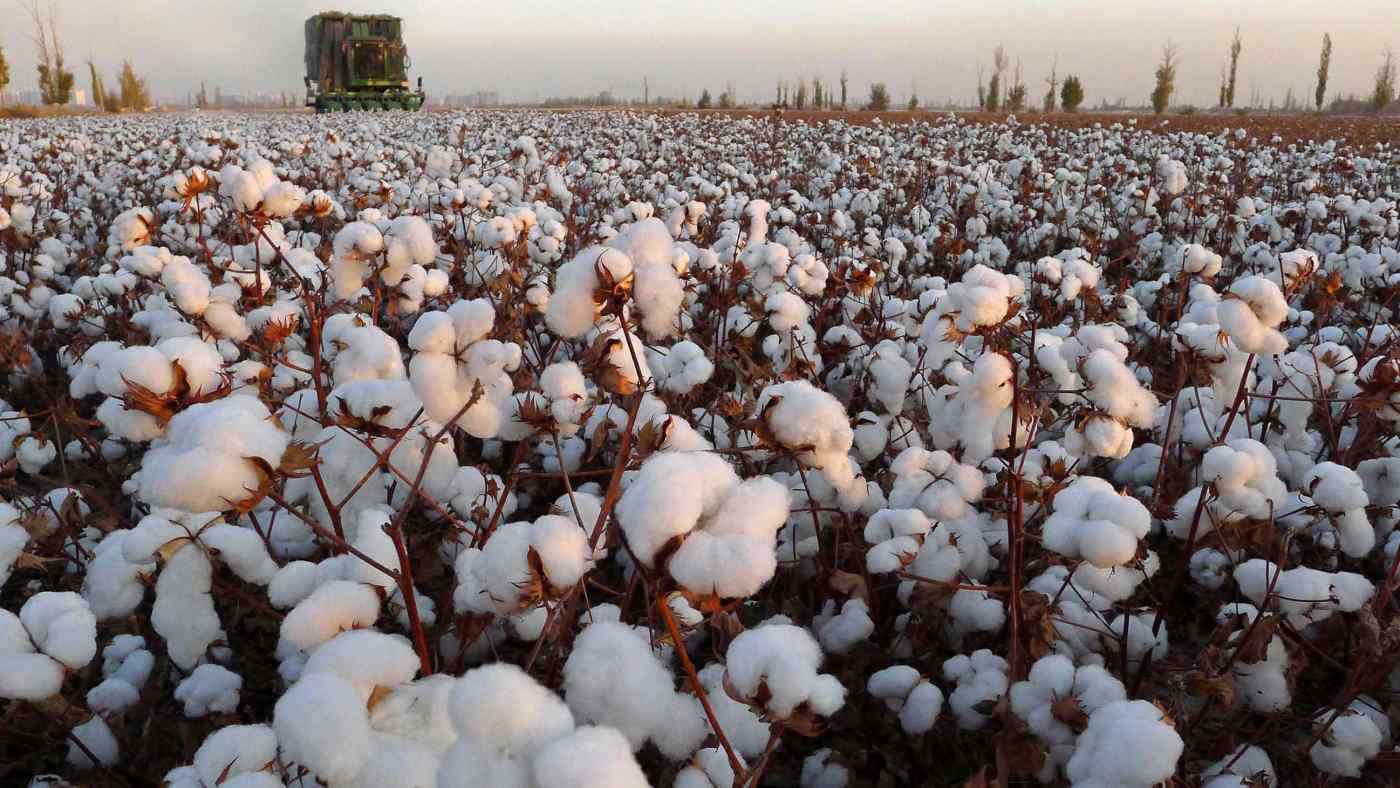 The U.S. Customs and Border Protection agency said on Wednesday its "Withhold Release Order" would ban cotton and cotton products from the Xinjiang Production and Construction Corps (XPCC), one of China's largest producers.

The move, which China said was based on a fabrication, is the latest by the Trump administration in its final weeks to harden the U.S. position against Beijing, making it more difficult for President-elect Joe Biden to ease U.S.-China tensions.

The ban against XPCC, which produced 30% of China's cotton in 2015 could have a sweeping effect on companies globally involved in selling textiles and apparel to the United States.

It follows a Treasury Department ban in July on all dollar transactions with the sprawling business-and-paramilitary entity, founded in 1954 to settle China's far west.

Department of Homeland Security Secretary Kenneth Cuccinelli, who oversees the border agency, called "Made in China" a "warning label."

"The cheap cotton goods you may be buying for family and friends during this season of giving -- if coming from China -- may have been made by slave labor in some of the most egregious human rights violations existing today in the modern world," he told a news conference.

"All workers in Xinjiang choose their occupations based on their own volition and sign labor contracts with firms based on the principle of equality and free will," she told a news conference on Thursday, adding that the ban contravenes international trade rules and would hurt consumers everywhere.

The United Nations cites what it says are credible reports that 1 million Muslims held in camps have been put to work. China denies mistreating Uighurs and says the camps are vocational training centers needed to fight extremism.

"That pretty much blocks all Chinese cotton textile imports," said a China-based cotton trader, who asked not to be identified because of the sensitivity of the issue.

Identifying cotton from a specific supplier will sharply raise manufacturing costs, and only the few large companies with fully integrated operations across the complex textile supply chain could guarantee that no XPCC product has been used, the trader said.

"It really depends on how much proof they want. If they want real proof that this cotton has not been used, that's going to be extremely difficult," he added.

Major clothing brands including Gap Inc., Patagonia Inc. and Zara owner Inditex have told the Thomson Reuters Foundation that they did not source from factories in Xinjiang -- but that they could not confirm that their supply chains were free of cotton picked from the region.

In September, CBP considered a much broader import ban on all cotton and tomato products from Xinjiang, but after dissent from within the Trump administration, it announced narrower bans on products from specific entities, including two smaller cotton and apparel producers.

U.S. apparel makers had criticized a broader ban as impossible to enforce, but on Wednesday clothing and retail groups welcomed the XPCC-specific ban. The groups, including the American Apparel and Footwear Association and the National Retail Federation, said in a statement they were on the "front lines of efforts to ensure forced labor does not taint our supply chains or enter the United States."

Biden has pledged to work with U.S. allies to bring pressure on China to curb human rights and trade abuses. Trump in recent weeks has increased action against major Chinese state companies, banning access to U.S. technology and investments.