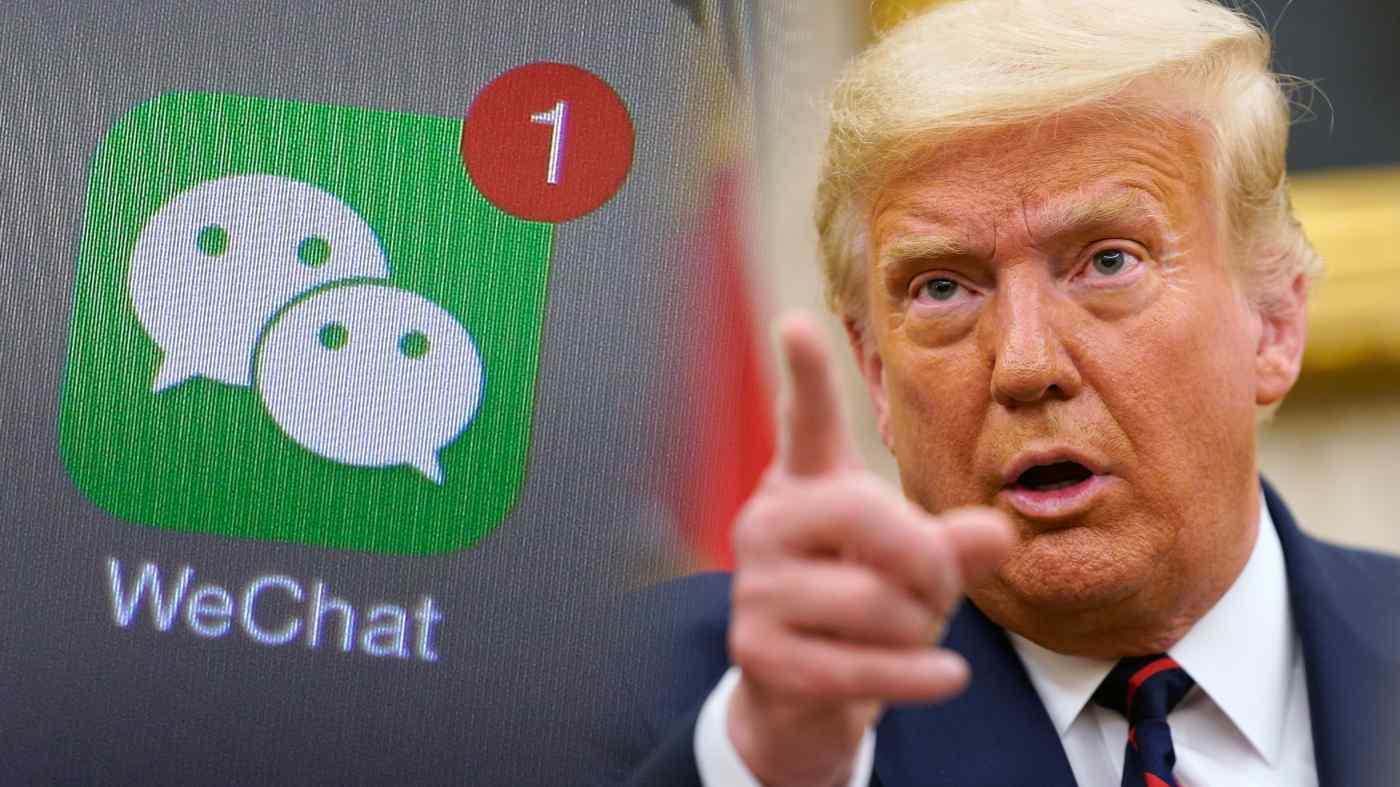 PALO ALTO, U.S. --A group of WeChat users in the U.S. is launching a legal challenge to President Donald Trump's ban on the popular Chinese messaging app, arguing that the move violates their constitutional rights.