US curbs some imports from China's Xinjiang, citing forced labor

Beijing hits back at Washington's claims, calling them 'fabrications' 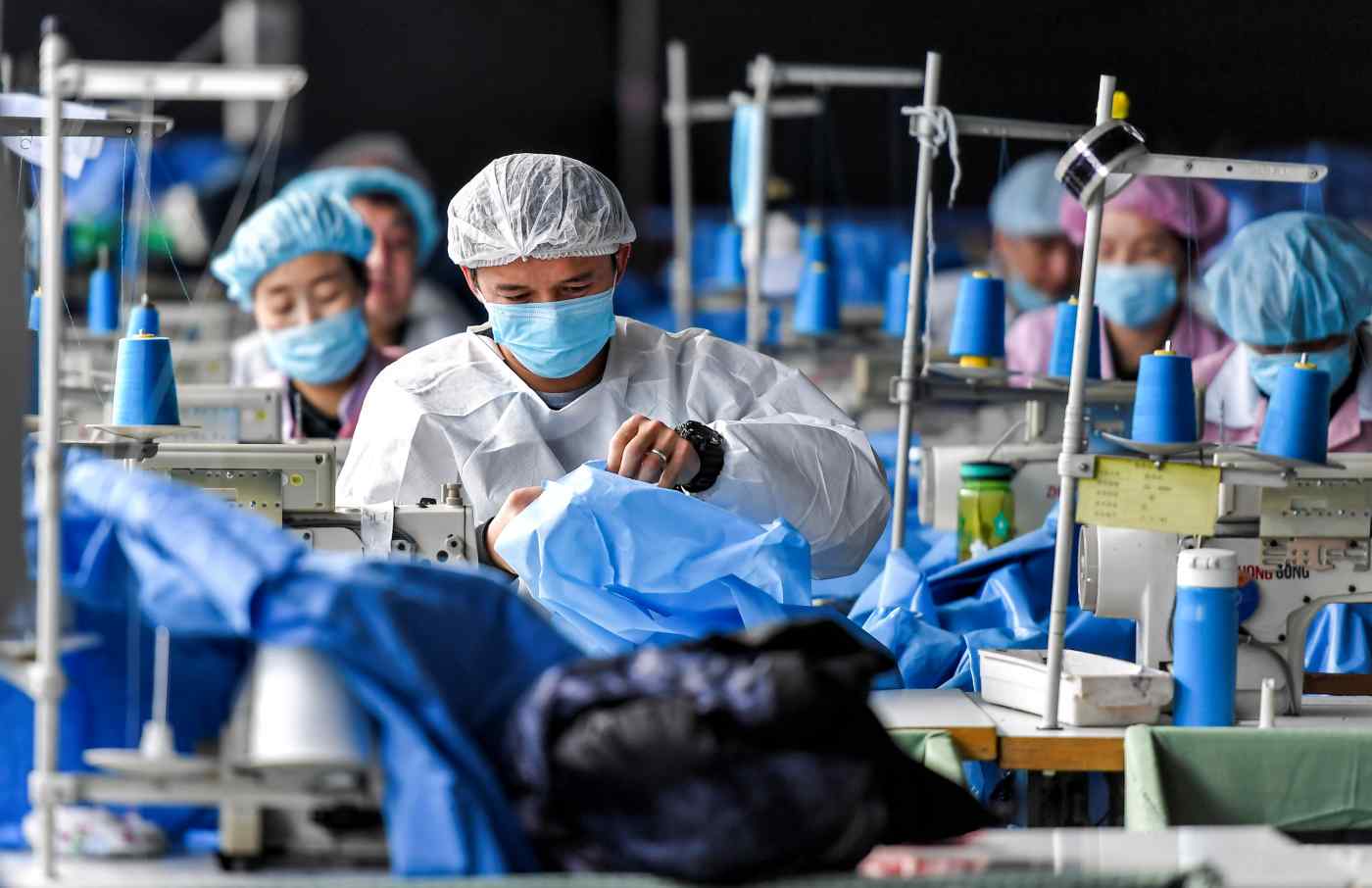 WASHINGTON (Reuters) -- The Trump administration on Monday shelved plans for a broad import ban on cotton and tomato products from China's Xinjiang region while announcing narrower bans on products from five specific entities.

"The so-called forced labor issue is entirely fabricated by some organizations and people in the U.S. and the West," he said, adding that China will take all necessary measures to protect its companies' legitimate rights and interests.

Cuccinelli told reporters on a conference call that the administration was conducting more legal analysis of the regionwide import bans.

Customs and Border Protection officials told Reuters last week that they had prepared the broader bans on cotton, cotton textiles and tomatoes, among China's biggest commodity exports, along with the orders announced on Monday.

China is the world's top exporter of tomato paste, made with tomatoes mostly grown in Xinjiang. Leading processor Cofco Tunhe Sugar Co., a subsidiary of China's state-owned COFCO Group, produced 250,000 tons of paste last year at its 13 Xinjiang factories and claims to supply companies including Heinz and Unilever.

China also had agreed to buy increased quantities of U.S. cotton under the countries' Phase 1 trade deal, which could be put at risk by a U.S. ban on imports from China's dominant cotton-producing region.

But Cuccinelli said it was legal concerns, not trade, that prompted the need for more study of the regionwide import bans.

"We want to make sure that when we do get challenged -- and we assume that we will be challenged, legally -- that we will prevail and none of the goods we would ultimately seize under such a WRO [Withold Release Order] would be shaken loose and released into the United States," he said.

The Withhold Release Orders allow U.S. Customs and Border Protection to detain shipments based on suspicion of forced-labor involvement under long-standing U.S. laws to combat human trafficking, child labor and other human rights abuses. Shippers can send the products to other countries or seek to prove that they are not produced with forced labor.

DHS said the block on products from Xinjiang entering the United States applied to all products made with labor from the Lop County No. 4 Vocational Skills Education and Training Center; hair products from the Lop County Hair Product Industrial Park; apparel produced by Yili Zhuowan Garment Manufacturing and Baoding LYSZD Trade and Business Co.; Cotton produced and processed by Xinjiang Junggar Cotton and Linen Co.; and computer parts made by Hefei Bitland Information Technology Co.

Neither Xinjiang Junggar nor Baoding LYSZD were aware of the orders when asked on Tuesday. Yili Zhuowan declined to comment.

The U.S.-based group Worker Rights Consortium said this year that Yili Zhuowan had made gloves for French brand Lacoste that appeared to have been sewn at a factory where ethnic minority people faced forced ideological and behavioral re-education. Lacoste said it had halted shipments from that factory after those allegations, media reported.

A China-based cotton trader said the new orders should "largely be discounted" as they impacted only a few, small suppliers.

However, he said any expansion of the ban to make it regional would be bad for business.

"It will disrupt supply chains and contribute to a worsening situation between the U.S. and China and less trust," he said.

President Donald Trump's administration is ratcheting up pressure on China over its treatment of Uighur Muslims in Xinjiang, where the United Nations cites credible reports as saying 1 million Muslims held in camps have been put to work.

The Chinese embassy in Washington referred to past Chinese foreign ministry statements rejecting allegations of forced labor in Xinjiang and criticizing the United States for meddling in China's internal affairs in the region.