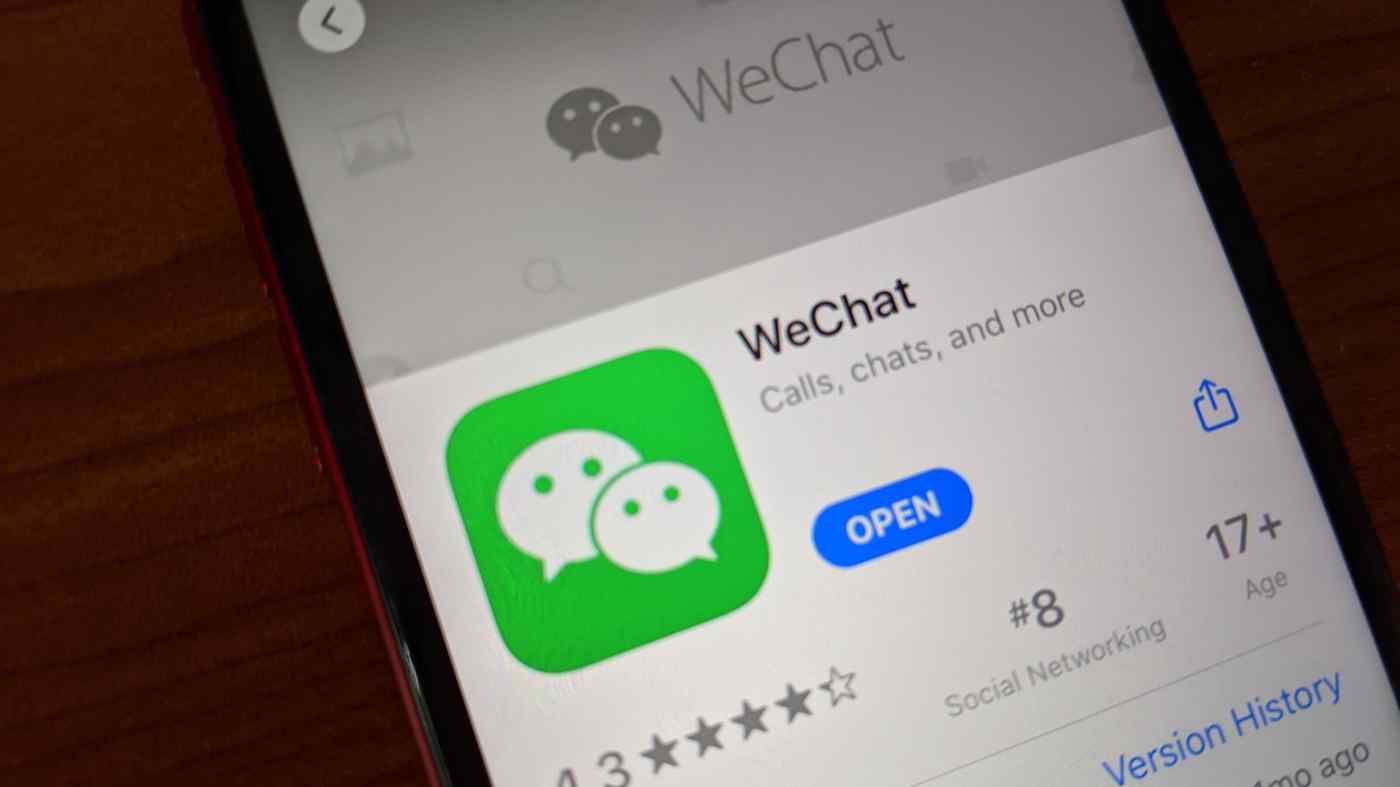 PALO ALTO, U.S. -- A federal judge temporarily blocked the Trump administration's ban on WeChat in an order made public Sunday, just hours before it would have taken effect.

After hearings that ended Saturday, Magistrate Judge Laurel Beeler of U.S. District Court in San Francisco ordered a nationwide injunction on implementing the WeChat ban, which had been announced in an Aug. 6 executive order by President Donald Trump.

U.S.-based users sued over the executive order last month and filed a new complaint after the Commerce Department published Friday a set of restrictions on transactions with the Chinese messaging app. The ban was set to take effect Sunday and would block downloads and several app functions, such as for money transfers and mobile payments, in the U.S.

Led by the New Jersey-based U.S. WeChat Users Alliance nonprofit, the plaintiffs alleged that the executive order and the Commerce Department announcement violated the Constitution and misused the authority granted to the president by the 1977 International Emergency Economic Powers Act, which the executive order cited.

A WeChat ban in the U.S. would deal a particularly hard blow to Chinese Americans and Chinese expatriates here, who rely heavily on the app in their personal and professional lives. U.S. users rushed to post alternative contact information over the weekend to avoid losing touch with family and friends.

Beeler wrote that the evidence presented to the court showed "serious questions going to the merits of the First Amendment claim" and that the executive order and the Commerce Department announcement have caused hardship for the plaintiffs and other U.S. WeChat users.

Owned by Chinese technology giant Tencent Holdings, the messaging app had been flagged by the Trump administration, along with TikTok, as threats to national security over concerns that the Chinese government accesses their user data, censors content, and uses them in disinformation campaigns.

But "while the general evidence about the threat to national security related to China (regarding technology and mobile technology) is considerable, the specific evidence about WeChat is modest," Beeler wrote.

The judge noted obvious alternatives to a complete ban, such as barring WeChat from government devices.

"The WeChat ban has already caused irreparable harm to our clients," said Michael Bien, co-counsel for the U.S. WeChat Users Alliance and other plaintiffs, in a news release.

"The United States has never shut down a major platform for communications, not even during war times," he added. "There are serious First Amendment problems with the WeChat ban, which targets the Chinese American community and trampled on their First Amendment-guaranteed freedoms to speak, to worship, to read and react to the press, and to organize and associate for numerous purposes."

WeChat was installed 10,000 times on Friday, up 150% from Thursday, and TikTok added 247,000 new downloads in the U.S, up 12% from the previous day, according to data from market intelligence firm SensorTower.

Now, the U.S. ban on TikTok has been postponed until Sept. 27 after Trump gave his blessing Saturday to an outline deal for the company to partner with Oracle and Walmart to continue with its American operations.

SensorTower estimates TikTok could lose out on nearly 23 million installs over the next three months if banned from U.S. marketplaces for the rest of the year.

TikTok and parent ByteDance also filed a new complaint in a Washington federal court Friday night, asking a federal judge to block the Trump administration from enforcing a ban on the app.

TikTok, which claims 100 million American users, said in a filing that the ban would "irreversibly destroy the TikTok business in the United States."