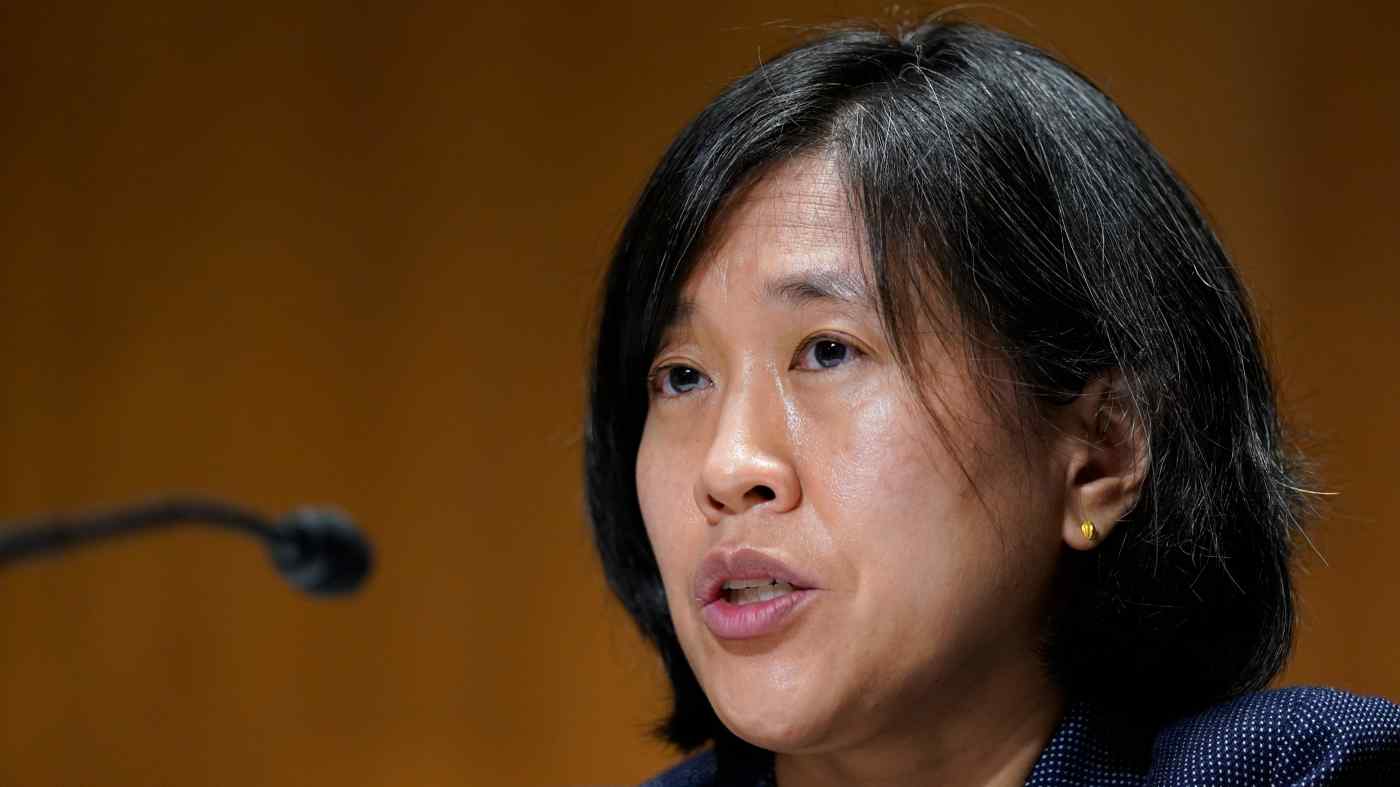 "We need to be keeping our eye on the ball on this bigger picture," U.S. Trade Representative Katherine Tai said in testimony before a U.S. Senate Appropriations subcommittee.   © AP
June 23, 2022 02:01 JST | U.S.
CopyCopied

WASHINGTON (Reuters) -- U.S. Trade Representative Katherine Tai on Wednesday said that she views tariffs on Chinese goods as "a significant piece of leverage" in the U.S.-China trade relationship and removing them would likely have a limited effect on controlling short-term inflation.

In testimony before a U.S. Senate Appropriations subcommittee, Tai said that it was important to focus on protecting American trade interests against China's plans to dominate important industries such as semiconductors.