Tokyo seeks assurances current 2.5% levy will go in the future 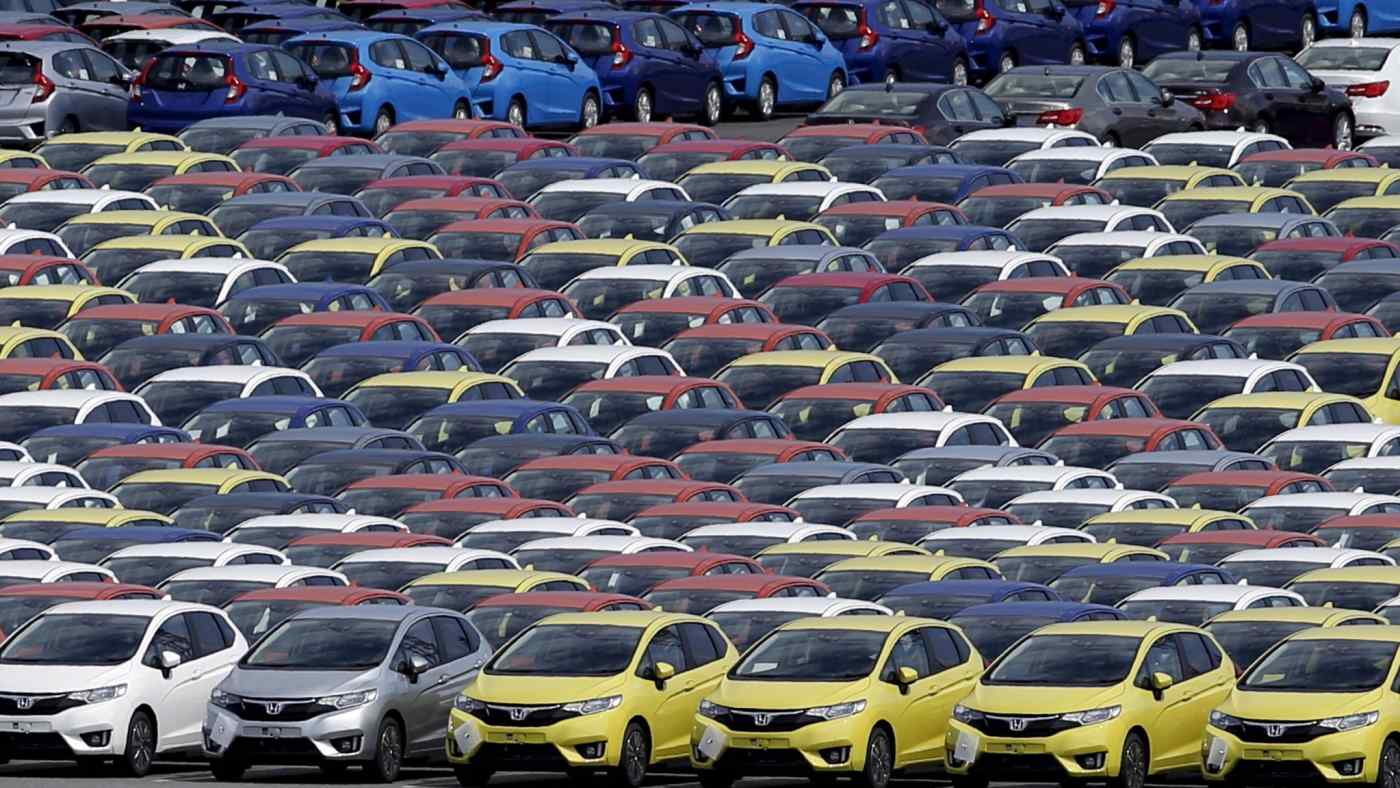 The U.S. agreed to remove its 2.5% tariffs on Japanese car imports over a 25-year period under the Trans-Pacific Partnership but withdrew from the pact after President Trump took office.    © Reuters
RINTARO TOBITA, Nikkei staff writerSeptember 25, 2019 02:44 JST | Japan
CopyCopied

NEW YORK -- Japan and the U.S. failed to agree on a time frame for removing existing American tariffs on Japanese vehicle and auto parts as part of a bilateral trade deal, with Tokyo instead seeking a promise that the levies will be eliminated sometime in the future.

The provision is among the final points of discussion on an agreement that the two sides seek to finalize when Japanese Prime Minister Shinzo Abe and U.S. President Donald Trump meet here Wednesday on the sidelines of the United Nations General Assembly.

The assurances would not include a concrete time frame for removing the tariffs, essentially kicking the can down the road on an issue that Japan is seeking to keep negotiating. Japan hopes to use the stated plan to win the tariffs' eventual removal in the future.

Foreign Minister Toshimitsu Motegi told reporters after a meeting Monday evening with U.S. Trade Representative Robert Lighthizer that the two sides have "ended and fully agreed on all trade talks" and that the deal "will be satisfactory to Japan."

But the drafting process is not expected to be finished in time for Abe and Trump to sign a document Wednesday.

In the talks, Tokyo sought similar terms to those in the Trans-Pacific Partnership regional trade pact, under which the U.S. agreed to phase out its 2.5% tariff on Japanese auto exports over 25 years and immediately scrap duties on most auto parts. Washington withdrew from that agreement in 2017.

The WTO requires that trade agreements remove tariffs and other barriers to "substantially all" covered trade, with the benchmark generally considered to be 90% by value. To reach this level, the deal needs to cover tariffs on Japanese autos and parts, which account for more than 30% of its exports to the U.S.

The lack of details on timing may let Tokyo and Washington spin the provision differently for their respective domestic audiences.

Japan has also pressed the U.S. side to state clearly -- possibly in a joint statement at Wednesday's summit -- that it will not slap additional tariffs on Japanese autos, a move that would deal a heavy blow to the industry. Trump has threatened duties on foreign vehicles on national security grounds.

The New York Times reported Monday that Japan sought a "sunset clause" that would end the deal should such levies be imposed.

Tokyo also seeks confirmation that Japanese automakers will be exempt from any new non-tariff barriers, such as import quotas.

Japan and the U.S. agreed on the outlines of a deal when Abe and Trump met in late August. The two countries agreed at the time to continue talks on scrapping auto tariffs, as Japan demanded, in exchange for Japanese concessions on agricultural products. In return for the U.S. abolishing the auto duties, Japan is expected to lower its 38.5% tariff on U.S. beef in stages to 9%.