US, Russia and China seek edge as battle for Arctic heats up 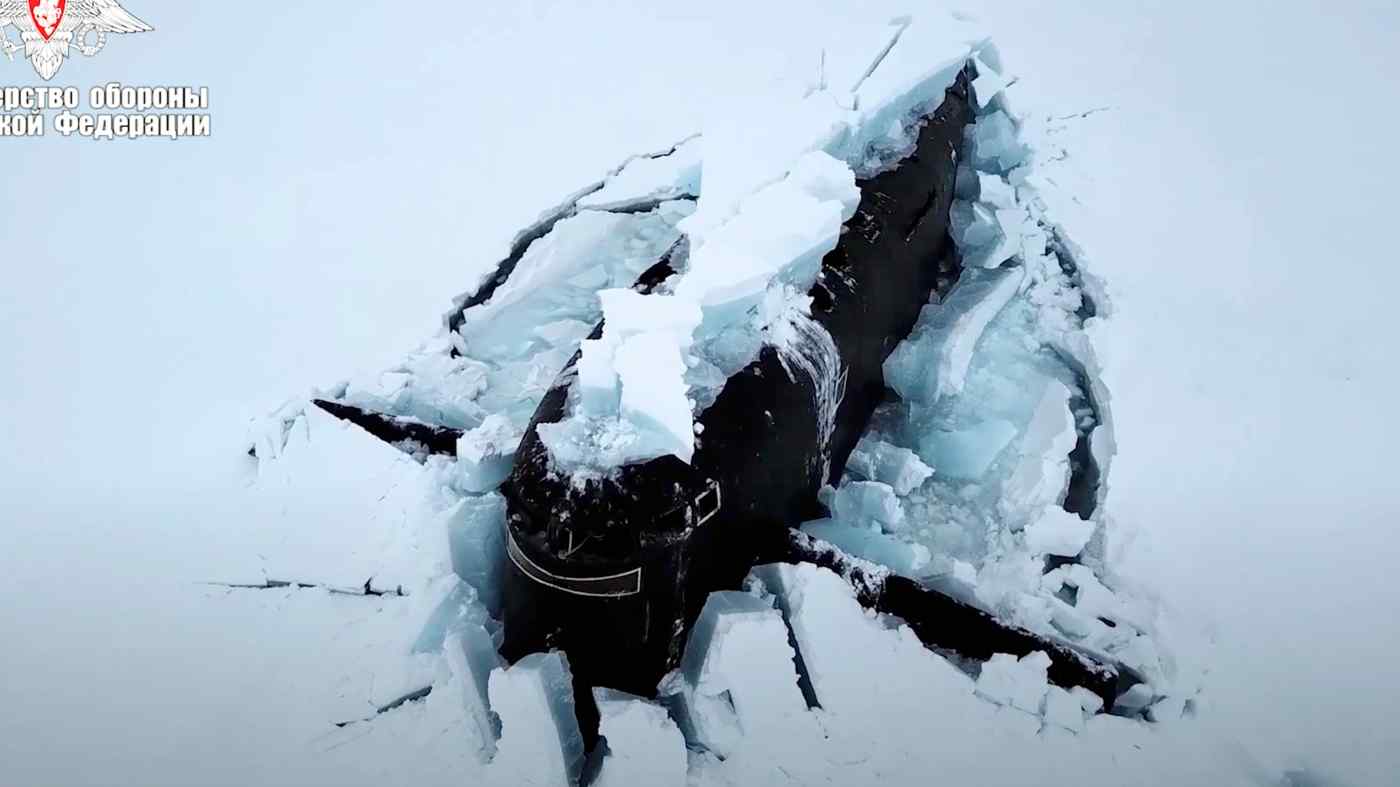 MOSCOW/WASHINGTON/BEIJING -- The top U.S. and Russian diplomats will meet for the Arctic Council this week amid growing alarm in Washington over Moscow's ramped-up military activity and Beijing's pursuit of shipping lanes in the strategically important region.

"We have concerns about some of the increased military activities in the Arctic that increases the dangers or prospects of accidents, miscalculations, and undermines the shared goal of a peaceful and sustainable future for the region," he added.

The two-day meeting of foreign ministers kicking off Wednesday brings together the eight nations with territory extending beyond the Arctic Circle, including the U.S. and Russia but not China, which considers itself a "near-Arctic" power.

Blinken and Russian counterpart Sergey Lavrov will hold bilateral talks Thursday on the sidelines, and observers are watching to see whether the two can ease military tensions and pave the way for working-level cooperation.

Blinken's warning came less than a week after Russian Adm. Alexander Moiseyev, who was promoted to commander of the Northern Fleet in January, complained last Thursday about an increased American and NATO military presence near Russia's borders in the Arctic.

Moscow cited NATO's behavior as a reason for the large-scale naval exercises involving submarines and warships that it has been conducting in the Arctic since mid-April.

Russia announced that three of its nuclear submarines simultaneously surfaced from under the Arctic ice and two Mig-31 fighters conducted refueling drills. In early April, a squad of bombers held an exercise in Arctic airspace, 1,500 km from central Russia.

The goal of these shows of force is to protect Moscow's economic interests in the region.

Russia has 3 million sq. kilometers of land and sea territory above the Arctic Circle, making up 18% of its total territory, according to Russia's Tass news agency. The country is pursuing liquefied natural gas development to its north along the Kara Sea, and state-run oil giant Rosneft's Vostok Oil -- one of Russia's largest resource projects -- is located nearby.

CNN reported in early April that Russia is amassing "unprecedented military might" in the Arctic. Of particular concern, it said, is the new Poseidon torpedo, which is powered by a nuclear reactor and can deliver a nuclear payload that could threaten U.S. coastal cities with radioactive waves

In a strategy blueprint for the region released in January, the U.S. Navy warned that "without sustained American naval presence and partnerships in the Arctic region, peace and prosperity will be increasingly challenged by Russia and China."

While China is not engaging in the Arctic militarily, it has made its economic interest clear. Beijing has proposed joining hands with Moscow on an "Ice Silk Road," linked to the Chinese Belt and Road infrastructure initiative stretching from Asia to Europe.

Shipping lanes through the Arctic could cut transportation times by 30% compared with current routes running from the Indian Ocean through the Suez Canal.

Next year, China is slated to launch its first imaging satellite to monitor Arctic shipping routes, jointly developed by Sun Yat-sen University and the China Academy of Space Technology. Beijing is also proceeding with plans to build nuclear-powered icebreakers, according to Reuters.

The country has set its sights on the Arctic's wealth of resources as well. China seeks to acquire rare-earth rights in the Danish territory of Greenland, which has the world's seventh-largest reserves of the strategically valuable metals.

"There's no per se prohibition against China or anyone else," Blinken said Monday in an interview with Danish media when asked about Chinese investment in Greenland. "But play by the rules and make sure that the most sensitive industries or technologies are protected."

Clashing national interests have stymied development of international rules to bring the tug of war over the Arctic under control.

In the Antarctic, a number of countries, including the U.S., the then-Soviet Union, Japan and the U.K. sought to head off "international discord" with a 1959 treaty committing to peaceful use of Antarctica and freezing territorial claims.

But while the Antarctic is covered by a single land mass, the situation in the Arctic is more complicated, with territorial waters and exclusive economic zones of multiple countries extending beyond the Arctic Circle.

The Arctic Council provides a venue for these nations to discuss cooperation on a range of issues including environmental protections, but the battle over national interests and influence continues behind the scenes, and rules like those in the Antarctic are unlikely to emerge for some time.