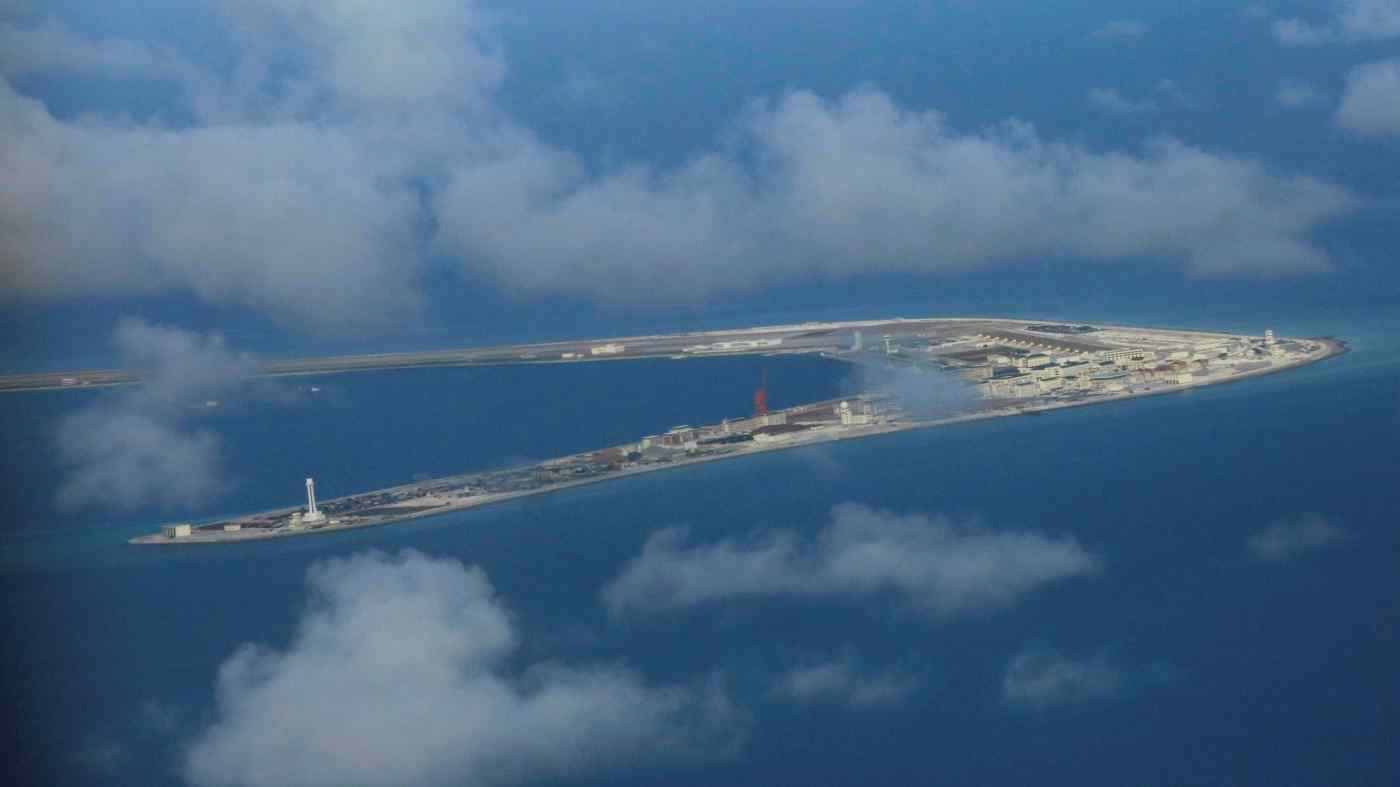 YANGON -- The U.S. and China have engaged in a diplomatic spat regarding Myanmar and the Philippines as China increases its influence in the Southeast Asian region.

U.S. diplomats across the region have launched attacks on Beijing's policies that is resulting in an escalating war of words.

In an article he contributed to the Irrawaddy newspaper and published on July 18, George Sibley, the charge d'affaires of the U.S. Embassy in Myanmar, condemned China's interference in Myanmar, particularly over the Kyaukpyu Port development project in Rakhine State in the west of the country which has been promoted by Beijing as part of its Belt and Road infrastructure initiative.

"It takes the shape of infrastructure projects and special economic zones that pile on debt and cede regulatory control, and benefit China far more than they do the people of Myanmar," Sibley wrote of the port development and the BRI.

He also referred to young Myanmar women being trafficked as "brides" to Chinese families in the China-Myanmar border region; the development of exploitative banana plantations by Chinese companies; and the production of illicit narcotics along the Sino-Myanmar border.

In addition, he condemned China for claiming rights over much of the South China Sea, although that is unrelated to Myanmar.

China hit back immediately. The Chinese Embassy in Myanmar posted a long counter-argument on its website and social media, condemning the U.S. statement as "selfish, hypocritical, contemptible and ugly."

China responded to the U.S.'s criticisms of the Myanmar government and army for persecutions of the Rohingya Muslims. In its statement, it said the U.S. had been "intentionally ignoring Myanmar's efforts on the issue while continuously pressuring Myanmar on it," and criticized the U.S.'s outdated "Cold War mindset."

The U.S.-China rift in Myanmar is a reflection of the Myanmar government's delicate policy regarding China. After the transition to civilian rule in 2011, the Myanmar government made concessions to Western countries, including a freeze on the Chinese-led dam construction project that had been planned in northern Myanmar and the release of pro-democracy leader Aung San Suu Kyi from house arrest.

But the Suu Kyi-led National League for Democracy, which took power in 2016, had to engage with China, which has influence over ethnic armed groups in the China-Myanmar border region, in an effort to end a long civil war there. When persecutions of the Rohingya Muslims drew global attention in 2017, the country became more dependent on China to fend off growing international criticism.

In an interview with Nikkei in October 2019, Suu Kyi said, "Our country has maintained a very neutral and, in my opinion, a very common-sensical foreign policy ever since we became independent."

Meanwhile, Myanmar has reduced the size of the Kyaukpyu Port development project to nearly one-seventh of the original plan, due to grave concerns over China's efforts to increase both its interests in the country and Myanmar's debt obligations.

Although America has remained critical of Myanmar's handling of the Rohingya Muslims and other human rights issues, the U.S.'s stance has been slightly different from that of the European Union, for example, and has prioritized maintaining a friendly relationship with Myanmar even after the Rohingya problem came to light.

In August 2019, Washington invited Suu Kyi to "The Myanmar-Japan-U.S. Forum on Fostering Responsible Investment," which it hosted with Japan.

While the U.S. has urged the Myanmar government to improve its human rights situation, it hopes to maintain sound economic relations with the country, in an effort to counter China's influence.

The latest U.S.-China spat is playing out in other parts of Southeast Asia as well, with a statement by U.S. Secretary of State Mike Pompeo released on July 13, which denounced China's growing presence in the South China Sea, igniting negative feeling. Pompeo said in the statement that Beijing's claims across most of the South China Sea were "completely unlawful."

"Beijing's harassment of Philippine fisheries and offshore energy development within those areas is unlawful, as are any unilateral Chinese actions to exploit those resources," Kim wrote, using the term "the West Philippine Sea", which is how the Philippine government refers to the South China Sea.

In a written interview with the Manila Times, Chinese ambassador to the Philippines Huang Xilian on July 20 rebuffed the comments as follows: "It is the U.S., not China, that believes in 'might makes right' and resorts to force and intimidation at every turn."

U.S. Ambassador to Thailand Michael George DeSombre also wrote a piece for local media on July 14. "The tactics of coercion, subversion and disinformation used in the South China Sea raise questions on how China may use these tools elsewhere in the Indo-Pacific region," he wrote.

A spokesperson for the Chinese Embassy in Bangkok refuted this in a statement the same day. "The U.S. is a country outside the region... and has kept interfering in the issue and disturbing the tranquillity of the South China Sea by making a show of force arbitrarily," the statement said.

The South China Sea, being an important shipping lane for oil and natural gas coming from the Middle East, is one of China's core interests that it is not likely to give up on. The U.S. denial of China's interest in these waters has "brought the U.S.-China conflict to a new level," said a diplomatic source who asked not to be named.