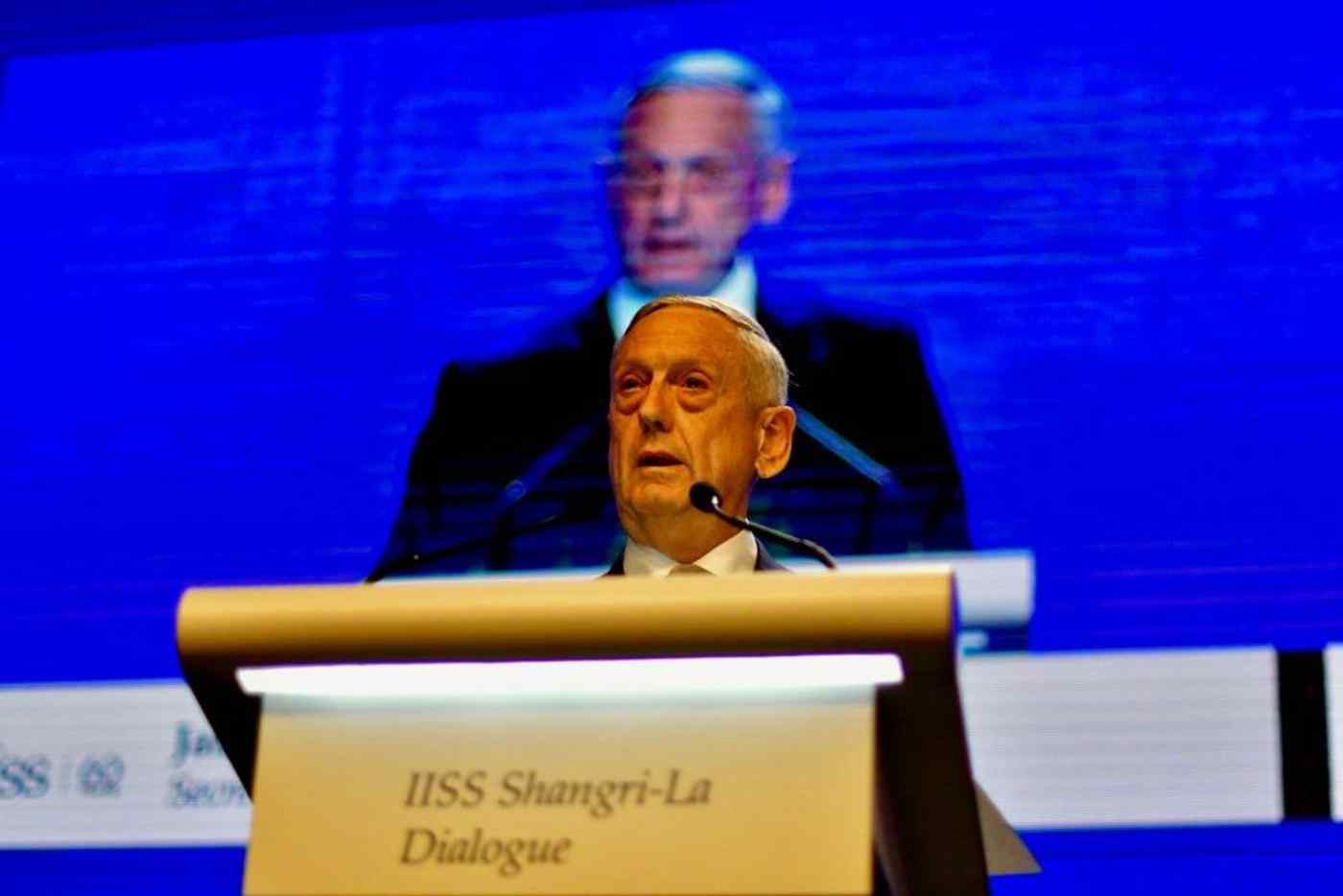 SINGAPORE-- After U.S. Defense Secretary Jim Mattis accused China of "intimidation" and "coercion" in the disputed South China Sea on Saturday, a Chinese general responded by saying that "countries accusing China" are the ones causing tension in the region.

In an early morning speech in Singapore, Mattis said that "China's policy in the South China Sea stands in stark contrast to the openness our strategy promises, it calls into question China's broader goals."