Washington announces $153m package for basin amid tensions with Beijing 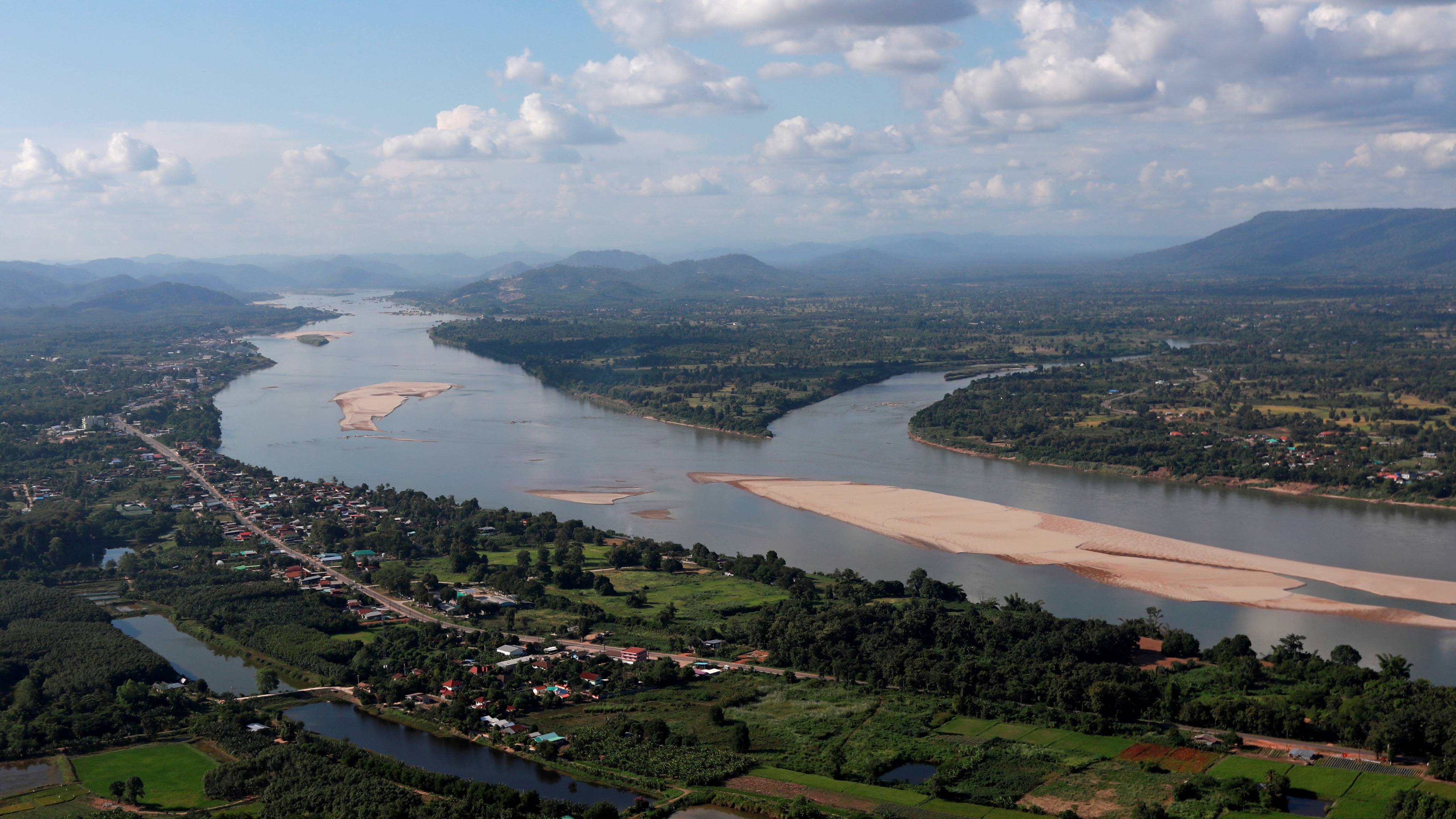 The Mekong river divides Thailand and Laos as seen from Nong Khai, Thailand. The five countries that the river runs through find themselves the beneficiaries of U.S. and Chinese largesse.   © Reuters
KENTARO IWAMOTO and TOMOYA ONISHI, Nikkei staff writersSeptember 12, 2020 14:55 JST | Vietnam
CopyCopied

SINGAPORE/HANOI -- The U.S. and China, their differences widening over the South China Sea and security issues, are trying to win more allies in Southeast Asia.

According to a Vietnamese government news website, the money includes $55 million to combat transboundary crime and $1.8 million to support policymaking by sharing data on Mekong River water resources.

The representatives of the six nations also officially launched a framework for expanded cooperation in regional development and prosperity.

The increased U.S. support comes with China stepping up control over the river, Southeast Asia's longest. The Mekong originates in southern China and meanders 4,000 km through the five countries before finding the South China Sea. Along the way, it feeds and provides livelihoods for millions of Southeast Asians.

China recently announced a plan to create a system for sharing water management data with its Southeast Asian neighbors by the end of the year. For years, Beijing has also been providing massive funding for infrastructure development in the Mekong countries under its Belt and Road Initiative.

Washington is also set to open a regional office of the U.S. Centers for Disease Control and Prevention in Hanoi to increase its public health engagement in Southeast Asia. Under the U.S.-ASEAN Health Futures program, Washington is to push new initiatives. The program also carries an additional investment to help ASEAN prepare for public health emergencies. In addition, a Health Futures Alumni Network is to be created, the U.S. State Department said on Thursday.

While the U.S. expands its support to the region, Chinese Foreign Minister Wang Yi said at Wednesday's foreign ministers meeting with 10 ASEAN member states that Beijing is willing to cooperate with ASEAN on tackling COVID-19 and bringing about an economic recovery.

Meanwhile, Gen. Wei Fenghe, China's defense minister, on Friday visited Manila to meet his Philippine counterpart. The meeting signaled an attempt by both sides to ease their tensions in the South China Sea. Wei offered Manila a 130 million-yuan ($19 million) grant for the Philippine military in the form of equipment for humanitarian assistance and disaster relief, part of China's regional charm offensive.

Earlier in the week, Wei made low-key visits to Malaysia, Indonesia and Brunei.

The increased U.S. and Chinese activity comes as ASEAN holds a four-day series of ministerial meetings with key partners, including the U.S. and China. The talks end Saturday.

Wang said the U.S. "is becoming the most dangerous factor hindering peace in the South China Sea." A diplomat, however, told Nikkei that Wang's participation at the virtual conference amounted to no more than a prerecorded video.