US and Japan dig deeper into tariff discussions 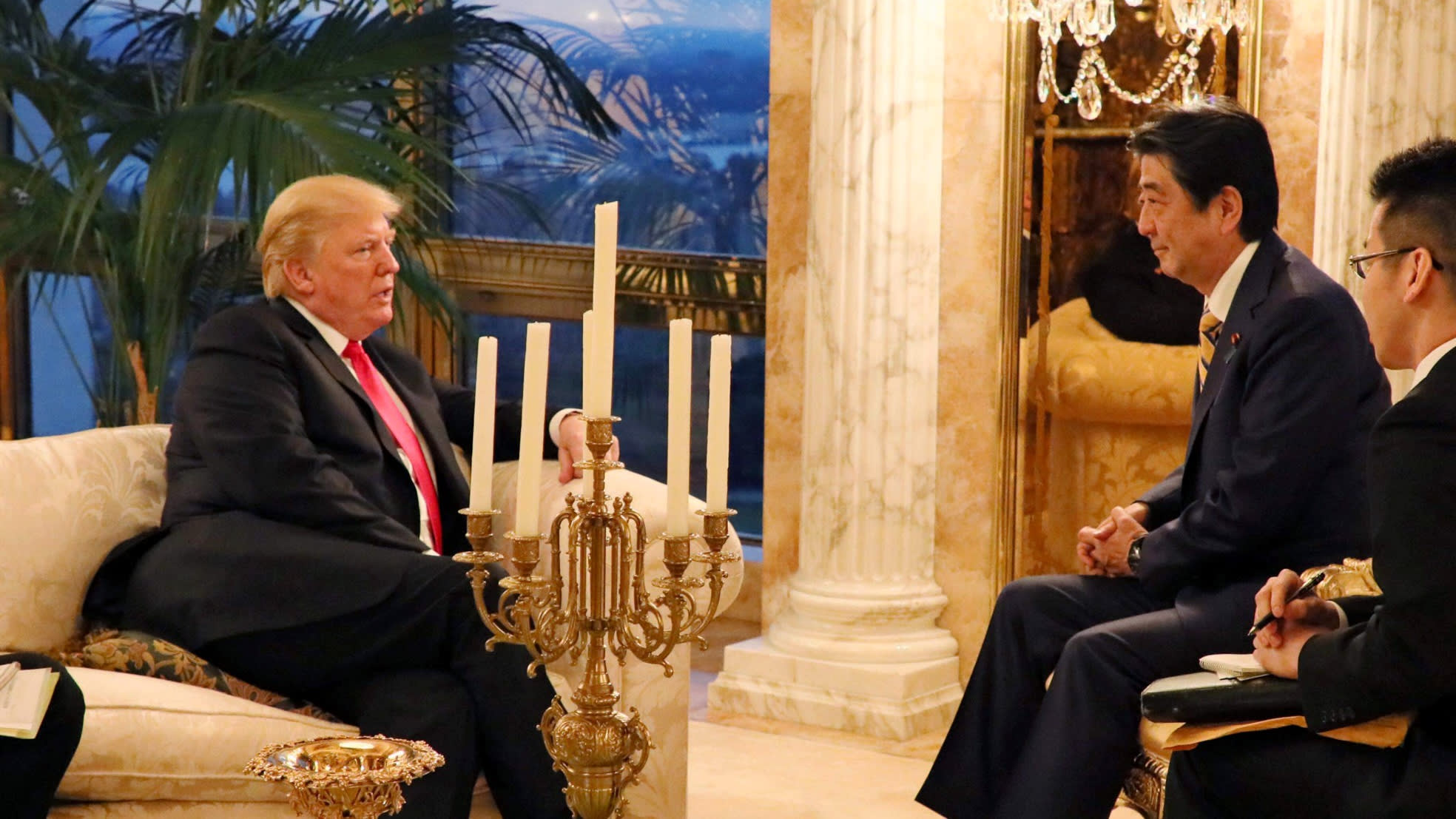 NEW YORK -- Japanese and U.S. negotiators will look to pave the way for concrete bilateral trade talks when they meet this week, as Washington seeks to equalize what it sees as an unbalanced relationship and Tokyo races to avoid damaging auto tariffs.

The second round of "free, fair and reciprocal" cabinet-level trade talks was originally scheduled for Monday, but was moved to Tuesday morning at the U.S. side's request, according to Japan's lead negotiator Toshimitsu Motegi.

Ahead of the trade talks, U.S. President Donald Trump and Japanese Prime Minister Shinzo Abe dined together on Sunday night at Trump Tower, the same setting where Abe became the first world leader to meet face to face with the then-president-elect in November 2016.

"Will be with Prime Minister Abe of Japan tonight, talking Military and Trade," Trump tweeted beforehand. "We have done much to help Japan, would like to see more of a reciprocal relationship. It will all work out!"

The duo talked for about 30 minutes before the meal, seeing eye-to-eye on collaborating to rid the Korean Peninsula of nuclear weapons, according to Abe. They also touched on North Korea's abductions of Japanese nationals in the 1970s and 1980s. Trump reiterated to Abe that he relayed Japan's position on that issue to North Korean leader Kim Jong Un during their June bilateral summit in Singapore.

"In order to resolve the abduction problem, the next step will be for me to personally go face to face with Kim Jong Un," Abe told members of the media after the Trump Tower meeting. "I am determined to not miss any opportunity." Trump and Abe will meet again Wednesday on the sidelines of the U.N. General Assembly meeting.

The meeting kicked off a five-day visit to New York by Abe that could be critical on the trade front as well as national security.

At the cabinet-level trade meeting, the Japanese team will seek a firm commitment from the American side to put threatened auto duties on hold, as a precondition for bilateral negotiations. If the meeting goes well, Abe and Trump could issue a joint statement on Wednesday.

The two sides agreed to talk further at a later date, but in the interim, Trump escalated pressure on Japan to shrink its trade surplus with the U.S. The American president has threatened to slap tariffs on automotive imports from Japan, which would deal a huge blow to the Asian nation's manufacturing industry.

"It is the top priority that we make sure the U.S. does not implement" higher auto duties, Abe said. Japan apparently decided that agreeing to bilateral tariff discussions was a fair price to pay to achieve this goal.

Washington will likely push for lower Japanese tariffs on farm goods, but Tokyo is willing to reduce duties only to levels agreed upon for the Trans-Pacific Partnership, the multilateral trade pact Trump abandoned last year.

Other countries in the 11-member TPP are working toward domestic ratification with an eye toward bringing the agreement into force early next year. If Japan strikes a more favorable trade deal with the U.S. alone, other TPP participants will likely object.

The U.S. could demand further concessions from Japan to help Trump rally voters for the November midterm elections. Those gains would come on top of a provision allowing import quotas on Mexican-made vehicles and auto components that the White House won when renegotiating the North American Free Trade Agreement.

A joint statement from Trump and Abe would lead to concrete trade talks between Tokyo and Washington. The agenda would include not only duties on U.S. farm goods, but also abolition of non-tariff barriers, such as those governing autos and pharmaceutical products. Revision of intellectual property rules is also expected to be discussed.