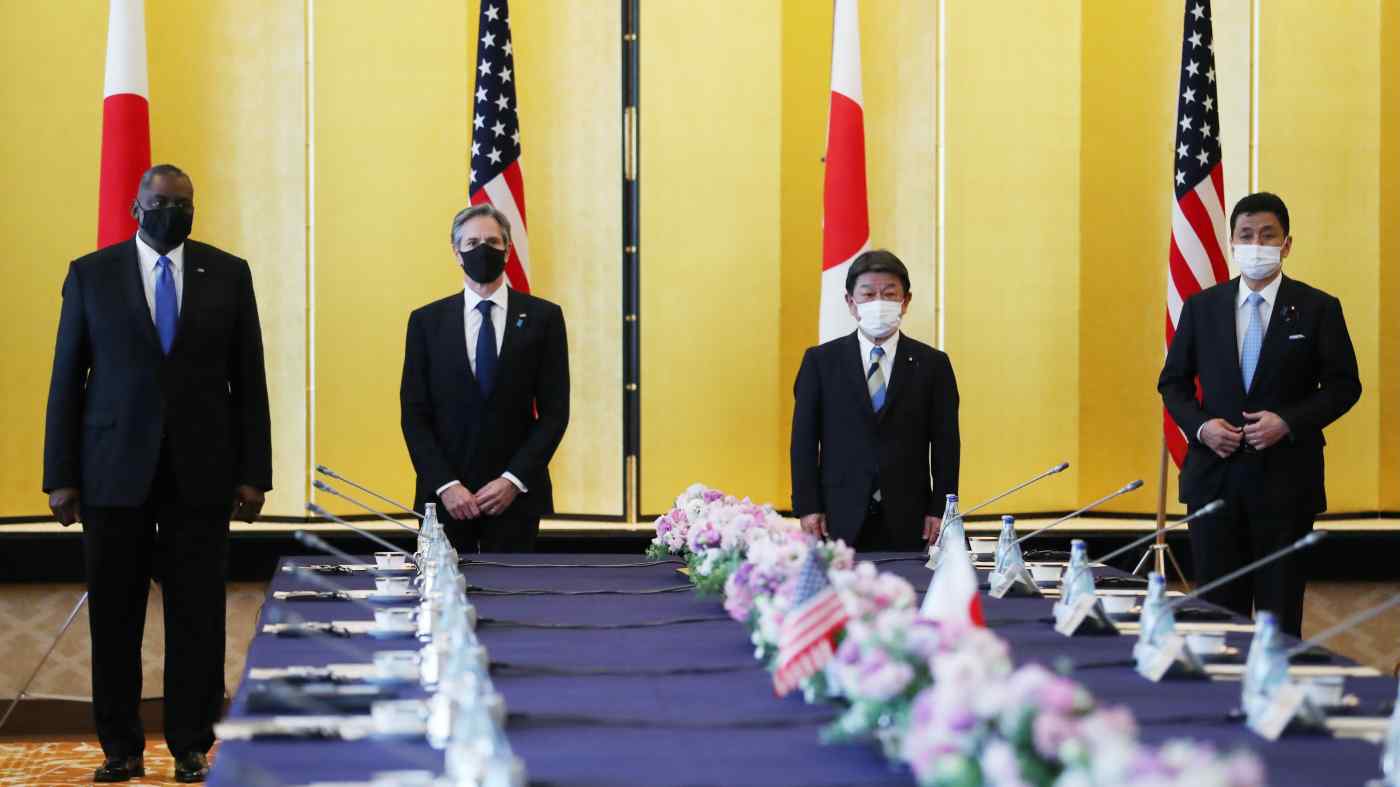 TOKYO -- Japan and the U.S. on Tuesday expressed "serious concerns" over a Chinese law that allows the nation's coast guard to fire at foreign ships in waters around the Japanese-administered Senkaku Islands, which Beijing claims as the Diaoyu.

The allies agreed to deepen defense cooperation and hold joint military drills in the area around the islands in the East China Sea amid an upsurge in Chinese incursions into Japanese waters near the islets.