US and Japan ink quick trade deal on farm and digital

Trump and Abe affirm no additional tariffs on autos, for now 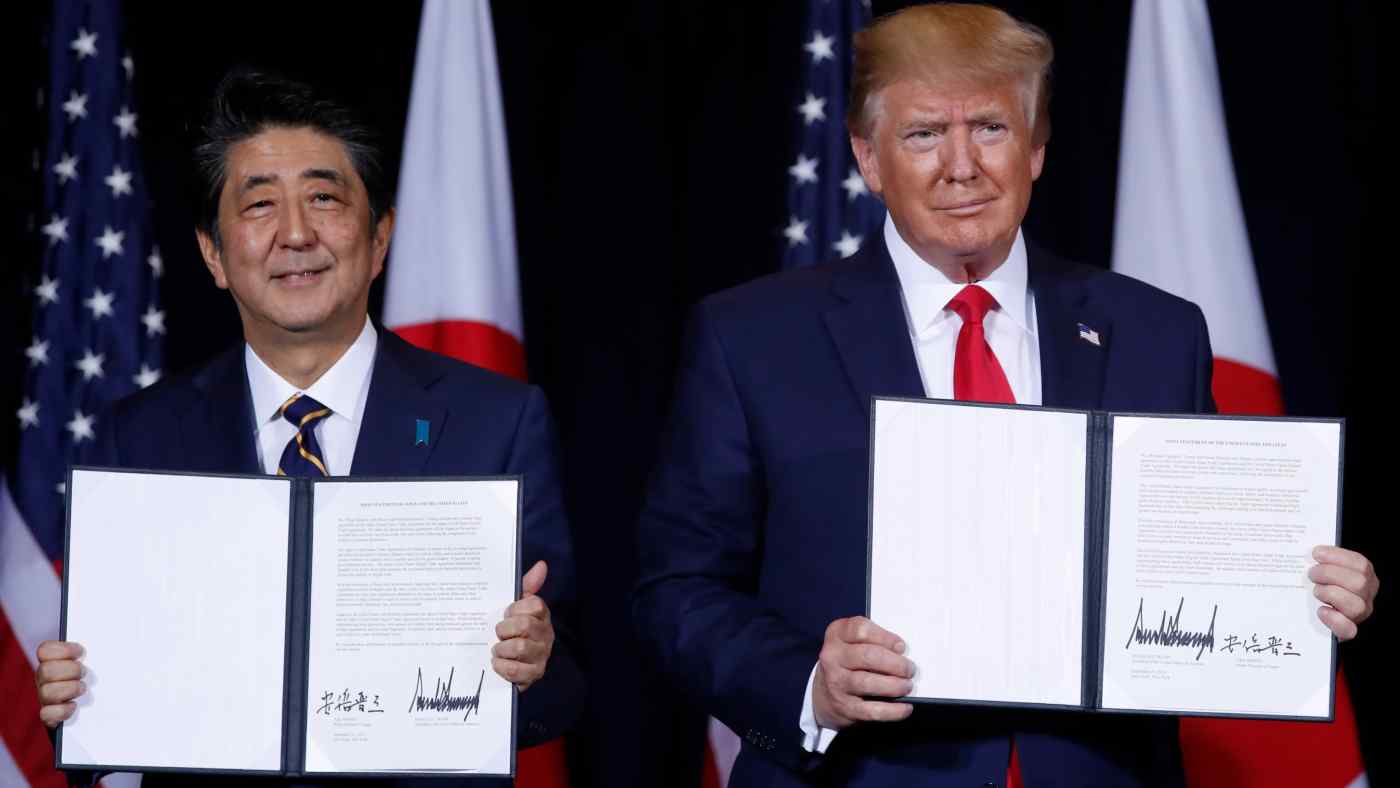 NEW YORK -- U.S. President Donald Trump and Japanese Prime Minister Shinzo Abe signed the first stage of a new trade deal Wednesday, focusing on farm goods and digital products, while confirming that the U.S. will not impose additional tariffs on Japanese cars at this time.

Under a market access agreement, Japan will open new markets to approximately $7 billion in American agricultural products. "Japanese tariffs will now be significantly lower, or eliminated entirely, for U.S. beef, pork, wheat, cheese, corn, wine, and so much more," Trump told reporters at a signing ceremony in New York, on the sidelines of the United Nations General Assembly.