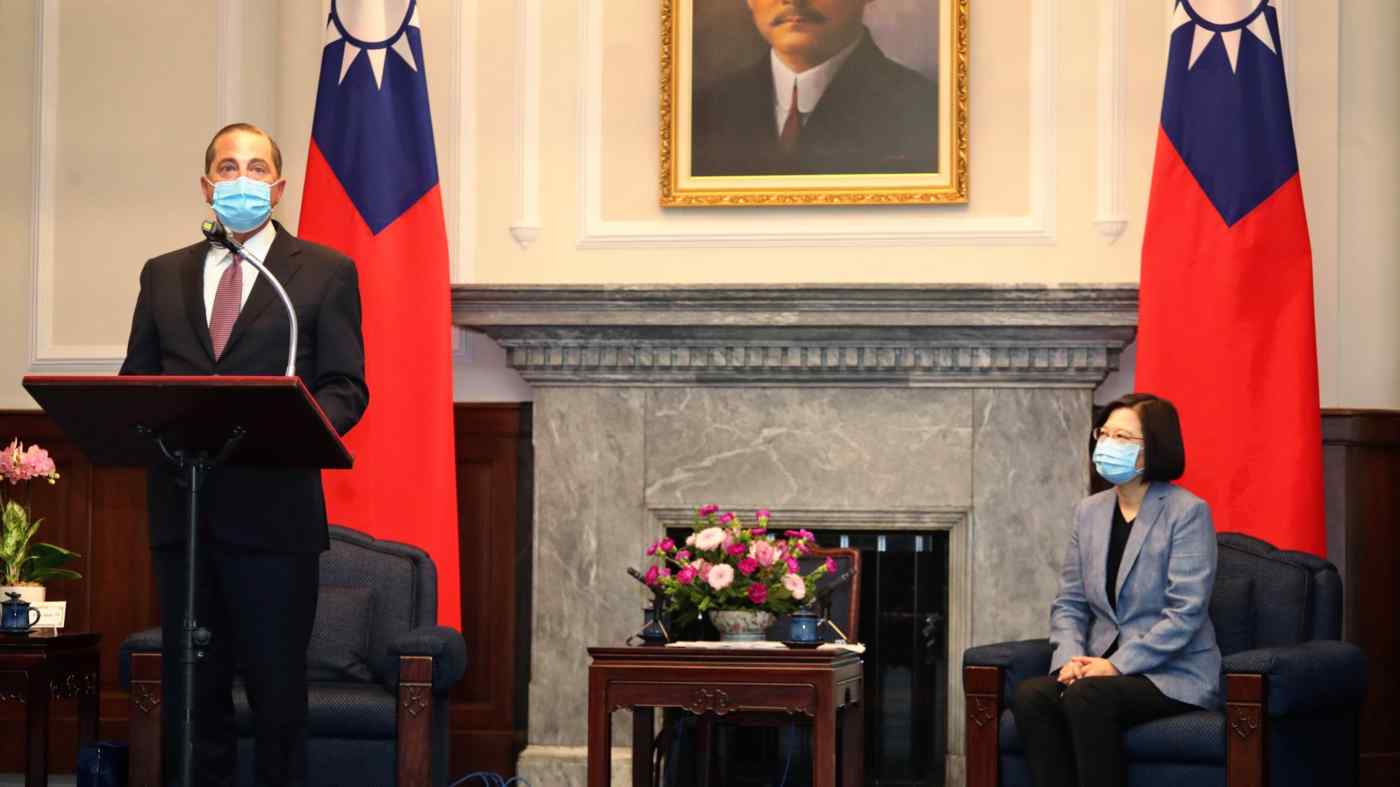 TAIPEI/NEW YORK -- U.S. Health and Human Services Secretary Alex Azar, the most senior American official to visit Taiwan in four decades, hailed Taipei's success in containing the coronavirus as "a tribute to the open, transparent, democratic nature of Taiwan's society and culture."

The comment, made at a press conference Monday, was a thinly veiled jab at mainland China's authoritarian system, which has been blamed for Beijing's hobbled initial response to the outbreak and the lack of information disclosure.