US and UK vow to guard global order against autocracies 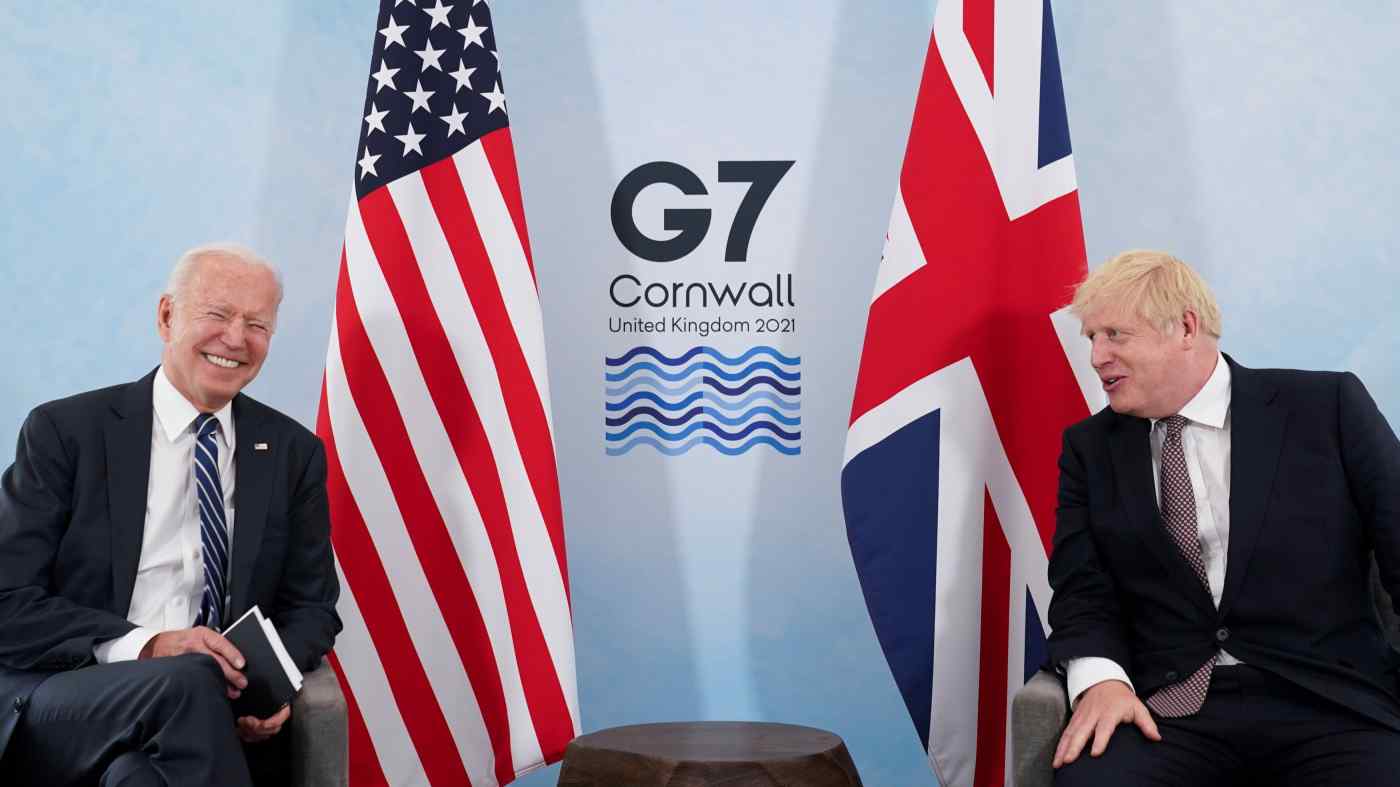 NEW YORK -- U.S. President Joe Biden and British Prime Minister Boris Johnson on Thursday signed a new take on a charter dating back to the Second World War, as the two countries vowed to secure the international order of the 21st century against threats from autocracies.

The New Atlantic Charter was inked as the two leaders met in Cornwall, U.K., on Biden's first trip abroad as president, ahead of the Group of Seven rich nations summit slated to start there Friday. Some 80 years had passed since the original declaration set out American and British visions for a post-World War II order.

The new charter "affirms our ongoing commitment to sustaining our enduring values and defending them against new and old challenges," the document reads. "We commit to working closely with all partners who share our democratic values and to countering the efforts of those who seek to undermine our alliances and institutions."

In the charter, the two allies also promised to "defend key principles such as freedom of navigation and overflight and other internationally lawful uses of the seas," promote sovereign debt transparency and continue building a rules-based global economy.

In a separate joint statement, the two leaders said: "Through strong and principled leadership we will work to shape and secure the international order of the future with NATO as the bedrock of our collective defense." Surfers enjoy the waves as a Royal Navy ship is seen, with security preparations underway for the G7 leaders summit in Cornwall, Britain.   © Reuters

Though the Atlantic Charter was historically associated with the Cold War, a senior Biden administration official said the new version is not meant to be a new Cold War charter.

"It is not meant to pre-stage a new Cold War," the official told reporters ahead of the charter's signing Thursday. Rather, "it is meant to pre-stage a much more complex global landscape where the challenges are accelerating and multiplying in ways that involve both great power competitors and significant transnational threats," such as climate.

Following the bilateral meeting, Biden also announced that the U.S. will donate half a billion doses of the Pfizer coronavirus vaccine to countries in need.

While global taxation stands to be the most widely watched for issue on the G-7 agenda, efforts to support open societies will also be a major theme at the summit.

Biden also plans to hold a global democracy summit this year, having warned that China sees autocracy as the future while emphasizing the importance of proving democracy will prevail.

In their joint statement, the two leaders said the United Nations -- where China has a growing influence -- remains the cornerstone of the international system and that they will work with the organization and international partners to continue to adapt and reform that system.

Biden and Johnson were originally to meet at the historic castle and island of St. Michael's Mount Thursday, but later switched the venue to Carbis Bay seaside resort -- where the G-7 summit is to take place -- due to capricious Cornish weather, British media reported.

The two leaders shared a moment of rapport in front of the press ahead of their bilateral meeting, when Biden said both he and Johnson "married way above our station."

"I'm not going to disagree with the president on that or indeed on anything else, I think, either, likely," Johnson responded.

The two countries have come to increasingly align on China, with the U.K. taking a tougher stance against Beijing. Sharing Washington's national security concerns, the British government last year banned the use of Huawei Technologies equipment in the country's 5G infrastructure, a U-turn from a previous decision.