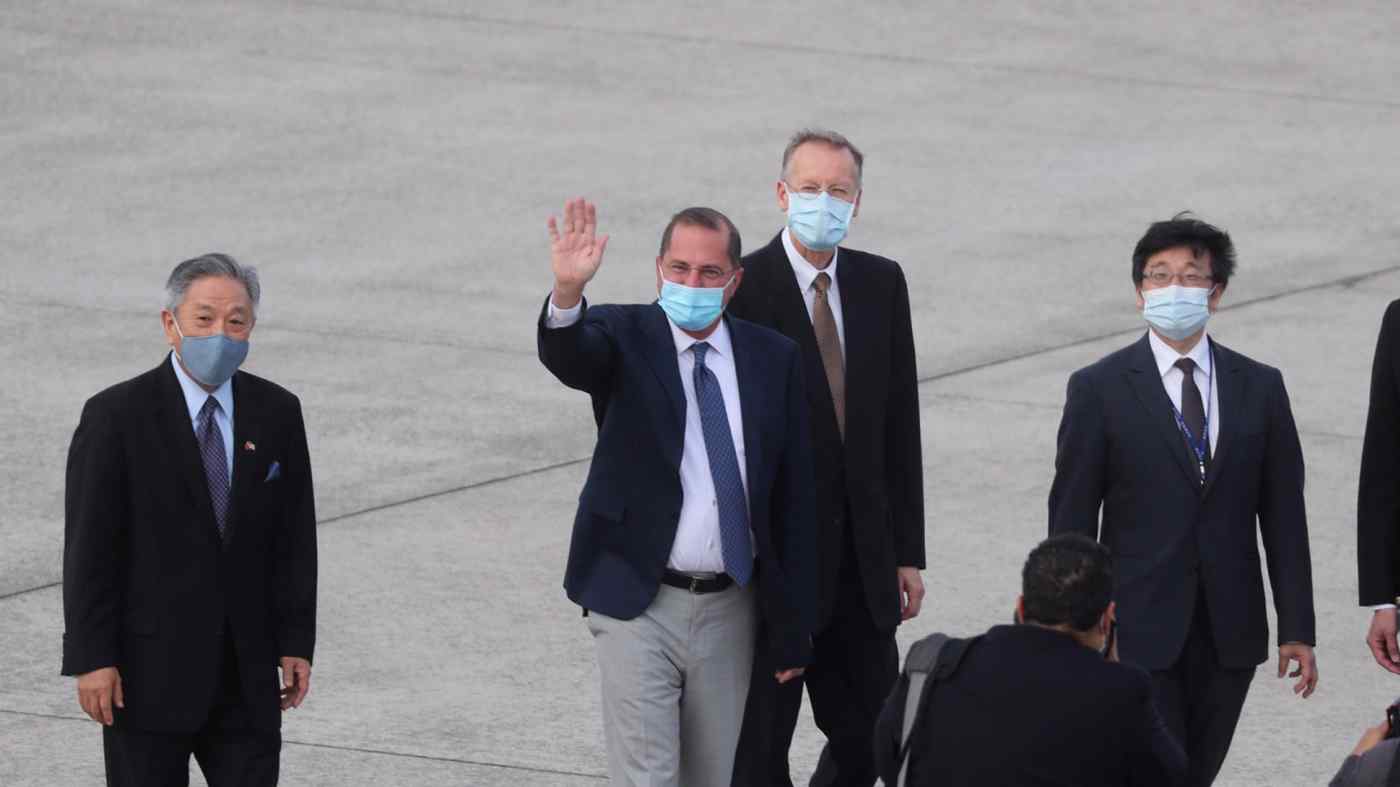 TAIPEI -- U.S. President Donald Trump's health secretary arrived in Taiwan on Sunday ahead of meetings with President Tsai Ing-wen and other officials in the following days, in a conspicuous display of warming relations just as Washington-Beijing ties turn icier than ever.

The American Institute in Taiwan -- the de facto embassy on the self-ruled island that China views as part of its territory -- described Health and Human Services Secretary Alex Azar's trip as the first by a cabinet member in six years "and the highest level visit by a U.S. cabinet official since 1979."