Cooperation with New Delhi part of drive to counter China 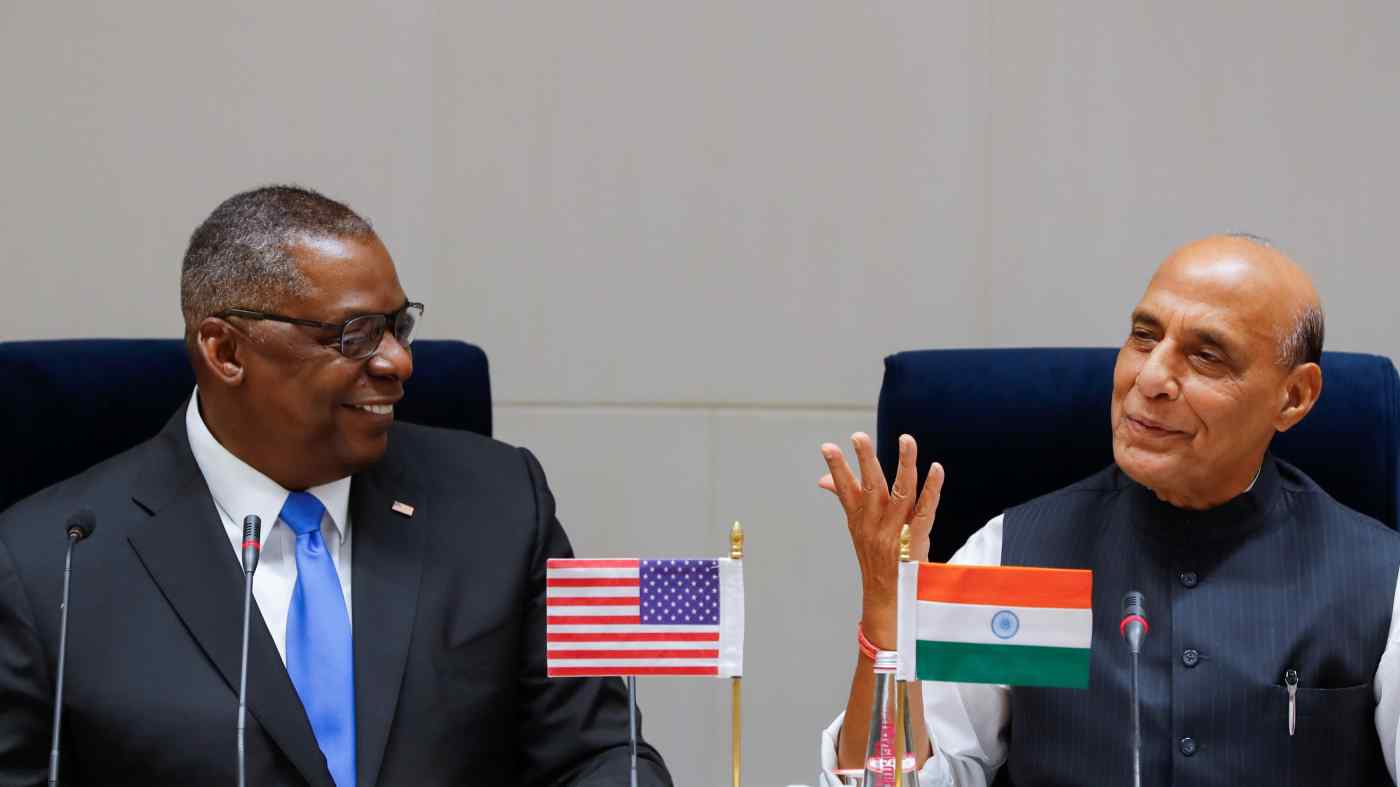 NEW DELHI (Reuters) -- The United States would like to elevate and strengthen security ties with India, especially in information sharing and logistics, Defense Secretary Lloyd Austin told his Indian counterpart on Saturday.

Austin is making the first visit by a top member of U.S. President Joe Biden's administration to India as part of efforts to forge an alliance of countries seeking to push back against China's assertiveness in the region.

The leaders of the United States, India, Australia and Japan -- countries together known as the Quad -- held a first summit last week pledging to work together for a free and open Indo-Pacific and to cooperate on maritime and cyber security in the face of challenges from China.

"We discussed opportunities to elevate the U.S.-India major defence partnership, which is a priority of the Biden-Harris administration. And we'll do that through regional security cooperation and military to military interactions and defence trade."

Austin met Indian Prime Minister Narendra Modi on his arrival in New Delhi on Friday. He leaves on Sunday.

"India and US are committed to our strategic partnership that is a force for global good," Modi said on Twitter.