US nudged Abe toward Olympics visit 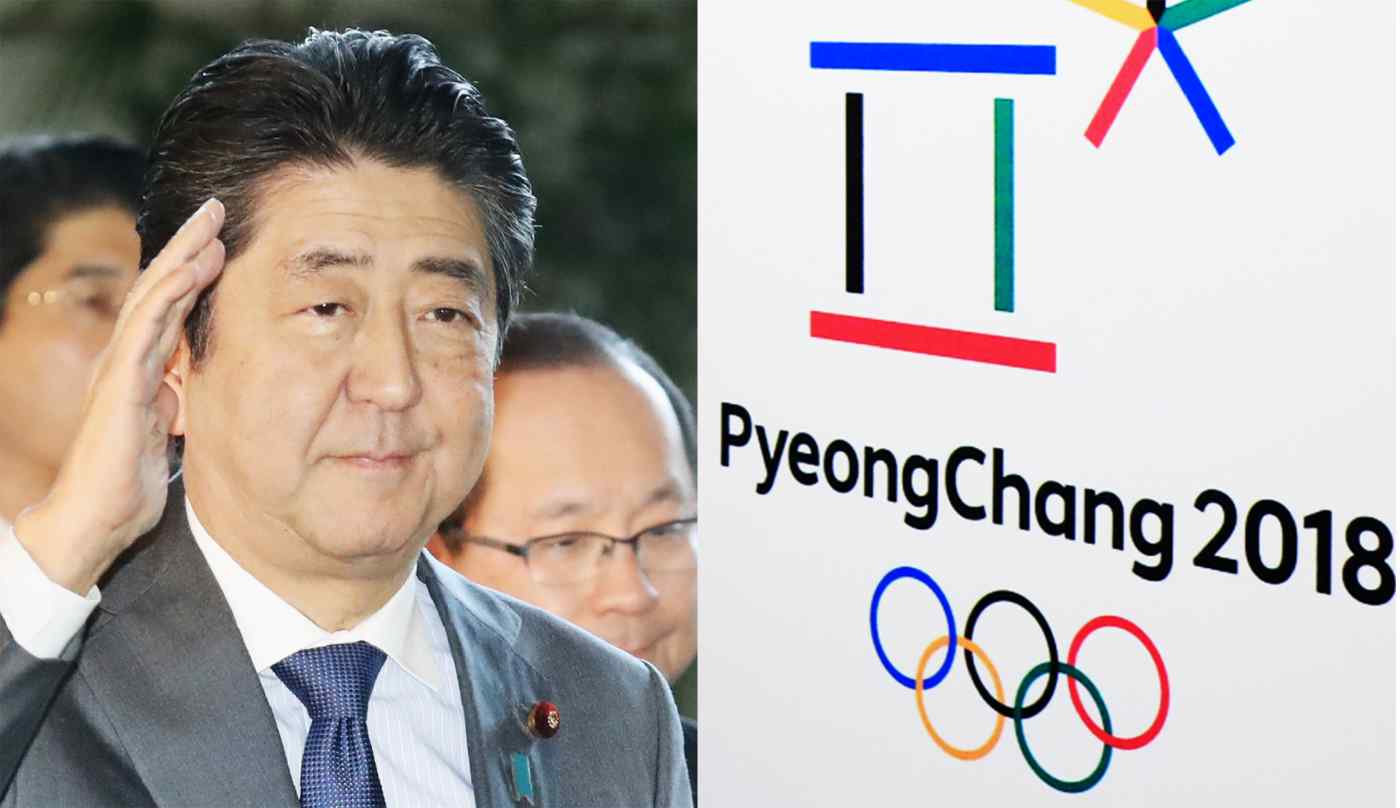 TOKYO/SEOUL -- Japanese Prime Minister Shinzo Abe's decision to attend the opening ceremony of next month's Winter Olympics in South Korea was largely prompted by persuasion from the U.S.

The prime minister made a calculated bet that nudging Seoul back toward pressure on North Korea would be worth defying domestic critics digging in on historical issues.

Abe was reluctant to go at first, arguing that conditions were far from favorable with tensions flaring up again over the issue of wartime "comfort women." South Korean President Moon Jae-in has been critical of a 2015 deal meant to "finally and irreversibly" settle the matter, calling it seriously flawed late last year. His call Jan. 10 for Japan to take additional steps, including an apology, soured relations with Tokyo.

The prevailing view in the prime minister's office and the Foreign Ministry was that for Abe to attend the games in Pyeongchang under these circumstances would send the wrong message to Seoul. But with the event starting to stir hopes of North-South dialogue, Abe apparently deemed it necessary to warn Moon in person against breaking with the maximum pressure strategy spearheaded by the U.S. and Japan.

Washington seems to have played a significant role in this change of heart. U.S. President Donald Trump told Moon in a Jan. 10 call that America would send a delegation led by Vice President Mike Pence to the games. The decision to send Trump's deputy demonstrated that America values its relationship with South Korea, a Japan-U.S. diplomatic source said.

After the conversation, Washington urged Tokyo to consider having Abe attend as well, citing the North Korea crisis, according to a Japanese government insider. The prime minister, concluding that the idea had to be given serious thought, worked with senior Foreign Ministry officials to consider the upsides and downsides.

Recent opinion polls also gave Abe more reason to make the trip. In a survey conducted Saturday and Sunday by the Asahi Shimbun, 53% of respondents said the prime minister should attend the opening ceremony, with only 30% opposed. A poll by the Sankei Shimbun and Fuji News Network over the same period found a narrower split favoring his participation, 49.5% to 43.1%. Abe reportedly expressed surprise at the results.

"Not going to South Korea despite the positive poll results could have invited criticism that he was being immature," a government source said. 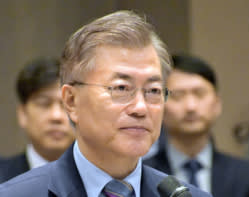 Only a very small subset of government officials was told about the planned trip. Tokyo just informed Seoul of Abe's offer Wednesday morning, looking to arrange a summit in the little time left before the Feb. 9 opening ceremony.

"One purpose of the prime minister's visit to South Korea is to secure a commitment from Moon to come to Japan for the 2020 Tokyo Olympics," a Japanese government insider said.

The move could backfire on Abe politically. Criticism of the prime minister's decision was widespread at a joint meeting Wednesday of the ruling Liberal Democratic Party's Foreign Affairs Division and a party committee tasked with restoring Japan's "honor and trust" by combating negative coverage of the comfort women issue.

Though Abe is defying his critics by going ahead with the trip, he has privately acknowledged that it may not necessarily help relations with Seoul.

The move came as a relief to South Korea. Moon has been trying to persuade the leaders of the four big nations closest to the country geographically or diplomatically -- the U.S., China, Japan and Russia -- to attend the Olympics, hoping to use the event to engineer a breakthrough on the North Korea crisis.

With Trump, China's Xi Jinping and Russia's Vladimir Putin all but certain to skip the games, Abe's decision to attend threw the South Korean leader a lifeline.

A senior Blue House official asserted that the South Korean side would not press Abe for further action on the comfort women issue or bring up historical disputes during the summit. With this year marking the 20th anniversary of a joint declaration on bilateral partnership by then-Japanese Prime Minister Keizo Obuchi and South Korean President Kim Dae-jung, Seoul hopes to use Abe's visit to discuss ways to expand cooperation.

This does not mean South Korea is inclined to let up on historical issues. This is particularly true of the comfort women issue, for which the government seeks to pursue a victim-centered approach. How much Abe can do to mend fences remains unclear.