US security and economy 'undoubtedly put at risk' by China 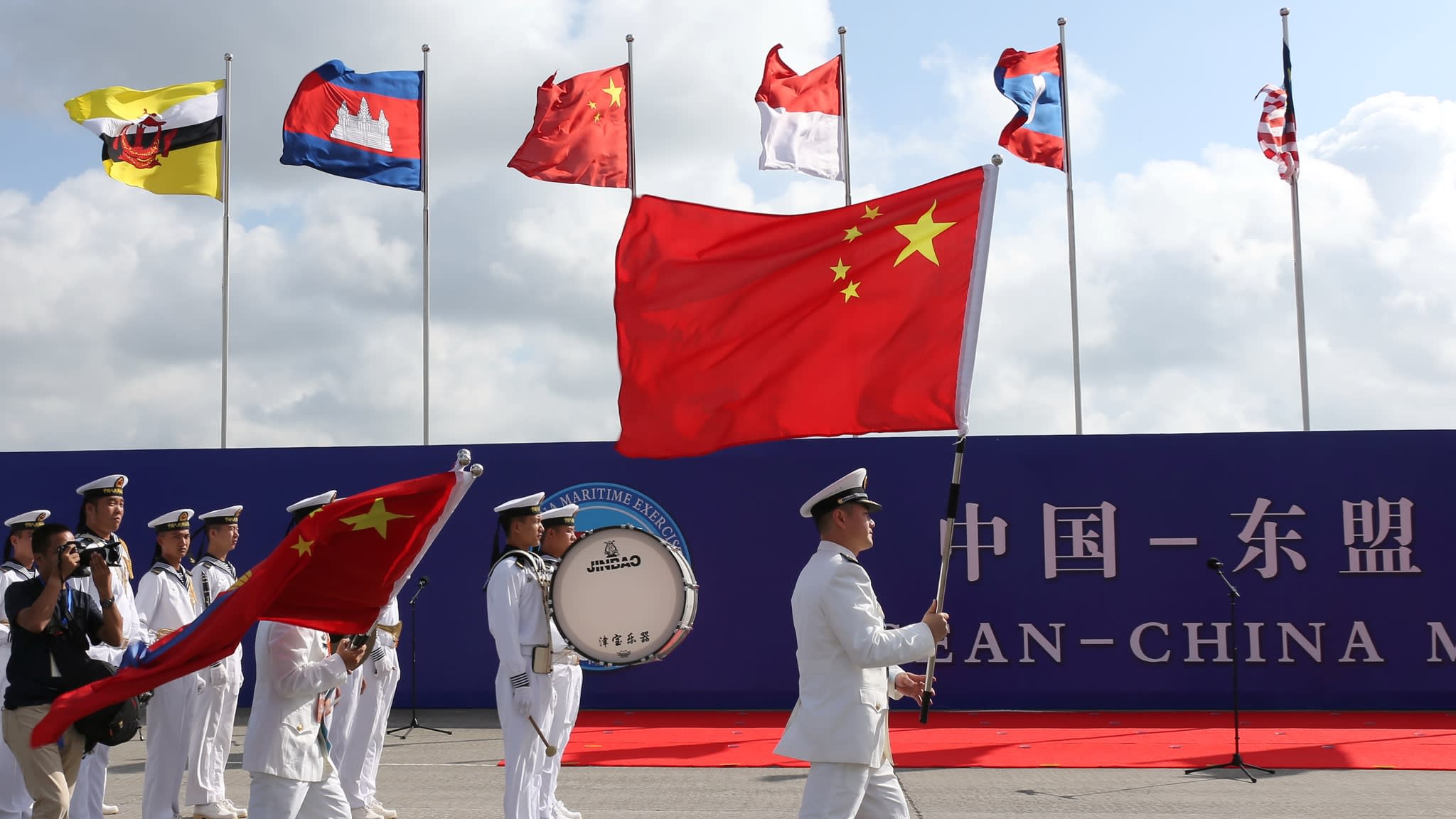 Members of China's military carry the nation's flag during the opening ceremony in October of the China-ASEAN Maritime Exercise.   © Reuters

It also warned that the country may steal information from U.S. corporations by taking advantage of key technologies for data distribution.

"Many aspects of China's attempts to seize leadership have undoubtedly put at risk the national security and economic interests of the United States, its allies and partners," the report states.

The commission, whose members include former government officials and China experts, wields a great deal of influence over congressional policies.

The annual report specifically says China is developing and operating seaports under its Belt and Road Initiative -- ostensibly aimed at creating a vast economic bloc -- but in fact is using them as fuel and supply bases for its navy. The report continues, saying China uses protection of infrastructure needed for development as the pretext for deploying its naval forces overseas.

It also raises concerns that China's aggressive spending on next-generation defense technologies may eclipse U.S. military supremacy in the medium to long term.

Regarding denuclearization of the Korean Peninsula, the report said China appears to have started to relax its sanctions against North Korea, weakening the U.S. policy of applying maximum pressure on Pyongyang. It also says China places a low priority on the denuclearization issue.

"Beijing appears to have already started to loose enforcement of sanctions on North Korea, undermining the U.S. 'maximum pressure' campaign," it said.

The report notes that China is aggressively supporting development of devices related to the internet of things, technology that connects objects online to each other. As these devices find their way into America's infrastructure, they may give China covert access to personal and corporate data.

In trade and investment, China is demanding that U.S. companies transfer technology in exchange for access to its vast market, according to the report. It may not be efficient, the report says, to use multilateral trade frameworks, such as the World Trade Organization, to resolve issues arising from China's commercial practices.