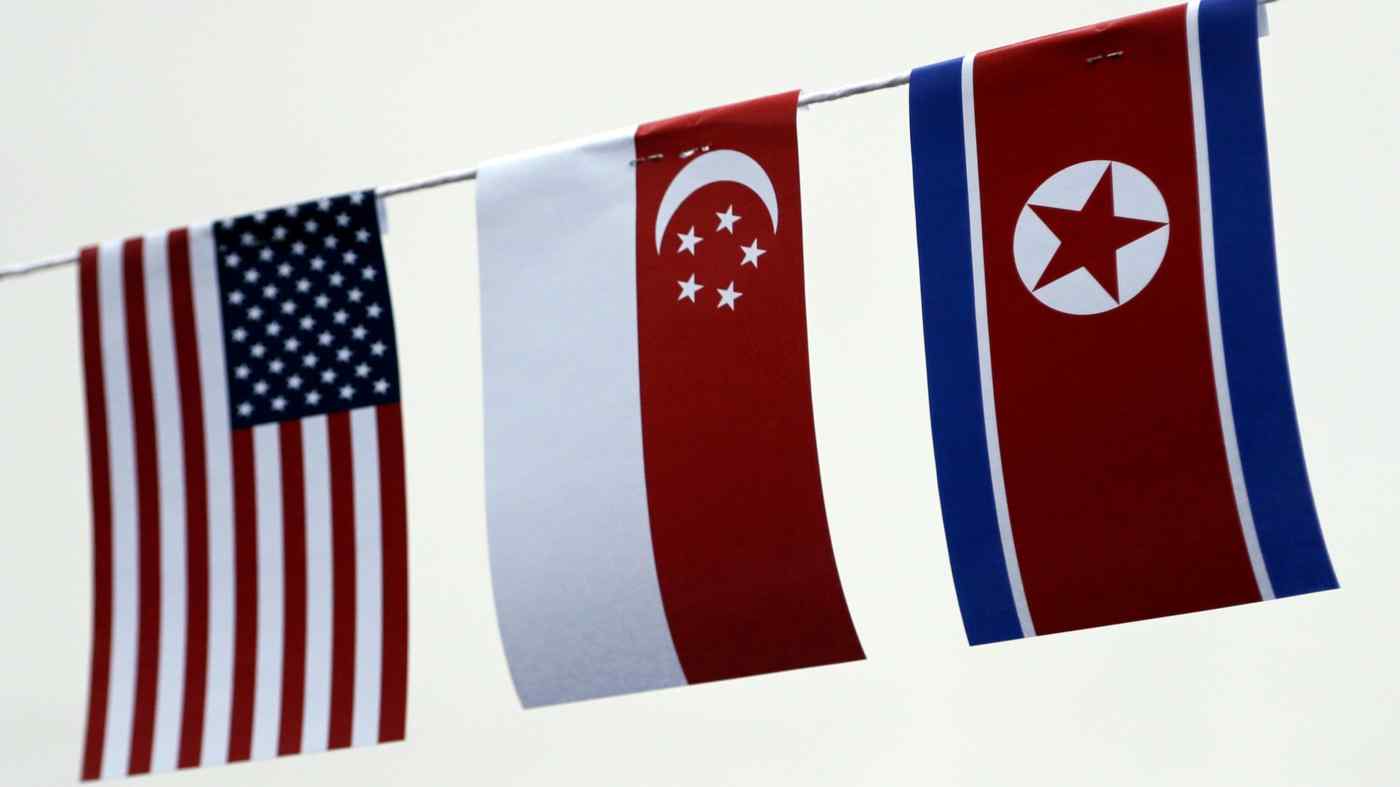 North Korea is the subject of United Nations and other international sanctions over its nuclear weapons and ballistic missile programs. The sanctions restrict its imports of oil and other items.   © AP
July 31, 2021 08:49 JST | U.S.
CopyCopied

WASHINGTON (Reuters) -- The U.S. Justice Department (DoJ) on Friday announced the seizure of a 2,734-ton tanker it said was owned and operated by a Singaporean national and used to make shipments of petroleum products to North Korea in violation of international sanctions.

A DoJ statement said the M/T Courageous was seized by Cambodian authorities in March 2020 in accordance with a U.S. warrant, having been used to transfer oil products to North Korean vessels and to make direct shipments to the North Korean port of Nampo.

"Criminal charges of conspiracy to evade economic sanctions on the DPRK and money laundering conspiracy are pending against the alleged owner and operator of the Courageous, Kwek Kee Seng, a Singaporean national who remains at large," it said, using the acronym of North Korea's official name, the Democratic People's Republic of Korea.

The statement did not say why the charges against Kwek had not yet been brought more than a year after the ship was seized but added that a New York federal court had entered a judgment of forfeiture regarding the vessel on Friday.

North Korea is the subject of United Nations and other international sanctions over its nuclear weapons and ballistic missile programs. The sanctions restrict its imports of oil and other items.

The DoJ statement charged that over a four-month period between August and December 2019 the M/T Courageous illicitly stopped transmitting information of its location and during this time satellite imagery showed it transferring more than $1.5 million worth of oil to a North Korean ship, the Saebyol.

The statement said payments to purchase the Courageous and the oil were made using U.S. dollars through unwitting U.S. banks, in violation of U.S. law and U.N. resolutions.

"Kwek and his co-conspirators overseas sought to conceal these sanctions-evading transactions by, among other things, using front companies to disguise the nature of the transactions," it said.

It did not name any co-conspirators.

North Korea has rebuffed U.S. calls for a return to negotiations over its weapons programs and has long sought a lifting of sanctions hobbling its economy.