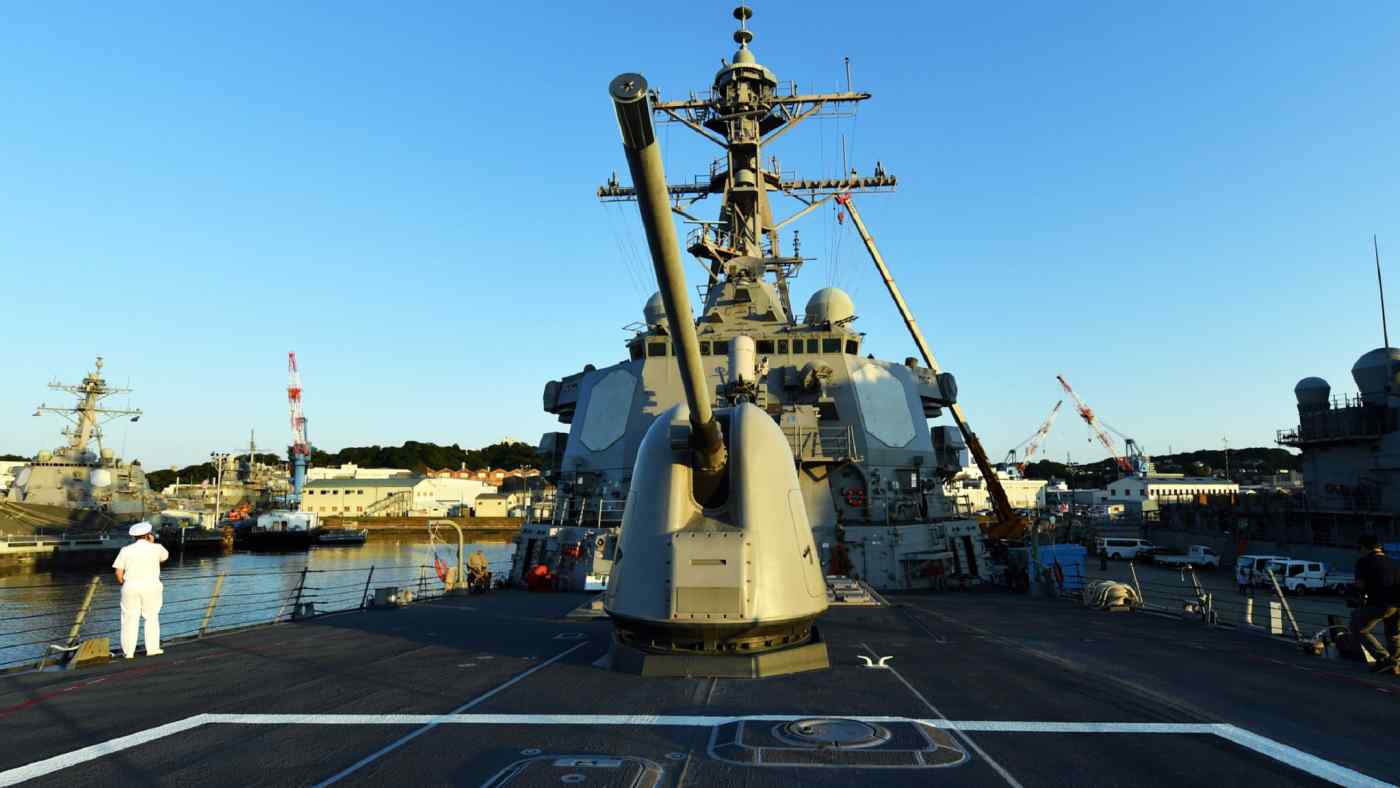 TOKYO -- The U.S. and Japan are looking to jointly develop next-generation radar technology that would use Japanese semiconductors to more than double the detection range of the Aegis missile defense system.

This would mark the first major military technology collaboration between the allies since 2014, when Japan relaxed rules that essentially banned exports of weapons and related technologies and set new ones on equipment transfers that make teaming up easier.

The Aegis system brings together powerful radar and missiles to locate and intercept several incoming missiles or attack aircraft simultaneously. Japanese vessels equipped with the system currently employ Lockheed Martin's SPY-1 radar. The U.S. Navy plans to upgrade its ships with Raytheon's SPY-6, which can detect missiles more than 1,000 kilometers away, or more than twice as far as the SPY-1.

The U.S. and Japan now aim to develop an even longer-range system that is also more compact, letting ships stationed in the Sea of Japan watch for missiles across all of the Korean Peninsula and part of eastern China.

Washington apparently broached the topic of collaborating on this next-generation system at high-level military talks in June. It hopes to incorporate technologies from companies such as Mitsubishi Electric that use gallium nitride chips, which make radar systems much more powerful at little additional energy cost. While American contractors have similar technology, Japan is thought to be the leader in the field.

The countries are expected to agree on the joint project as early as this year. Studies would come first, preparing for mass production five or 10 years down the road. Japan plans to begin budgeting research expenses for the project as early as in fiscal 2019.

Aegis is largely a collection of American technologies. That Japan will be involved in such a key piece of the system as radar and will contribute chips, the locus of its technological power, signifies a deepening bilateral cooperation on security.

With the finished system likely be exported to other American allies, Tokyo hopes the undertaking will benefit the Japanese contractors involved.

Japan has also supplied technology for a next-generation interceptor missile, the SM-3 Block IIA, as well as for the F-2 fighter jet. It also last year partnered with the U.K. to develop an air-to-air missile.

International collaboration is becoming the norm for advanced defense systems, as developing and manufacturing high-grade technology entails enormous costs. The deal between the U.S. and Japan comes at a time when President Donald Trump is pushing Tokyo to buy more expensive weaponry to reduce Japan's steep trade surplus.