US to limit number of employees at Chinese media outlets 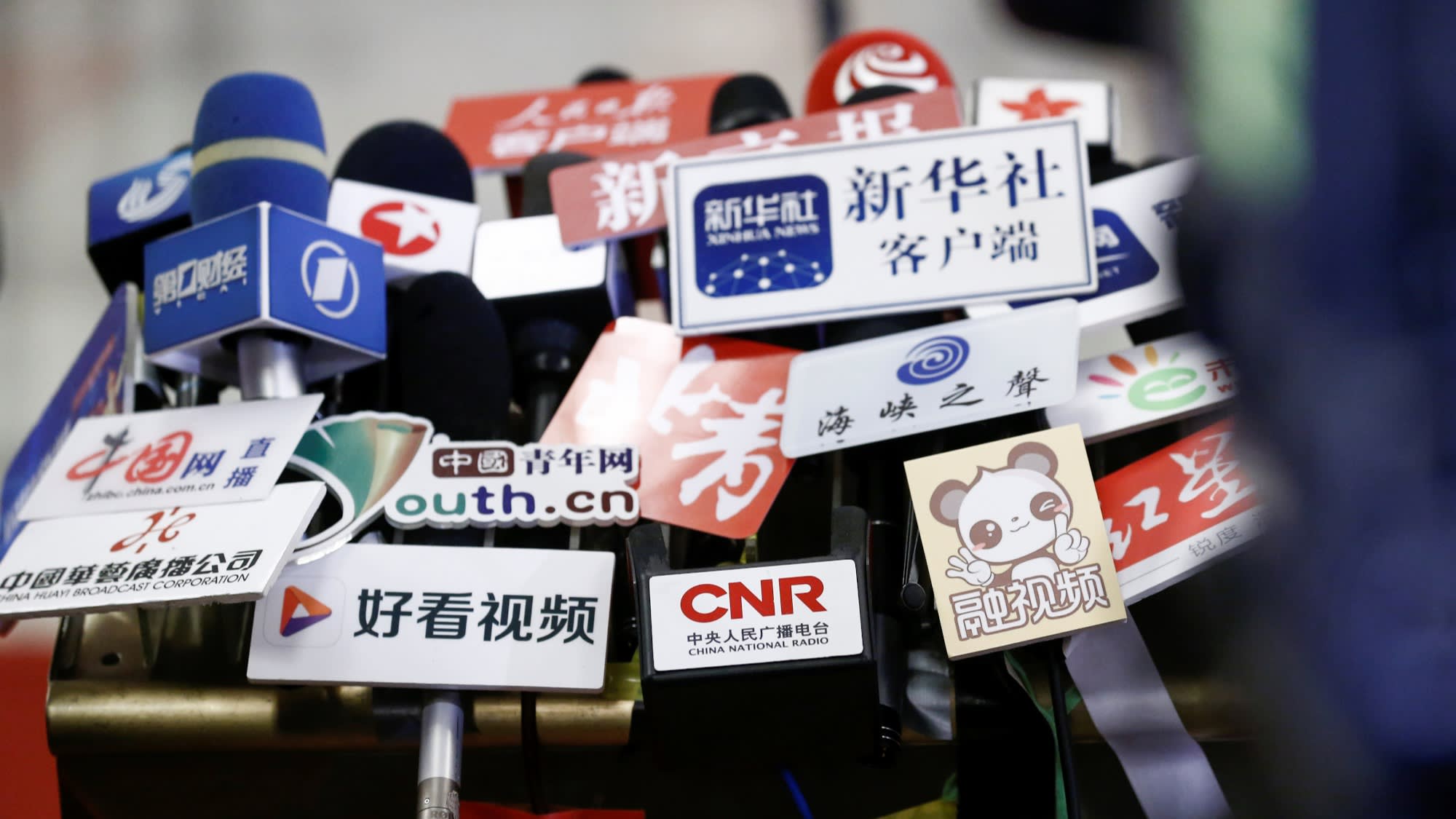 WASHINGTON (Reuters) -- The United States is slashing the number of Chinese employees permitted to work at the U.S. offices of major Chinese state-owned media outlets to retaliate against Beijing over its "long-standing intimidation and harassment of journalists," senior State Department officials said on Monday.

China last month revoked the visas of three Wall Street Journal reporters in Beijing after the newspaper declined to apologize for a column with a headline calling China the "real sick man of Asia". Another reporter with the paper had to leave last year after China declined to renew his visa. One of the State Department officials said the U.S. decision was not particularly linked to the Wall Street Journal case.

"For years, the (Chinese) government has imposed increasingly harsh surveillance, harassment and intimidation against American and other foreign journalists in China," a senior State Department official told reporters in a briefing.

"There’s a long standing issue here. We've been imploring the Chinese for years and years now to improve their treatment of journalists in China. So, this is not linked to any one particular incident," he said, but added that the expulsion of Journal reporters was a "fairly egregious" example.

Effective March 13, Washington will be capping the number of U.S. based employees of Xinhua News Agency, China Global Television Network, China Radio International, China Daily Distribution Corp to a total of 100, from 160.

The four were among the five outlets designated by the United States as foreign embassies earlier this month, officials said, as a first step of this move.

Both officials spoke to reporters on condition of anonymity.

Tensions between the two superpowers have escalated since President Donald Trump came to office three years ago, with disputes over issues ranging from trade to accusations of Chinese spying in the United States and to U.S. support for Taiwan.

On Monday, the Foreign Correspondents Club of China said in a report that the Chinese government has "weaponised" visas as part of a stepped-up campaign of pressure on foreign journalists.

While the U.S. goal was to get China to be more open with foreign journalists, Washington was ready to take further action if Beijing were to retaliate.

"If in fact they decide to take this in a further negative direction however of course..all options would be on the table. I can't tell you what in particular we would do, but we’d sit down review the circumstances and then consider all of our options," the official said.

The personnel caps would be placed on the entities as opposed to people hence it would be up to the media outlets to decide the necessary staffing cuts, the officials said.

While the United States will not be sending anyone back, the officials acknowledged that the Chinese individuals whose visas are contingent on their ability to work in the United States may be forced to leave the country.