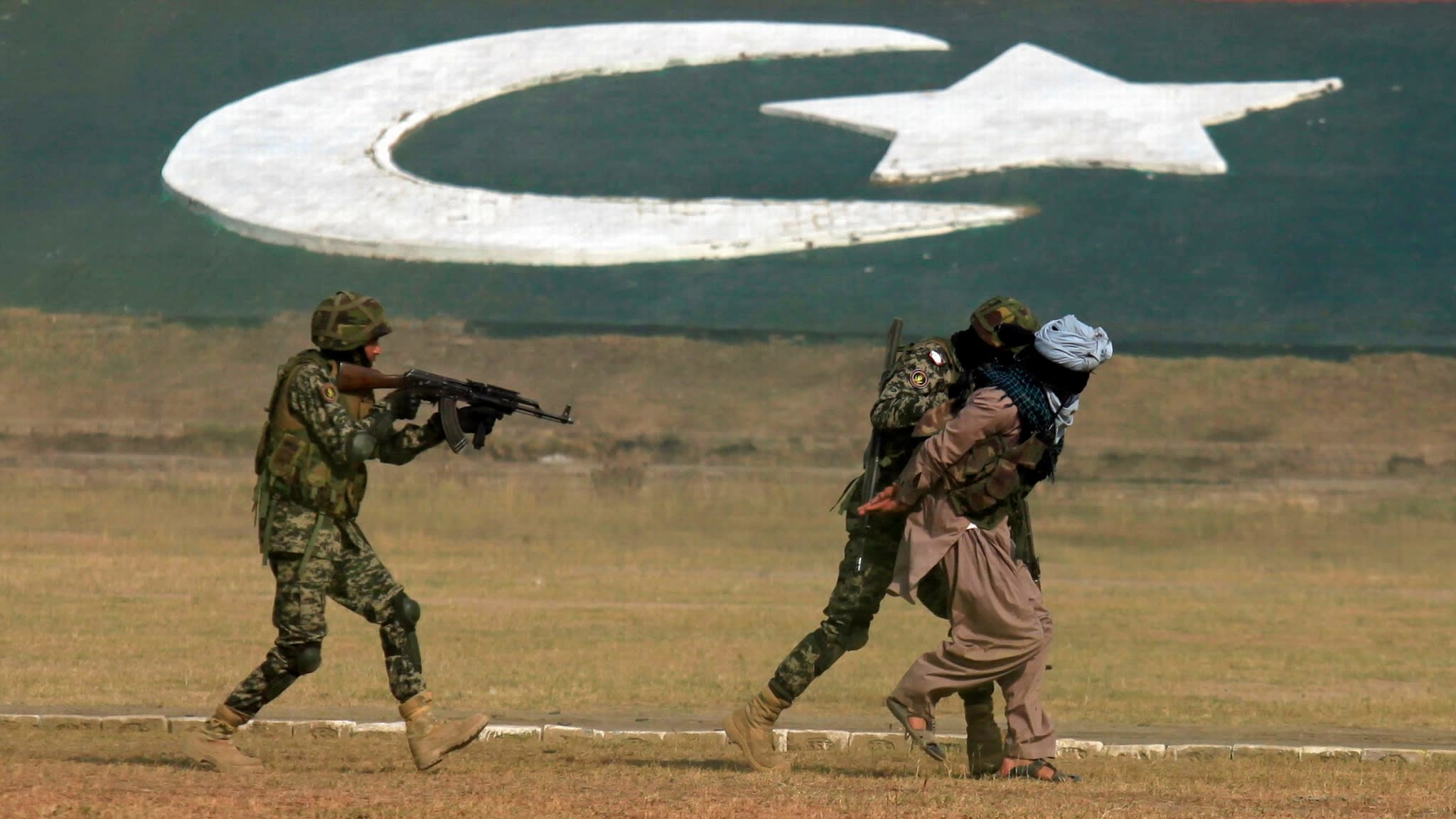 Pakistani troops take part in combat drills. The country has been accused of providing a safe haven to Taliban militants from neighboring Afghanistan.

The American side repeatedly urged Islamabad to make a greater contribution to the peace process, while Pakistan outlined its "comprehensive" stance on its neighbor, according to local reports.

The U.S. has publicly accused Pakistan of providing a safe haven to the Taliban and allowing the insurgents to conduct cross-border attacks in Afghanistan.

Washington decided to cancel $300 million in military aid to Pakistan ahead of Pompeo's trip, citing a lack of "decisive" action against militant groups.

"We need Pakistan to seriously engage to help us get to the reconciliation we need in Afghanistan," Pompeo told reporters on his way to the country.

Pakistan denies the American accusations. Still, its military is hesitant to crack down on the Taliban, since regional instability helps boost the military's influence at home. The military is also said to have played a key role in the ruling party's victory in the general election in July, adding another layer of complexity to the situation.

Pompeo's next stop is India, where he will attend the inaugural joint foreign and defense ministers' meeting on Thursday.