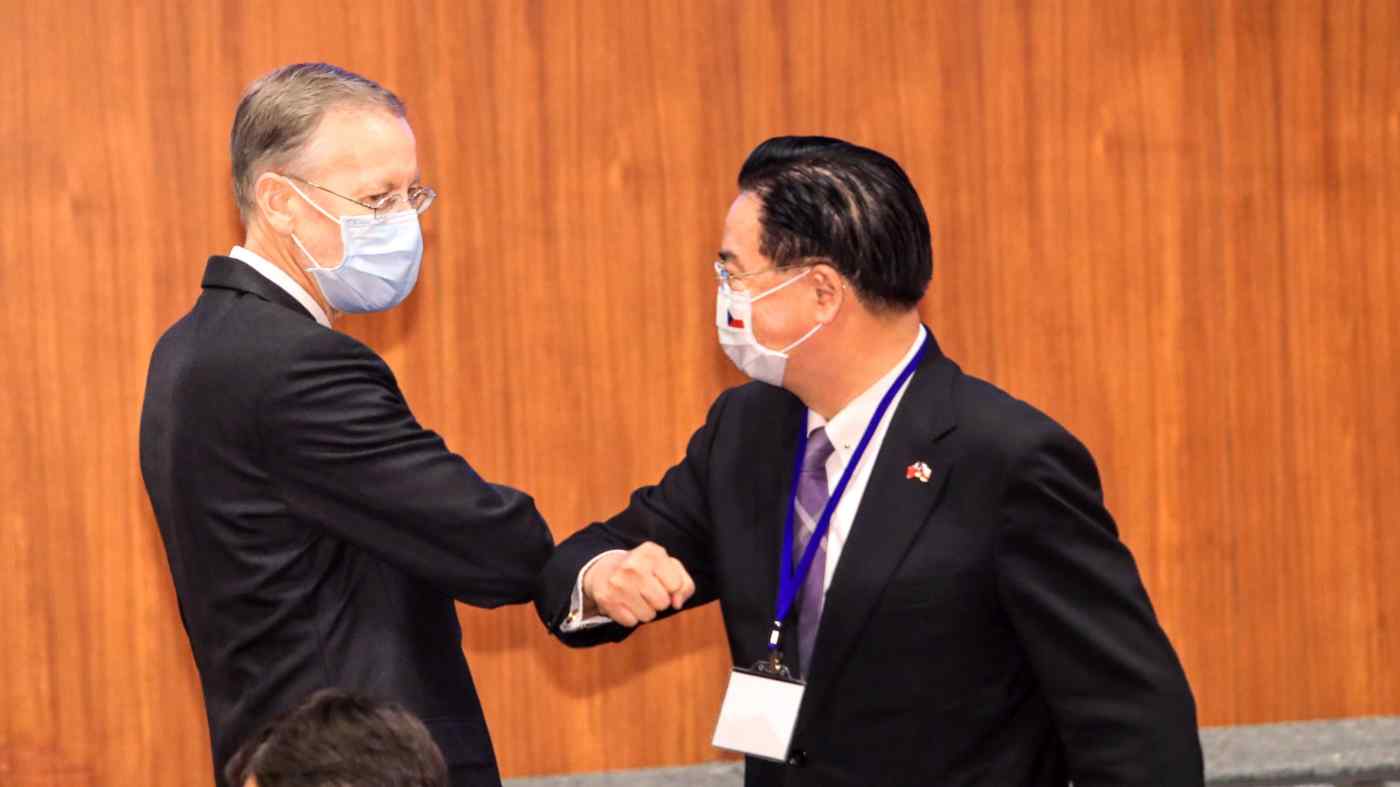 TAIPEI -- The de facto U.S. embassy in Taiwan hosted a forum here Friday on supply chains with the European Union and Japan, calling for new frameworks for economic cooperation with an eye toward shutting out China.

Participants at the event held by the American Institute in Taiwan agreed on the need to team with trustworthy partners to build new, more resilient supply chains for economic development.

Representatives from the European Economic and Trade Office and the Japan-Taiwan Exchange Association, the de facto EU and Japanese embassies, attended at Washington's request. This was unusual for the EU, which rarely participates in such events.

While China was not explicitly mentioned in the joint statement issued afterward, speeches at the forum made clear that concerns about depending excessively on Beijing -- especially with U.S.-China tensions escalating -- were at the forefront of participants' attention.

"Many firms, including Taiwan businesses, have begun to seek alternative production and manufacturing hubs as they increasingly recognize the dangers of linking their futures" to China, said AIT Director Brent Christensen.

"In contrast to [Chinese] companies, Taiwan firms adhere to the rule of law and protect intellectual property," he said.

Taiwanese Foreign Affairs Minister Joseph Wu noted that the coronavirus pandemic "has exposed the risk of overreliance on a single country or supplier for critical materials such as medical supplies or pharmaceuticals," in a clear reference to China.

"Going forward, we will work with like-minded partners to establish reciprocal industrial ties, ones that lead to joint prosperity instead of coercion, exploitation and expansionism," he added.

The event coincided with a visit to the self-ruled island by Czech Senate leader Milos Vystrcil, the European country's No. 2 official, who was also in attendance.

The forum comes against the backdrop of American alarm over Huawei Technologies and its role in new fifth-generation wireless networks around the world, as well as worry about advanced chipmaking technology from the U.S. and Taiwan leaking to China.

Washington and Taipei have already begun moving toward closer cooperation in this field. Taiwan Semiconductor Manufacturing Co. said in May that it plans to build a chipmaking plant in the U.S. state of Arizona, marking a step toward establishing a new source for advanced semiconductors.

David Stilwell, assistant U.S. secretary of state for East Asian and Pacific Affairs, said Monday that the U.S. and Taiwan are launching a new bilateral economic dialogue covering "the full spectrum of our economic relationship -- semiconductors, health care, energy, and beyond -- with technology at the core."