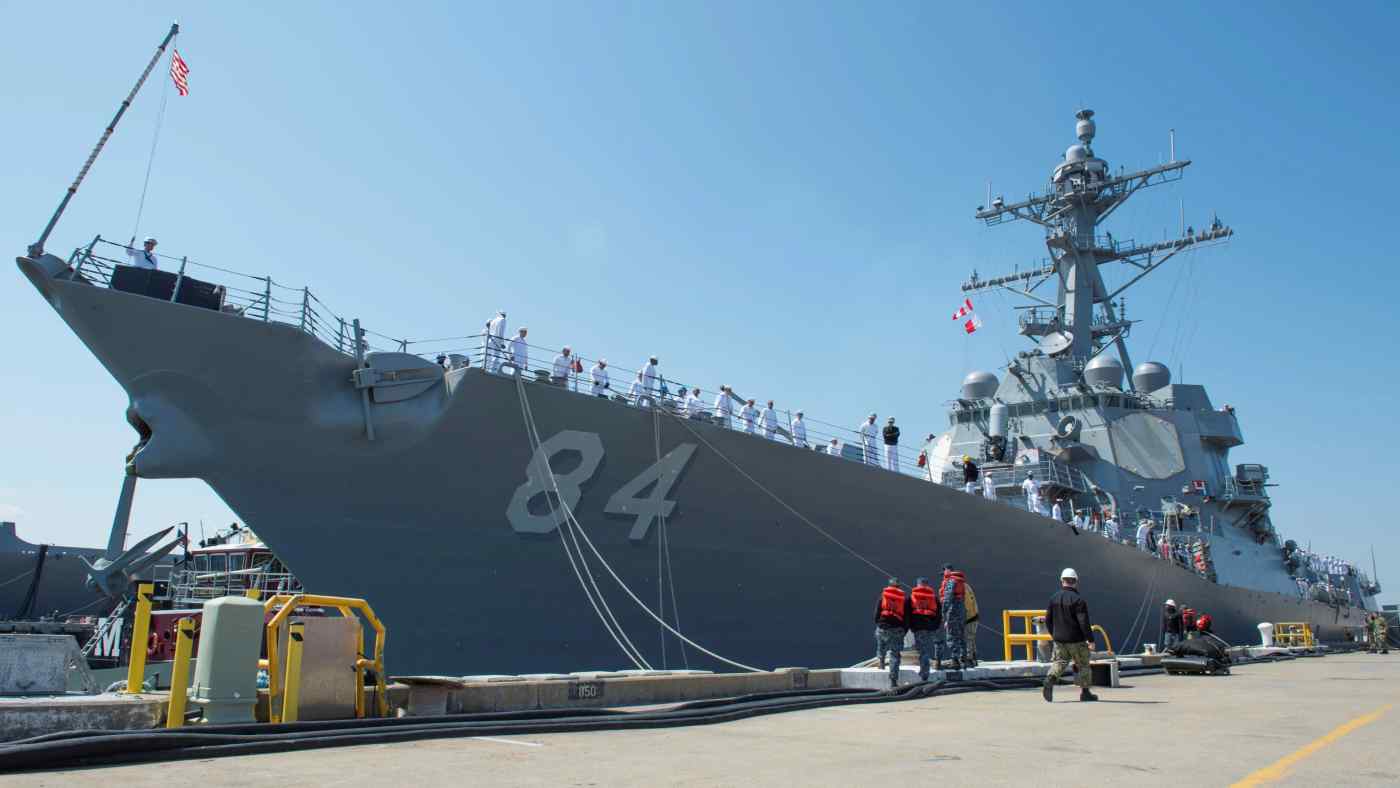 BEIJING/TAIPEI -- A U.S. naval warship sailed through the Taiwan Strait in an apparent show of support for Taiwanese President Tsai Ing-wen, the Beijing-skeptic who won reelection just days earlier.

Taiwan's Ministry of National Defense announced Friday that it spotted the U.S. vessel sailing north through the strait on Thursday. China's Ministry of Foreign Affairs spokesman, Geng Shuang, told reporters the same day that China monitored the warship as well.