Deal brokered by U.N. and Turkey to allow shipments through the Bosporus 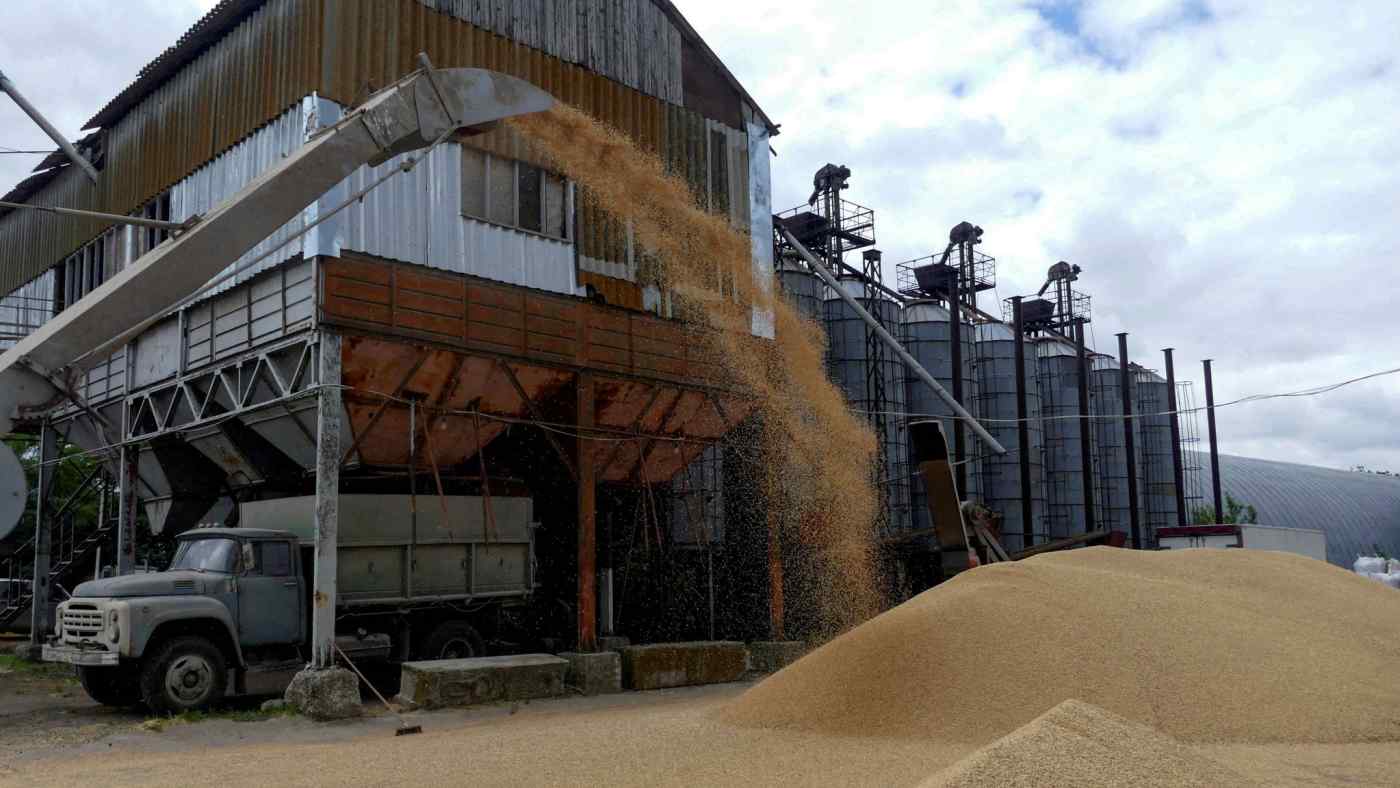 A Russia-Ukraine deal reached Friday to allow grain shipments through the Black Sea is expected to help ease a food crisis in Africa and the Middle East.     © Reuters
July 22, 2022 23:57 JST | Russia & Caucasus
CopyCopied

ISTANBUL/KYIV (Reuters) -- Russia and Ukraine signed a landmark deal on Friday to reopen Ukrainian Black Sea ports for grain exports, raising hopes that an international food crisis aggravated by the Russian invasion can be eased.

The accord crowned two months of talks brokered by the United Nations and Turkey aimed at what U.N. Secretary-General Antonio Guterres called a "package" that would both restore Ukrainian grain exports while easing Russian grain and fertilizer shipments despite tough Western sanctions on Moscow.

Guterres said the accord opens the way to significant volumes of commercial food exports from three key Ukrainian ports -- Odesa, Chernomorsk and Yuzhny, and the U.N. would set up a coordination center to monitor implementation of the deal.

But fighting raged on unabated in Ukraine's east and, underlining deep-seated enmity and mistrust driving the worst conflict in Europe since World War II, Russian and Ukrainian representatives declined to sit at the same table at the ceremony, and the display of the two countries' flags was adjusted so that they were no longer next to one other.

"In case of provocations, (there will be) an immediate military response" by Ukraine, Mykhailo Podolyak, Kyiv's chief negotiator, tweeted.

Russia and Ukraine, both among the world's top exporters of food, sent their defense and infrastructure ministers respectively to Istanbul for the signing ceremony, also attended by Guterres and Turkish President Recep Tayyip Erdogan.

A blockade of Ukrainian ports by Russia's Black Sea fleet, trapping tens of millions of tonnes of grain in silos and stranding many ships, has worsened global supply chain bottlenecks and, along with sweeping Western sanctions, stoked galloping inflation in food and energy prices around the world.

Moscow has denied responsibility for the worsening food crisis, blaming instead Western sanctions for slowing its own food and fertilizer exports and Ukraine for mining the approaches to its Black Sea ports.

Senior U.N. officials, briefing reporters on Friday, said the deal was expected to be fully operational in a few weeks.

Safe passage into and out of the ports would be guaranteed in what one official called a "de facto cease-fire" for the ships and facilities covered, they said, although the word "cease-fire" was not in the agreement text.

Though Ukraine has mined nearby offshore areas as part of its defenses against Russia's five-month-old invasion, Ukrainian pilots would guide ships along safe channels in its territorial waters, they said.

Monitored by a Joint Coordination Center based in Istanbul, the ships would then transit the Black Sea to Turkey's Bosporus strait and proceed to world markets, U.N. officials said.

The deal will be valid for 120 days but renewable and would not be expected to be stopped any time soon.

"The fact that two parties at war -- and still very much at war -- have been able to negotiate an agreement of this kind...I think that's unprecedented," one U.N. official said.

Another said a separate pact signed on Friday would smooth Russian food and fertilizer exports and that the United Nations welcomed U.S. and European Union clarifications that their sanctions would not apply to such shipments.

To address Russian concerns about ships smuggling weapons to Ukraine, all returning ships will be inspected at a Turkish port by representatives of all parties and overseen by the JCC.

The overall objective is to help avert famine among tens of millions of people in poorer nations by injecting more wheat, sunflower oil, fertilizer and other products into world markets including for humanitarian needs, partly at lower prices.

The U.S. welcomed the deal and said it was focusing on holding Russia accountable for implementing it.

Turkey, a NATO member that has good relations with Russia and Ukraine alike, controls the straits leading into the Black Sea and has acted as a mediator on the grain issue.

The U.S. believes Russia's military is sustaining hundreds of casualties a day, including thousands of officers up to general rank in total, in the course of the war, a senior U.S. defense official said on Friday.

There have been no major breakthroughs on front lines since Russian forces seized the last two Ukrainian-held cities in eastern Luhansk province in late June and early July.

Russian forces are now focused on capturing all of neighboring Donetsk province on behalf of separatist proxies who have declared two breakaway mini-states covering the wider industrialized Donbas region.

In its morning update, Ukraine's general staff said Russian forces backed by heavy artillery kept trying to advance toward the cities of Kramatorsk and Bakhmut and the Vuhlehirska thermal power plant in Donetsk, but made no notable progress.

Kyiv hopes that its gradually increasing supply of Western arms, such as U.S. High Mobility Artillery Rocket System (HIMARS), will allow it to counterattack and recapture lost eastern and southern territories.

Russia's Defense Ministry said on Friday its forces had destroyed four HIMARS systems between July 5 and July 20. Kyiv denied the claims, calling them "fakes" meant to sap Western support for Ukraine. Reuters could not verify the assertions.

Thousands of people have been killed and cities and towns devastated by Russian bombardment, with some far from front lines hit by missiles. Moscow denies deliberately firing on civilians and says all its targets are military.

Russia says it is waging a "special military operation" to demilitarize its neighbor and rid it of dangerous nationalists.

Kyiv and the West say Russia is mounting an imperialist campaign to reconquer a pro-Western neighbor that broke free of Moscow's rule when the Soviet Union collapsed in 1991.