Tokayev struggles to avoid angering 'unpredictable' ally -- and his own people 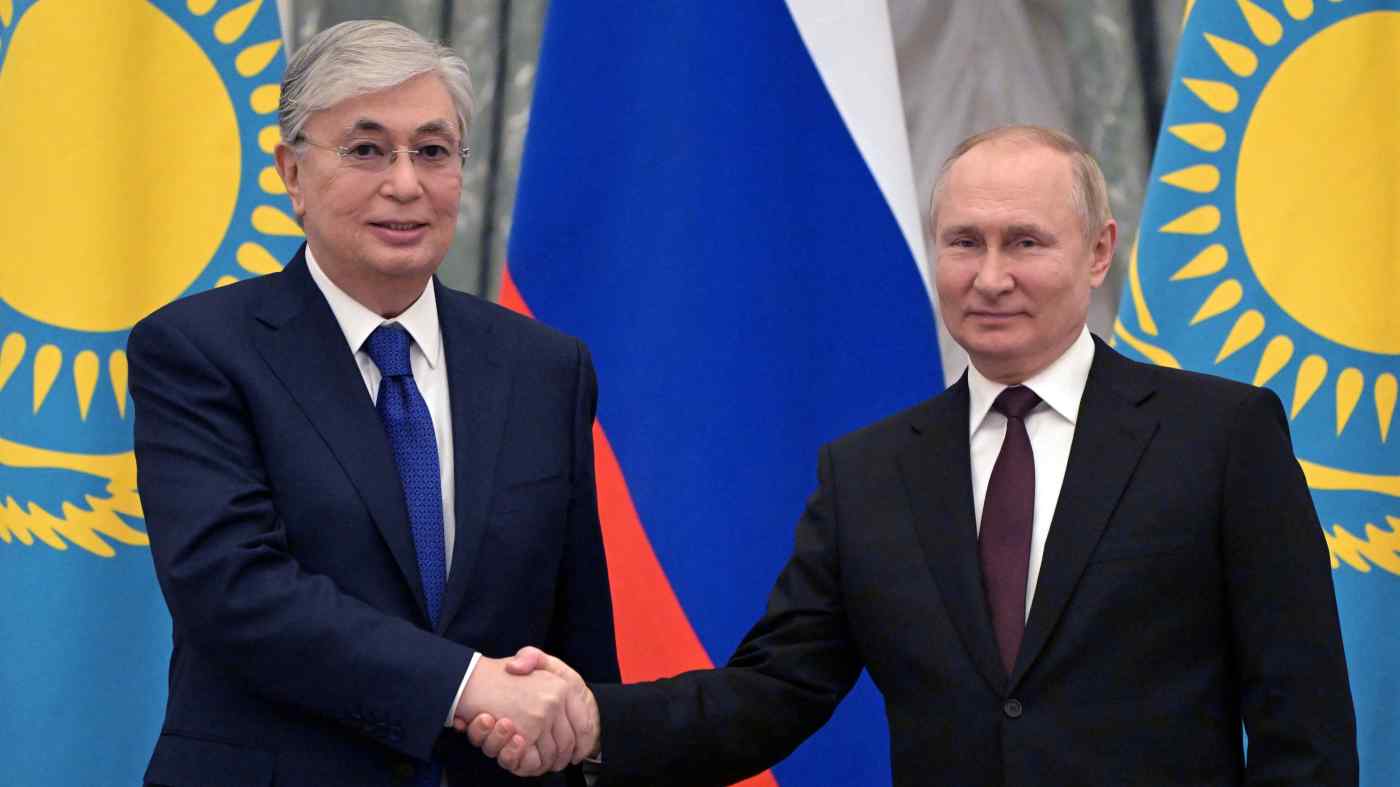 ALMATY -- As Russia's invasion of Ukraine prompts a global storm of condemnation and sanctions, it is also testing another neighbor, one in which Moscow had military boots on the ground only weeks ago -- Kazakhstan.

After relying on Russia-led forces to put down protests that threatened to topple him in early January, Kazakh President Kassym-Jomart Tokayev is widely considered to be in debt to Russian President Vladimir Putin. At the same time, openly endorsing or aiding Russia's assault on Ukraine would undermine his government's "multivector" foreign policy of balancing big powers, and could risk inflaming public anger anew.