Abe promises to deliver by US elections, but has own calendar calculations 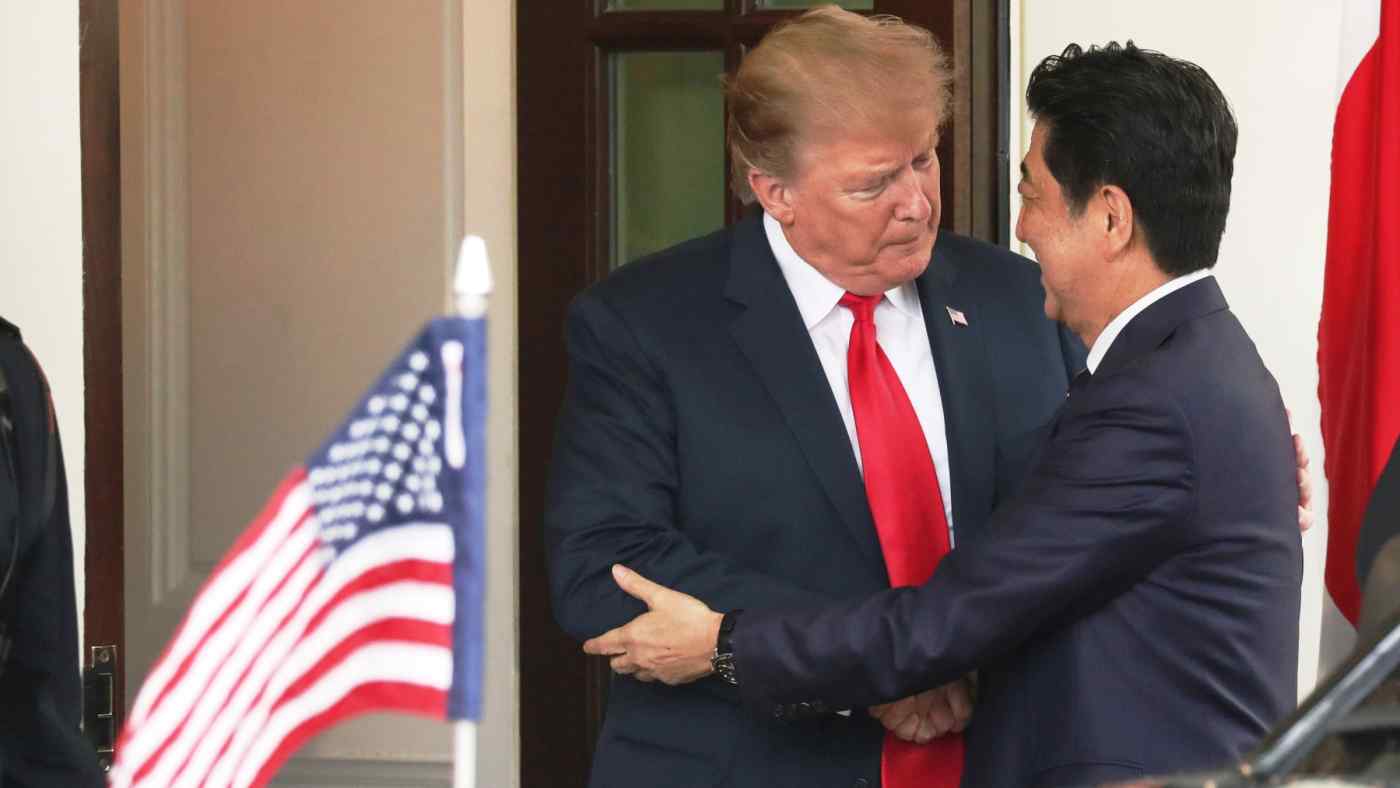 WASHINGTON -- In the days leading up to Friday's White House meeting between U.S. President Donald Trump and Japanese Prime Minister Shinzo Abe, American officials were told to push the Japanese side for a trade agreement they could announce immediately, Nikkei has learned.

"Can we announce something this time around?" U.S. Trade Representative Robert Lighthizer asked Japan's chief trade negotiator Economic and Fiscal Policy Minister Toshimitsu Motegi in mid-April, Japanese government sources said. It was believed to be a direct request from Trump.