Uyghurs in Turkey protest against 'genocide' in China's Xinjiang 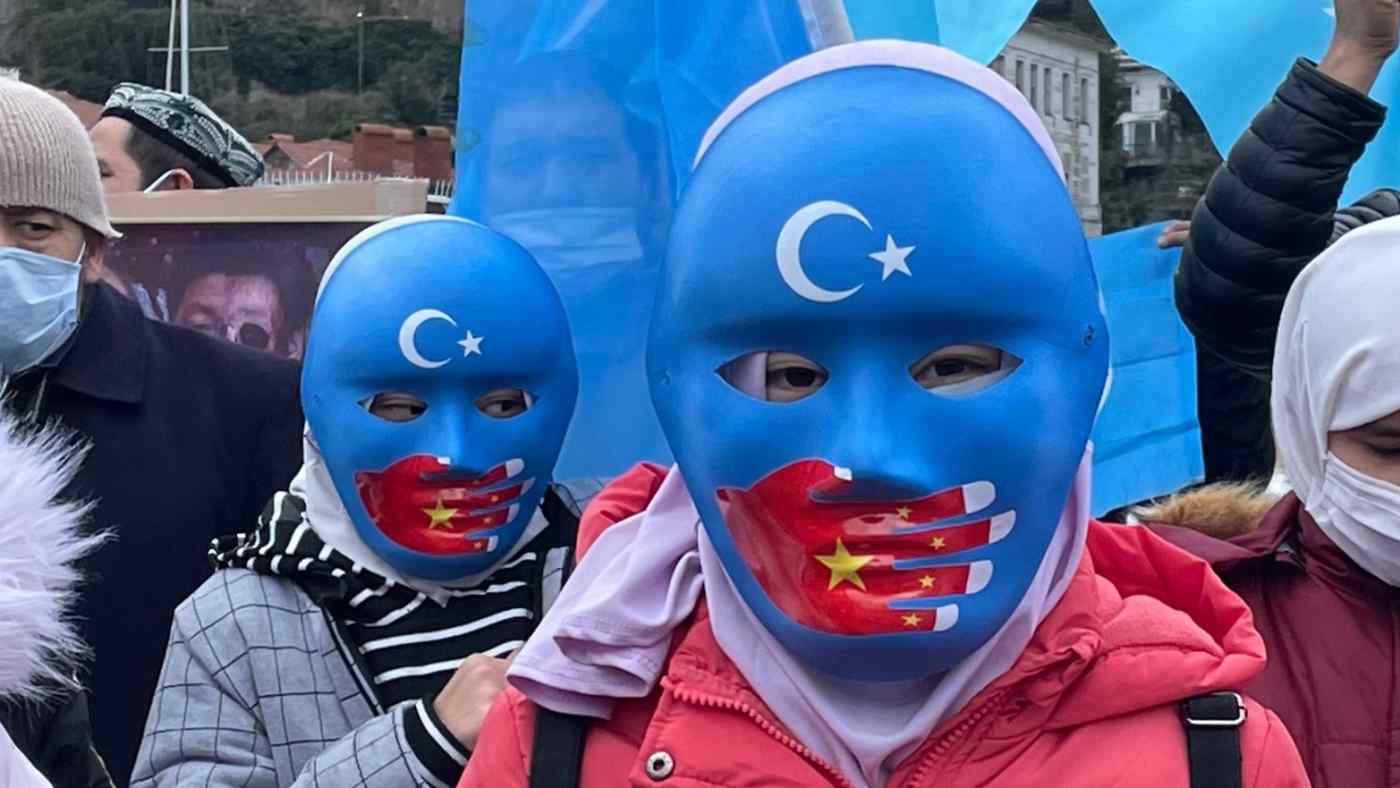 ISTANBUL -- The Uyghur diaspora in Turkey marked Chinese Foreign Minister Wang Yi's visit to the country on Thursday with a large protest in Istanbul against Beijing's alleged repression of the Muslim minority in Xinjiang.

Hundreds of people braved chilly weather to rally at Istanbul's Beyazit square as well as near China's consulate-general at gatherings organized by 26 non-government organizations focusing on Uyghur rights.

"We are here say 'Stop' to the genocide China is executing against people of East Turkestan and convey our concern regarding Chinese foreign minister Wang Yi's visit to Turkey," the groups said in a joint statement delivered in Istanbul and the capital Ankara.

Wang is visiting Turkey as part of a six-country tour of the Middle East, including Saudi Arabia and Iran. The tour comes days after the U.S., the U.K., Canada and the European Union slapped sanctions on Chinese officials accused of involvement in human rights abuses of the Uyghur population in Xinjiang -- allegations vehemently denied by Beijing, which claims it is fighting domestic terrorism and separatism.

Around 50,000 Uyghurs are estimated to live in Turkey -- the diaspora largest outside of Central Asia. Uyghurs share ethnic, linguistic and religious bonds with the Turkish people, who have shown a deep sympathy for their plight.

Turkey is vocal on the human rights violations against Uyghurs in Xinjiang, while many Middle Eastern nations are largely silent on the issue. Even so, Turkey has toned down its criticism of China over the past two years. 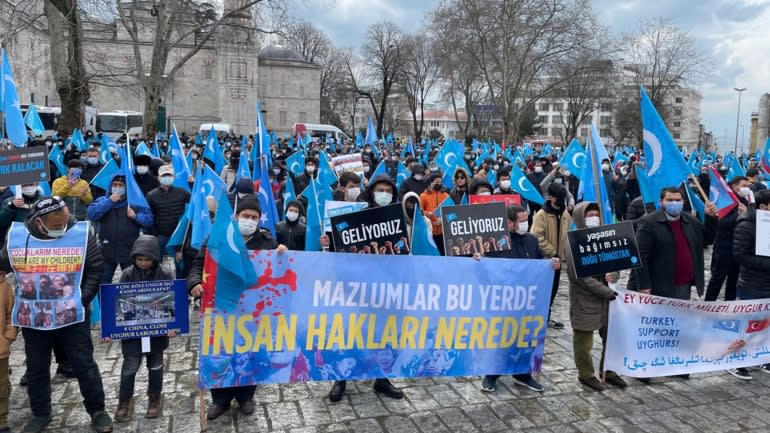 After talks with Wang, Turkish Foreign Minister Mevlut Cavusoglu tweeted that they had "discussed the potential of economic cooperation with China and "will enhance our cooperation on fight against pandemic and vaccine"

The administration of President Tayyip Erdogan has a China quandary. Turkey wants to forge strong ties with Beijing and attract investment, financing and Chinese vaccines against coronavirus, but it does not want relations with Western countries to fray.

"As a country that is located in the heart of Africa, Asia and Europe, we cannot afford to turn our back on either the East or the West," Erdogan said at his party's congress on Wednesday.

"It is not easy to develop balanced, coherent and long-term cooperation with countries that are in competition or even in conflict with one another at the same time," he said. "However, Turkey, with its geographical position, economic interests and inclusive foreign policy vision, has the power and sagacity to achieve this." 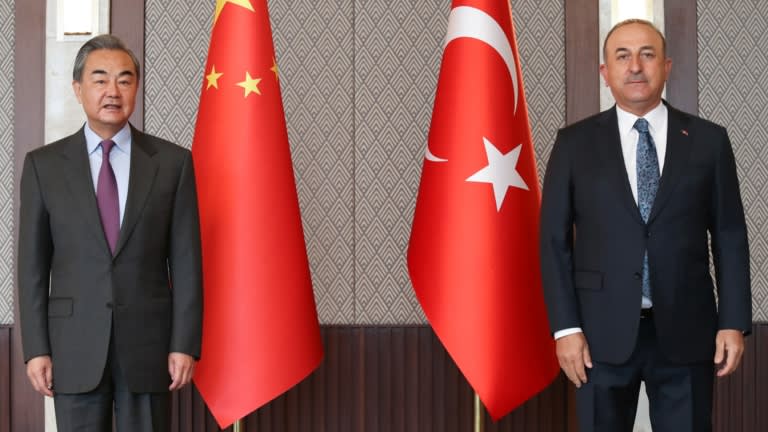 Turkey is currently suffering a third wave of the coronavirus pandemic, recording almost 30,000 cases on Wednesday.

Turkey's health minister Fahrettin Koca said on Feb. 10 that Turkey has signed two contracts with China's Sinovac Biotech for procuring a total of 100 million doses of vaccine by May.

The first 50 million doses were supposed to arrive by the end of February. On that day, he also said Turkey had received 15 million doses and then Turkey would stop giving updates on the timing and volume of upcoming batches as "it is causing problems to the supplier company and the country of origin as their own citizens are also seeking vaccines."

The news coincided with Wang's visit, suggesting China's vaccine diplomacy was at work. Cavusoglu also took Wang to a photography exhibition on the coronavirus vaccine cooperation between Turkey and China, which showed president Erdogan receiving his shot and Turkish scientists conducting Phase III clinical trials for the Sinovac vaccine.

The minister recently pushed back a target of inoculating 50 million people by the end of May to "before autumn." Opposition parties have attacked the delays and seemingly contradictory statements from the government.

Some observers have suggested that the arrival of the Western jabs will strengthen Turkey's hand against a slowdown of vaccine supply from China.

The arrival of first Sinovac batches also faced delays that were only be solved by a phone call from Cavusoglu to Wang at the end of last year.

A few days before the first batch of Chinese vaccines was due to be sent to Turkey, Beijing unexpectedly announced it had ratified an extradition treaty with Turkey, which was signed in 2017 and is awaiting Turkish parliamentary approval. The prospect of such a treaty is causing great concern among the Uyghur diaspora in Turkey, especially those who have not obtained Turkish citizenship.

Opposition pressure and a fall in public support for Erdogan has prevented his administration from putting the treaty on the agenda of a parliament commission for debate.

Both Turkish and Chinese authorities denied vaccines are being traded for Uyghurs. And the prospect of tough questioning appears to have prevented the two foreign ministers from holding a press conference.