HONG KONG/JAKARTA -- Cardinal Joseph Zen, former bishop of Hong Kong, has criticized the Vatican for  being "unfaithful" to its subjects in striking a deal with Beijing on the appointment of Chinese bishops, which he believes would eliminate the very few freedoms enjoyed by unofficially sanctioned "underground" churches in China.

Zen's comments come after reports emerged that Pope Francis has decided to accept the legitimacy of seven Catholic bishops chosen by the Chinese government as part of a rapprochement between the Vatican and Beijing after decades of cool relations. Such acquiescence implies that although the pope is the one who appoints the bishops, it was the Chinese government that chose the candidates.

"[Beijing] wants the Vatican to [help] get all these birds into the cage," Zen told media in Hong Kong on Friday, referring to the new appointments. But the former bishop believes that the pope might not be well enough informed about the reality of the situation in China for Catholics.

Beijing only recognizes certified religious groups, meaning Catholics have been forced to divide between the government-backed Patriotic Catholic Association and the "underground" Catholics who are loyal to the pope and the Vatican.

"The holy father may not know everything," Zen said. "People around him may not tell him the whole reality...They are too eager to succeed in striking the deal with China."

In a letter published on Thursday that referred to the proposed deal, Cardinal John Tong, Zen's successor and bishop of Hong Kong from 2009 to 2017, said , "From now on, there will be no more the crisis of a division between the open and underground communities."

Tong said that the seven state-backed bishops had written to Pope Francis seeking full church recognition, missives that presumably would not have been sent without Beijing's approval. Cardinal Joseph Zen on Friday criticized the Vatican of being 'unfaithful' to Catholics for letting Beijing nominate bishops. (Photo by Nikki Sun)

China and the Vatican cut official ties in 1951 but have been in an uneasy on-off dialogue since the 1980s, with the right of appointing bishops remaining a sticking point throughout this time.

The acceptance of the seven bishops would be seen as a pragmatic step taken by Pope Francis to tap into the enormous potential China offers for expanding Christianity.

Although Zen said he had been "kept in the dark" about the deal, the retired bishop said the current arrangement for bishop selection was a three-step process, quoting people familiar with the matter.

First, there is a "democratic election" within the churches, and then a "bishop conference" nominates candidates. The pope then gives the last word on the candidates.

"All of these are fake," Zen said of the seven Chinese appointments. He claimed it was impossible to have democratic elections in China, and that the nomination conference was controlled by the Communist Party who would not choose good candidates for the Catholic church.

While the pope has the power to veto nominations, he might not be able to do it every time in order to maintain a "reasonable" public image.

Despite his fierce criticism against the Vatican, Zen said he was not worried about being sidelined. "The only one who can tell me to shut up is the holy father," he said. Zen has drawn support online from young Hong Kong Catholics as well as from prominent Catholic commentators in the West.

Zen, a long-time critic of China who backed the Umbrella Movement pro-democracy protests in Hong Kong in 2014, traveled to Rome in January where he met Pope Francis, apparently giving the pope a hand-written letter from a Chinese underground bishop.

According to Zen's account of the discussion, Pope Francis said he did not want "to create another Mindszenty case." Joszef Mindszenty was a cardinal in Budapest who was imprisoned by Hungary's communist rulers before he took refuge in the U.S. embassy in 1956 during an uprising against the government. He was eventually asked by the pope to leave his homeland as part of a compromise with the Hungarian communists.

But Zen ended his account of the meeting by expressing his fears that the Vatican was "selling out" to China. Zen previously questioned Pope Francis' understanding of China's communist government, saying that the Argentinian pope might be seeing the issue through the prism of the "persecuted communists" of Latin America -- where right-wing military dictatorships backed by the U.S. purged leftists during the Cold War era, when Pope Francis was a young Jesuit priest. 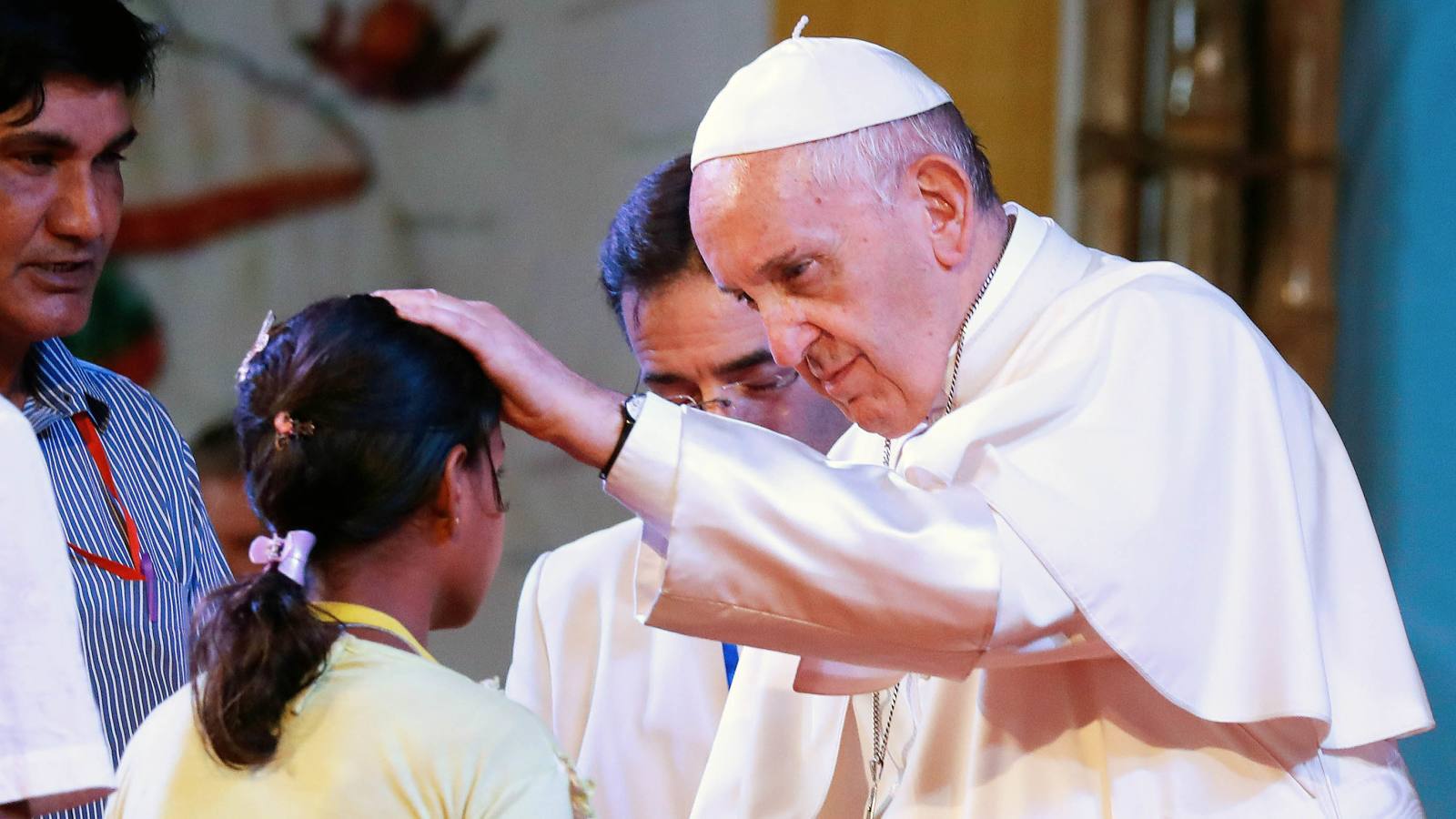 Without naming Zen, Vatican spokesman Greg Burke on Jan. 30 issued a statement saying that "the Pope is in constant contact with his collaborators, in particular in the Secretariat of State [effectively the Vatican foreign ministry], on Chinese issues."

"It is therefore surprising and regrettable that the contrary is affirmed by people in the Church, thus fostering confusion and controversy," Burke added, a clear reference to Zen.