Vietnam leader calls for US to rejoin expanded TPP 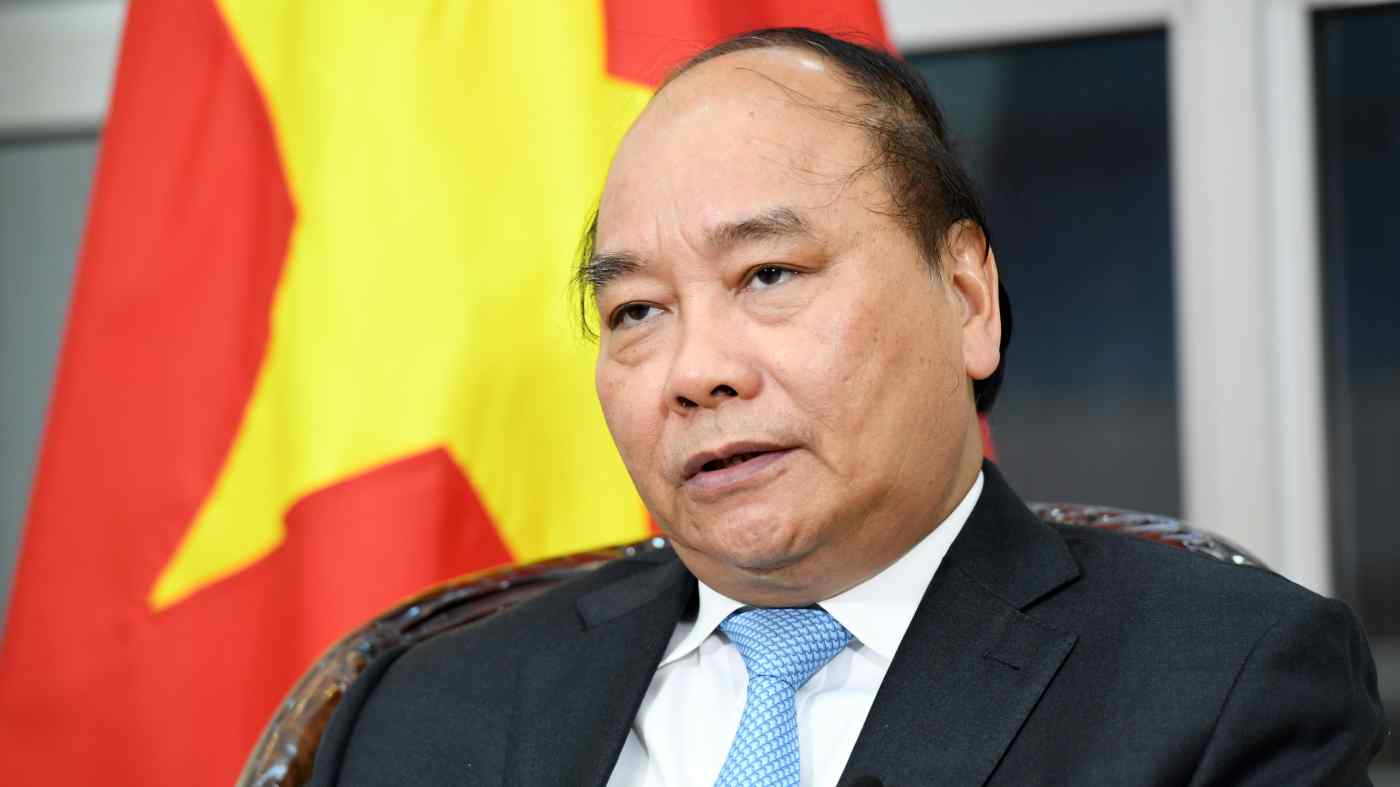 HANOI -- Vietnamese Prime Minister Nguyen Xuan Phuc wants to expand a renewed version of the Trans-Pacific Partnership trade pact to include the U.S. and other countries to drive global economic growth and fight the rising tide of protectionism.

It is "in the interest of all the member economies" for the U.S. to join in this agreement, Phuc said Monday in an interview with Nikkei and the Financial Times here. That would be a great impetus for growth "in this region and the world," he said.

Despite having originally led the TPP negotiations in the Obama administration, the U.S. pulled out of the framework under President Donald Trump. The 11 remaining members signed a revised version called the Comprehensive and Progressive Agreement for Trans-Pacific Partnership on March 8 -- an achievement in no small part made possible by Hanoi working with Tokyo, according to Phuc.

Even "without the U.S., the CPTPP will still be going forward and will still bring benefits to all member economies," the prime minister said. But hope is growing in Vietnam that Washington could rejoin the trade pact in light of Trump's comments in late January that he could "consider negotiating" with remaining TPP members. The U.S. is the Southeast Asian nation's top export market.

Vietnam is a party to 16 free trade agreements when those still in negotiation are included, Phuc said. He noted that these deals have contributed to the country's steady economic growth -- a warning against the rise of protectionism and the growing risk of a trade war. The Comprehensive and Progressive Agreement for Trans-Pacific Partnership, the successor to the failed original TPP trade agreement, was signed March 8 in Santiago, Chile.   © Reuters

Phuc also touched on efforts to reform Vietnamese state-owned enterprises, which he considers a top priority for continued growth. The goal is for these companies "to meet the international standards of corporate governance by 2030," he said.

The prime minister cited selling shares in initial public offerings and to foreign partners as part of the efforts.

He said that by 2020, the country aims to have over 1 million private enterprises and increase the private sector's contribution to GDP to 50% from the current 43%.

Phuc also emphasized the importance of unity among the member states of the Association of Southeast Asian Nations, especially in regard to Cambodia, Laos, Vietnam and Myanmar. "Vietnam is the host nation of the Greater Mekong Subregion summit on Saturday," he said. The event marks the organization's 25th anniversary. On the same occasion, Phuc said, "Vietnam is also organizing the 10th Cambodia-Laos-Vietnam Development Triangle Summit."

He intends to use the event to strengthen unity in the subregion. "Around 2,000 delegates will attend," Phuc said, "including senior leaders and representatives of development partners, international organizations and businesses."

The prime minister is intent on boosting economic and political ties via direct talks at the summit.