WTO chief Azevedo to step down a year early 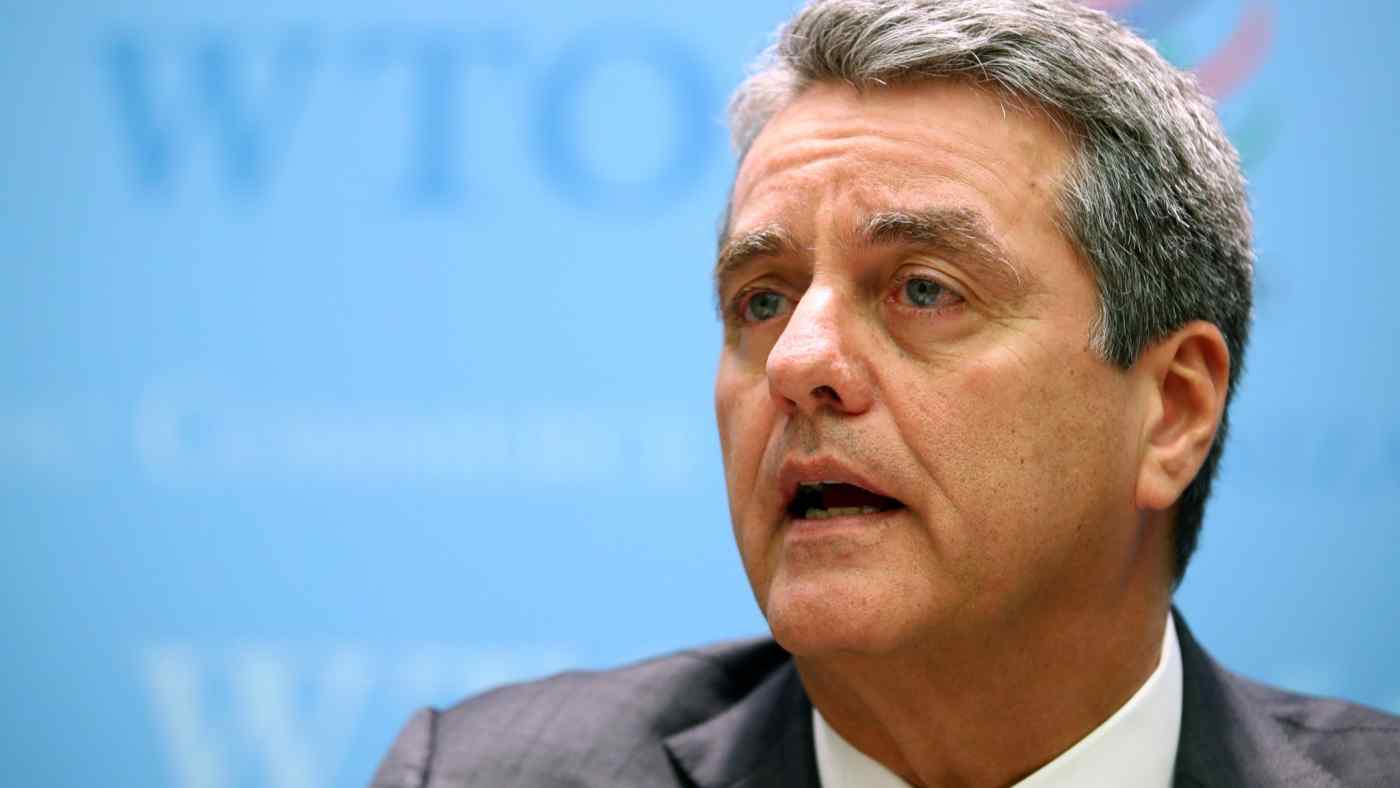 GENEVA (Reuters) -- World Trade Organization head Roberto Azevedo will step down a year earlier than planned in August, he said on Thursday, in a surprise move as the trade body struggles to rein in global tensions and coordinate responses to the COVID-19 pandemic.

The 62-year-old Brazilian has been director-general since 2013 and is serving a second term that was due to conclude at the end of August 2021.

Azevedo said that he had taken a "personal decision" after talking with his family and that his move was not due to health reasons or because of specific political ambitions.

According to the text of an address to the WTO's members, Azevedo said he thought it was also in the best interests of the organisation.

"As members start to shape the WTO's agenda for the new post-COVID realities, they should do so with a new director-general," he told a virtual meeting of national members on Thursday afternoon.

His departure comes at a testing period for the 25-year-old body, which has seen its role in settling disputes undermined after its Appellate Body was paralysed in December by Washington's decision to block the appointment of judges.

Asked about Azevedo's departure, U.S. President Donald Trump said he was "OK with it", telling reporters the WTO was "horrible".

"We've been treated very badly," he said. "They treat China as a developing nation. Therefore China gets a lot of the benefits that the U.S. doesn't get."

Since the COVID-19 crisis hit, Azevedo has called for governments to refrain from imposing export restrictions on food and medical supplies.

The WTO club of 164 members, which is designed to set global trading rules, has also not produced any major international accord since abandoning its "Doha Round" of negotiations in 2015.

Its members are negotiating an agreement to cut subsidies for fishing to allow a revival of depleted fish stocks, while a smaller group are discussing a possible deal on e-commerce. However, key differences remain and they are far from the consensus required to agree both deals.

Some members, notably the United States, Japan and the European Union, are pushing for more fundamental reforms. They say global trading rules need to reflect new realities - notably a far stronger China - and address problems such as state-led subsidies and forced technology transfers.

Such issues might have been addressed at the WTO's biennial meeting due to have taken place in Kazakhstan in June. That has now been pushed back to mid- or late-2021. Azevedo said his departure would allow a successor to be in place before then.

Azevedo said the WTO could not stand still while the world around it changed, nor ignore the "new normal" that emerged from the COVID-19 pandemic.

U.S. Trade Representative Robert Lighthizer said Azevedo would be difficult to replace and that Washington looked forward to participating in the process of selecting a successor.

EU trade commissioner Phil Hogan said it was a good time to find a new chief but this needed to be done this year not next as the WTO was encountering major challenges and louder voices demanding reform.

Simon Evenett, professor of international trade and economic development at Switzerland's University of St. Gallen, said the next director-general would need to put the WTO back together again.

"The next leader of the WTO must command respect in the corridors of power of the major players. This is not the time to promote another ambassador. Someone with very senior government experience or global status is needed," Evenett said.

Azevedo was a career diplomat, while his predecessors have mostly had political backgrounds.