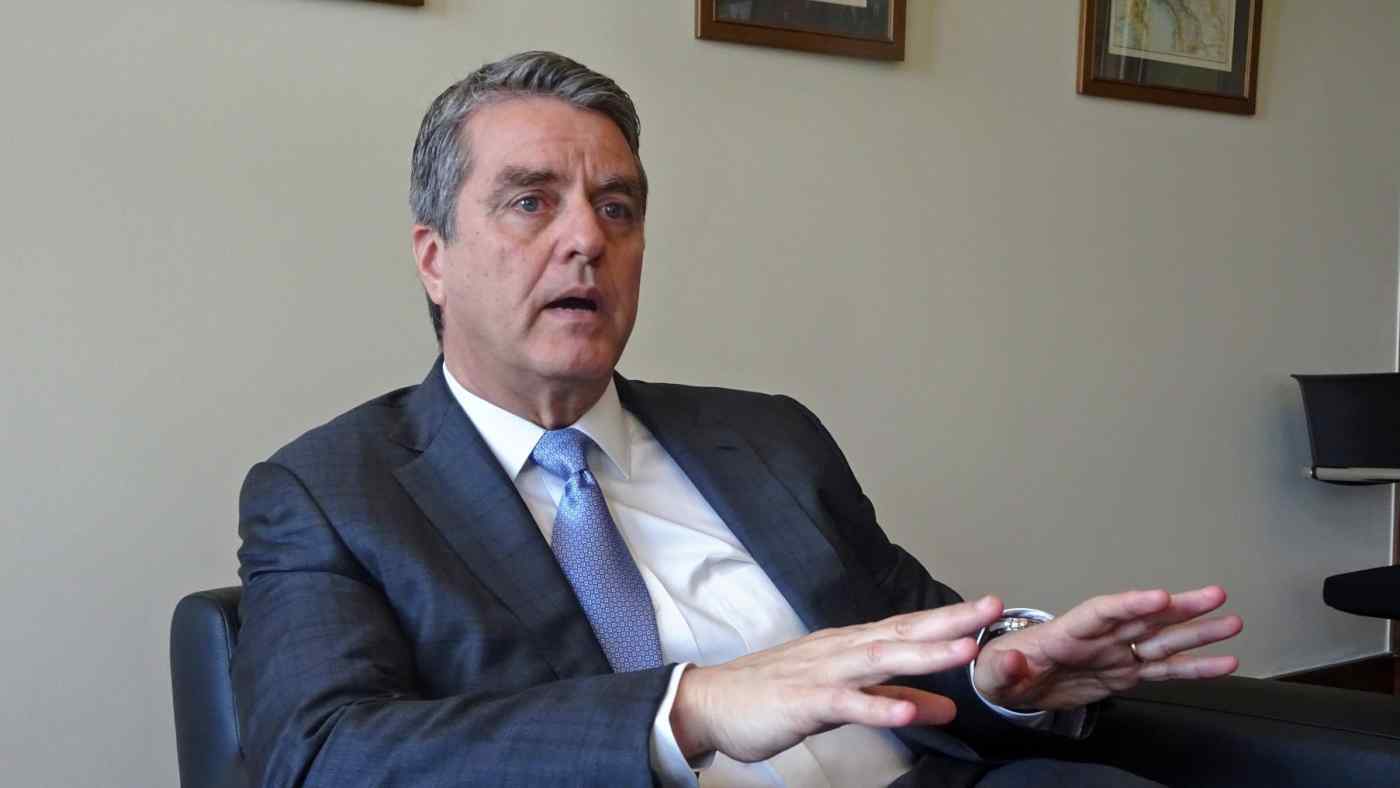 GENEVA -- The head of the World Trade Organization expressed optimism that efforts by Japan and other countries to create rules for e-commerce will make headway at the Group of 20 summit to be held in Osaka later this month.

Azevedo praised Japan's push to create a framework for drawing up global rules for e-commerce, called Osaka Track, calling it a "great initiative."

Osaka Track "helps to promote this kind of cooperation, international cooperation, that I think is fundamental to avoid fragmentation of global digital commerce," he said.

The WTO has been slow to create trade rules for the modern era, such as for the management of data shared across borders. Given that emerging nations are more focused on rules for agricultural products and other goods, Japan and some other nations have taken the initiative to draw up international regulations for the digital realm.

"The WTO will be the platform for this conversation among the participants today," Azevedo said, suggesting that any rules created by these like-minded member states could eventually be adopted by the entire WTO.

The trade war "will affect every country and every citizen in the world," he warned.

Azevedo said he has not spoken to U.S. President Donald Trump directly about the trade issue, but has been in constant contact with top American trade officials. "We brainstorm about the potential areas of progress," he said. "The channels are open."

"One of the advantages of the G-20 summit is the fact that you have those leaders together. A lot happens behind the scenes," Azevedo said. "So I would be surprised if they would miss their opportunity to try to get something done."

The WTO is also contending with a crisis at its dispute-settlement body. Deliberations by the Appellate Body, which makes the final decisions, have taken longer than a year in recent cases due to member vacancies that remain unfilled. The Appellate Body is supposed to be composed of seven members, but four of those seats are currently empty and the terms of two members will end in December. Calling the WTO a disaster for the U.S. and seeking to cripple it, the Trump administration has blocked appointments to fill those vacancies.

"I have to say that I don't see signs of a solution emerging at this point," Azevedo acknowledged. "One of the scenarios is of course the possibility that they will not find a solution like that and ... the system could be paralyzed."

In April, the Appellate Body upheld South Korea's ban on seafood from areas affected by Japan's 2011 Fukushima nuclear disaster, a ruling that Japan called "disappointing." Japan had argued that the South Korean measures lacked scientific basis. But Azevedo declined to comment on the issue.

"Maybe one of the elements of this conversation is about reforming the dispute settlement mechanism and the work of the Appellate Body," he said. "So there is now an opportunity for Japan to have a conversation about their grievances with all the other members."