We have a pest problem, Tokyo says after agreeing to buy US corn 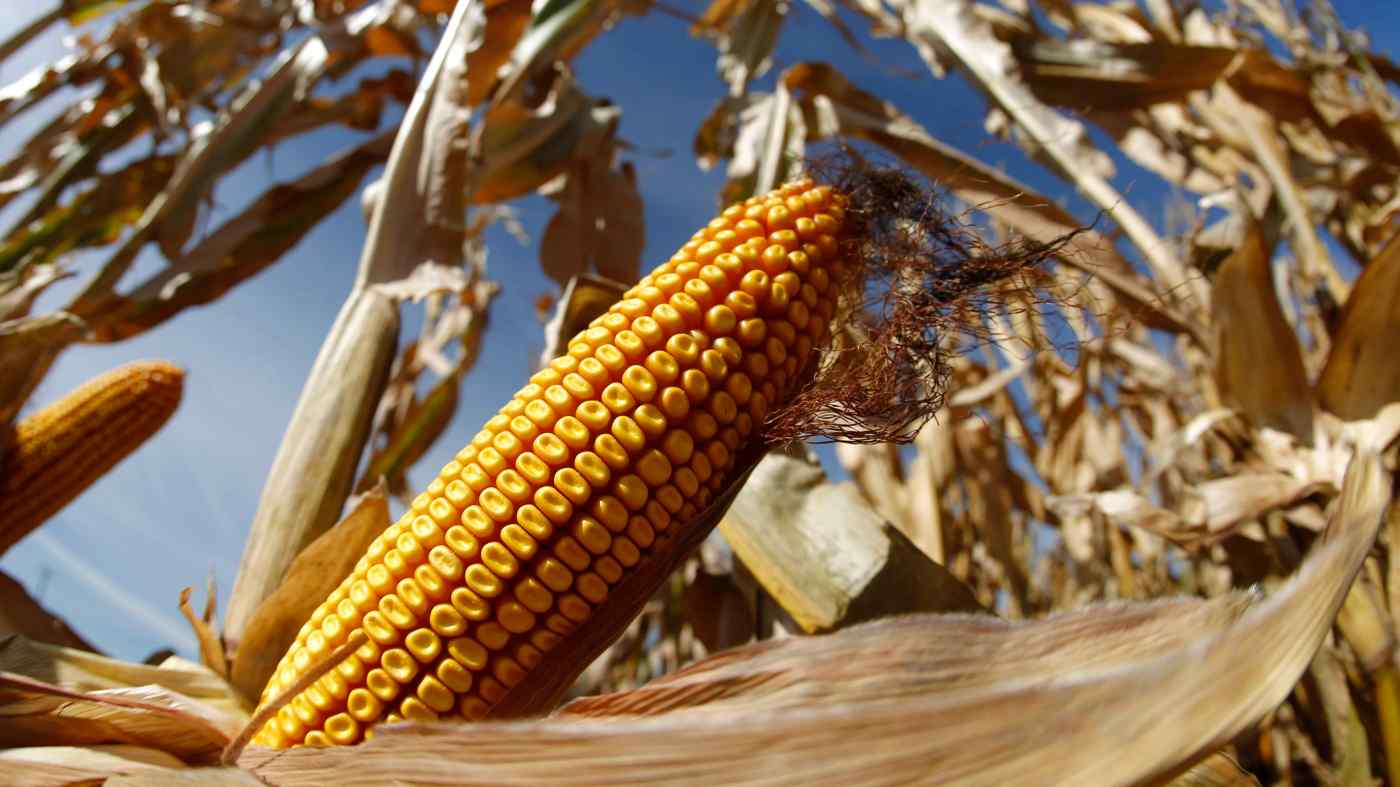 TOKYO -- The Japanese government on Tuesday defended the purchases of excess U.S. corn Prime Minister Shinzo Abe has agreed to, saying the imports will offset potential crop losses caused by an armyworm infestation at home.

"The damage caused by the [armyworm] larvae has expanded nationwide, and there could be a supply shortage," Chief Cabinet Secretary Yoshihide Suga told reporters Tuesday.

Abe promised the purchase of American feed corn during a meeting with President Donald Trump on the sidelines of the Group of Seven gathering in France. The two leaders announced the deal at a press conference Sunday.

The arrangement quickly drew criticism, with opposition lawmakers saying Japan is being forced to buy corn as sales to China plunge as a result of the trade war. For his part, Trump is able to tout his deal with Japan to U.S. farmers, his core support base, ahead of the 2020 presidential election.

The volume will total about three months' worth of imports, according to a Japanese government source.

Damage from the fall armyworm moth larvae has been confirmed in 11 prefectures as of Tuesday since the infestation was first detected in July, according to the Ministry of Agriculture, Forestry and Fisheries. The ministry will fully subsidize the storage charge of corn purchased from the U.S. ahead of schedule.

Trump called the outcome a "tremendous deal" during the joint press conference.

Abe noted the presence of a pest on some of Japan's agricultural products, saying "the private sector also sees the need."

But opposition lawmakers were not pleased. "This is the result of Japan going into trade negotiations despite grave concerns," said Tetsuro Fukuyama, secretary-general of the Constitutional Democratic Party, attacking the purchase. He called for holding a recess session for the government to explain.

"Japan will buy U.S. corn, whose exports to China have dropped precipitously during Japan-U.S. trade negotiations," Fukuyama said. "We will receive the distortions caused by the U.S.-China trade frictions."