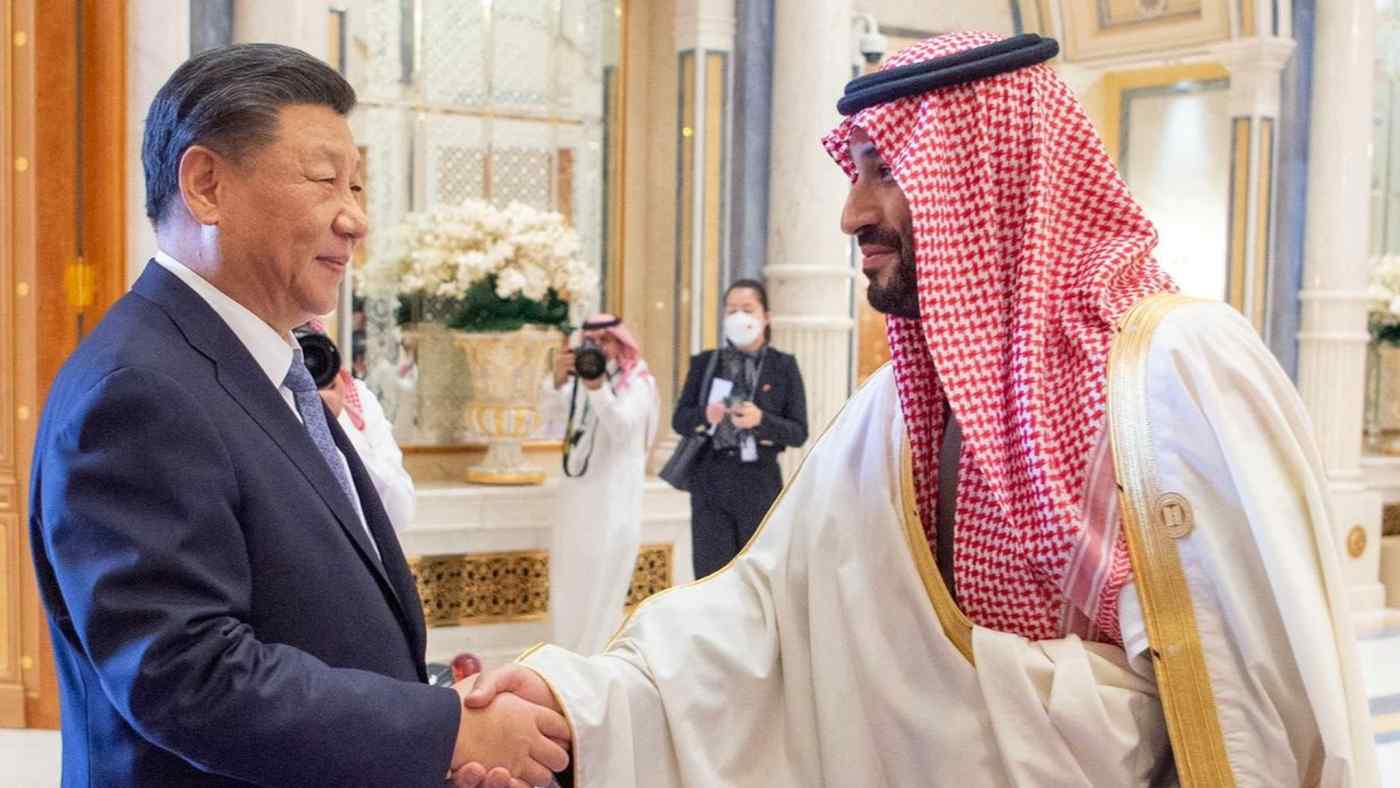 RIYADH, Saudi Arabia/BEIJING -- Chinese President Xi Jinping set foot on Saudi Arabian soil this week for the time since January 2016, on a trip that seeks to take advantage of tensions between Riyadh and Washington to further court the oil-rich kingdom while strengthening China's footprint in the Middle East.

The countries have inked a "comprehensive strategic partnership" in areas that include energy and telecommunications technology. Saudi Arabia also signed a memorandum of understanding to receive technology from China's Huawei Technologies, as well as on direct Chinese investment in the kingdom and on hydrogen power.