With an eye on China, India gifts submarine to Myanmar 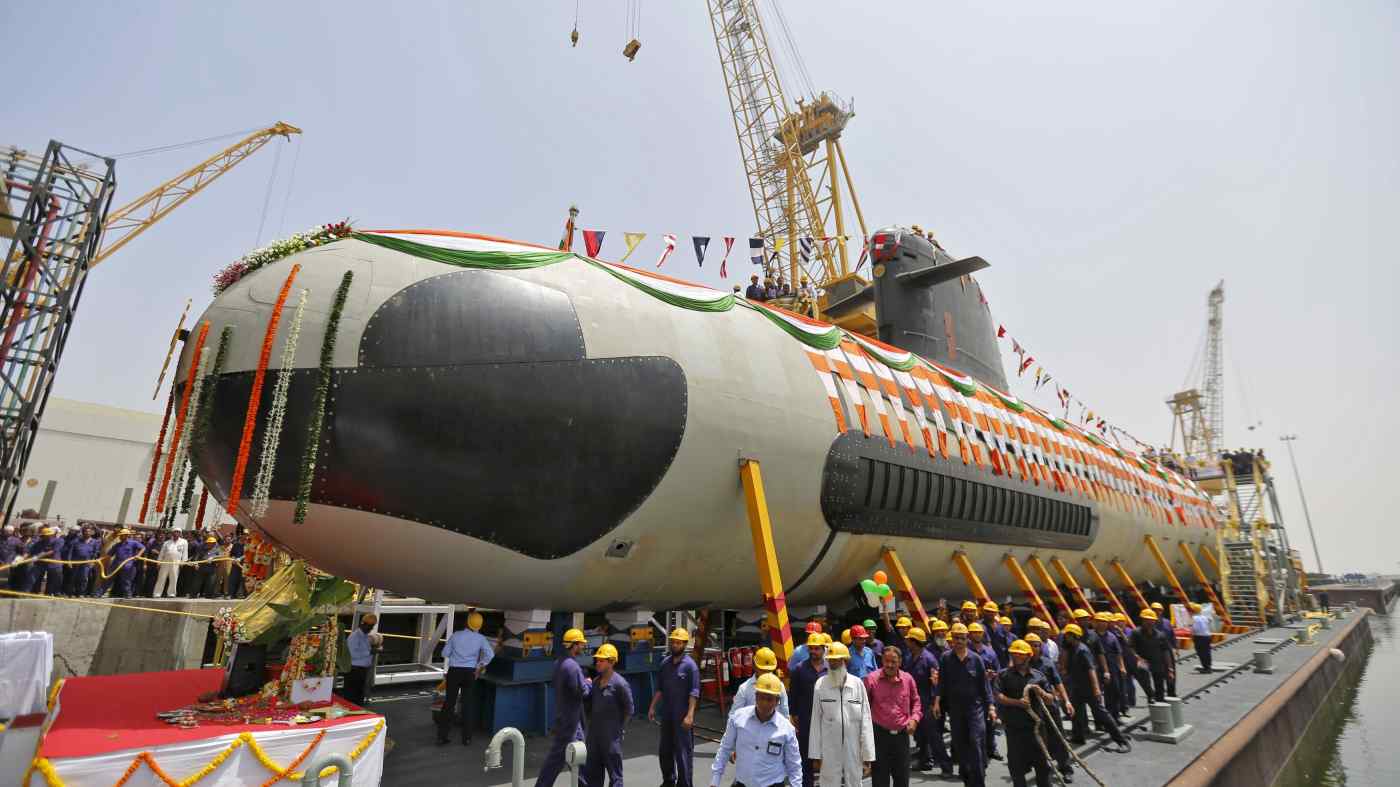 Workers gather around the Indian Navy's first Scorpene submarine as it leaves a shipyard Mumbai in 2015. India is beefing up its defense industry, both for its own military and for exports.   © Reuters
KIRAN SHARMA and YUICHI NITTA, Nikkei staff writersOctober 22, 2020 16:25 JST | India
CopyCopied

NEW DELHI/YANGON -- Taking their bilateral defense cooperation to new heights, India is giving a Soviet-era Kilo-class submarine to Myanmar, a move that many analysts see as an attempt by New Delhi to counter China's clout in the region.

The diesel-electric submarine, the INS Sindhuvir, which was commissioned to the Indian Navy in 1988, has been refurbished by state-run defense shipbuilder Hindustan Shipyard. With a displacement of 3,000 tons, a maximum operating depth of 300 meters and a top speed of 18 knots, the vessel is Myanmar's first submarine.