VLADIVOSTOK -- Japanese Prime Minister Shinzo Abe and Chinese President Xi Jinping agreed to accelerate arrangements for the Japanese leader's planned visit to China next month, in another sign of a thaw in the fractious relationship between Tokyo and Beijing.

The leaders held talks Wednesday on the sidelines of an international forum in the Russian Far East port city -- their first summit since meeting 10 months ago at an APEC summit in Danang, Vietnam.

Abe said Xi welcomed his planned visit. The Japanese leader added that they agreed to deepen cooperation, and work toward a shared goal of the denuclearization of the Korean Peninsula.

A visit to China by Abe outside of a multilateral gathering would be the first by a Japanese prime minister since Yoshihiko Noda in December 2011. A Japanese government official said that Oct. 23 -- the 40th anniversary of a Sino-Japanese friendship treaty -- was being considered as the date of the visit.

At the start of their meeting, Xi said the anniversary marked an "important opportunity" to improve relations.

Abe invited Xi to visit Japan, the official said, adding that the Chinese leader said he'd consider the offer. The trip could be in June next year to coincide with the Group of 20 nations summit in Osaka.

Abe said that reciprocal visits would "upgrade Japan-China relations to a new level." 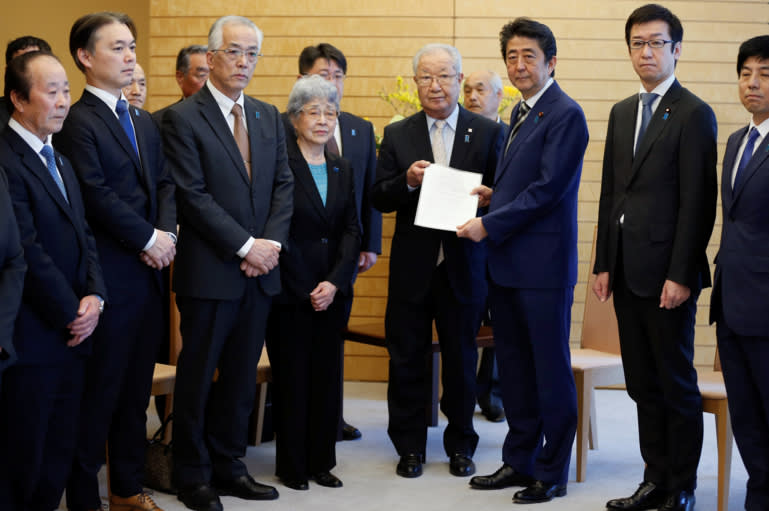 The leaders agreed to cooperate on ridding the Korean Peninsula of nuclear weapons, but their approach differs.

Abe said Xi gave him complete support on the early resolution of the issue of Japanese nationals abducted by North Korea in the 1970s and 1980s.

The leaders also discussed plans to cooperate on overseas infrastructure projects, with a newly established public-private committee scheduled to hold its first meeting in late September in Beijing. A high-speed rail project in Thailand is seen as the first candidate for cooperation.

Japan aims to avoid excessive competition with China on infrastructure projects by collaborating. Beijing, for its part, seeks to avoid being labeled overseas as a disreputable investor by bringing Japan on board.

The two countries have long been in dispute over issues such as the Japanese-administered Senkaku Islands, which China claims and calls the Diaoyu.