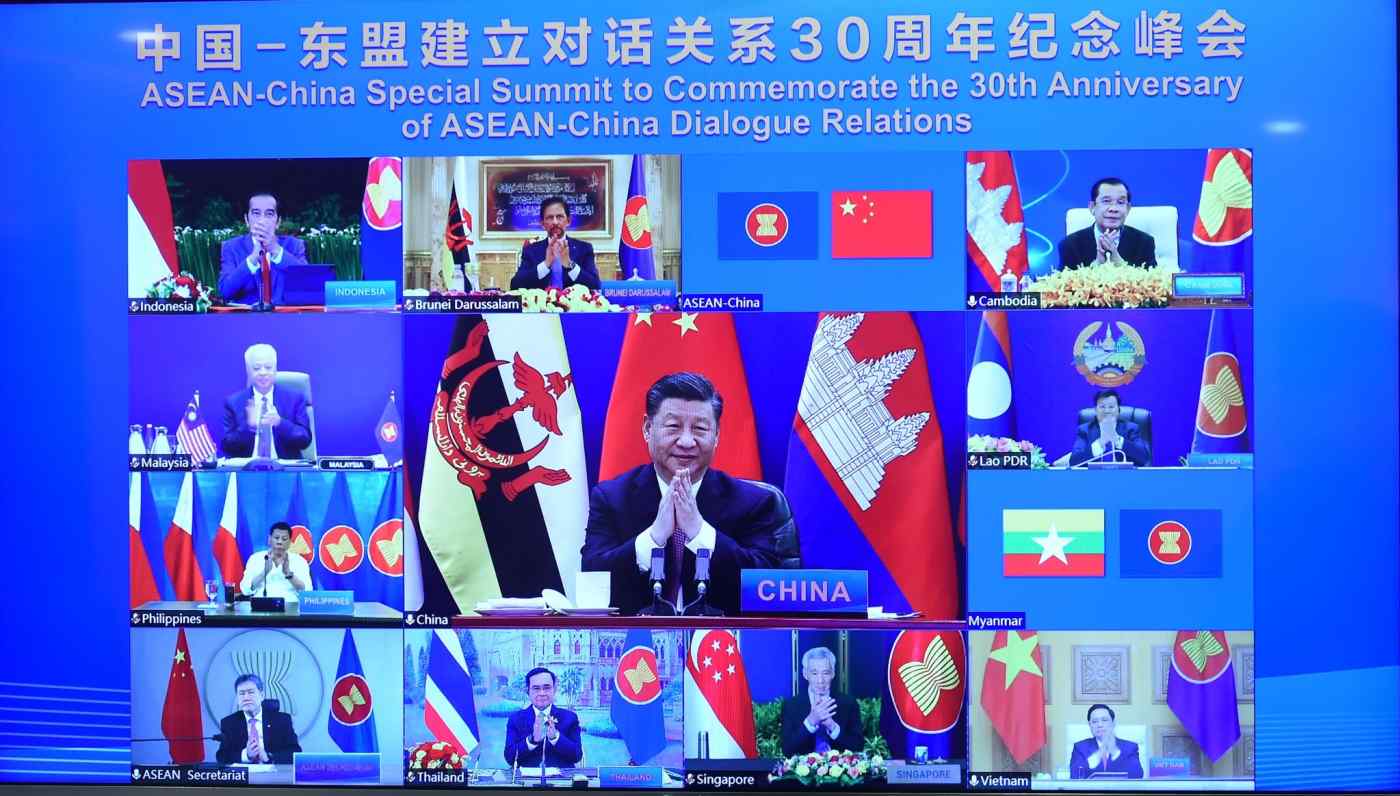 SINGAPORE/SHANGHAI -- Chinese President Xi Jinping on Monday made a rare appearance in a special online summit with leaders from the Association of Southeast Asian Nations, emphasizing Beijing's strong commitment to the bloc and promising to buy billions of dollars worth of ASEAN farm products.

The job of meeting with ASEAN counterparts typically falls to Chinese Premier Li Keqiang, the country's second-in-command. Xi's participation is seen as a signal of both his extended control over foreign affairs as well as China's ambition to play a more prominent regional role.