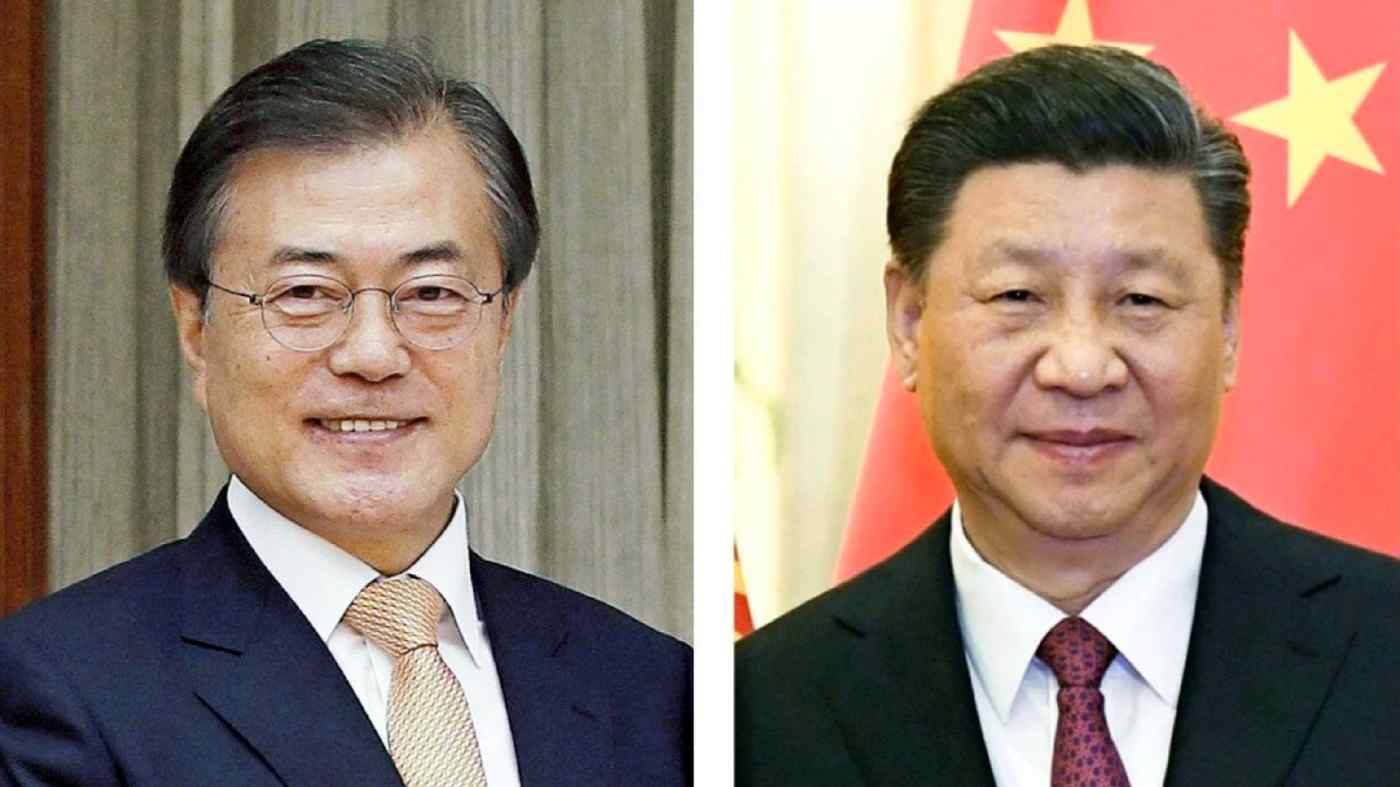 SEOUL -- Chinese President Xi Jinping plans to visit Seoul by the end of the year as planned, he told South Korean counterpart Moon Jae-in on Wednesday, in what could be his first trip overseas since the coronavirus outbreak began.

The two leaders agreed over a roughly 30-minute phone conference to start preparations for the trip once the pandemic is contained, the South Korean president's office said.

"There was no change to my plan to visit South Korea this year," Xi told Moon.

"The visit is most important to bilateral relations," Moon responded.

Moon asked the Chinese leader to visit sometime in early 2020 when they met at the end of last year. Xi said he would "actively consider" the idea at that time.

One possibility involved having Xi stop by as part of a planned visit to Japan in April, but that visit was later postponed due to the coronavirus.

Relations between Beijing and Seoul have been at an all-time low since 2016, when then-South Korean President Park Geun-hye decided to deploy the U.S.-developed Terminal High Altitude Area Defense missile shield despite Chinese protests. China continues to impose sanctions on K-pop and other South Korean entertainment products, but now is also interested in winning its neighbor over amid Beijing's deepening rivalry with the U.S.

Xi praised both countries' efforts to curb the coronavirus during the call Wednesday.

"Our countries have been a model for international cooperation on infectious diseases," he said.

China this month began allowing business travelers from South Korea to enter certain regions of the country. Travelers need to test negative for the virus within 72 hours of departure and again when they enter China. South Korea says 200 people so far have visited China under this framework.

"I hope this will be extended to more regions and to more travelers," Moon told Xi.

The leaders previously spoke by phone Feb. 20 to discuss their coronavirus response.